So You’re Saying There’s a Chance: How Meek Mill Can Still Win This Drake Beef 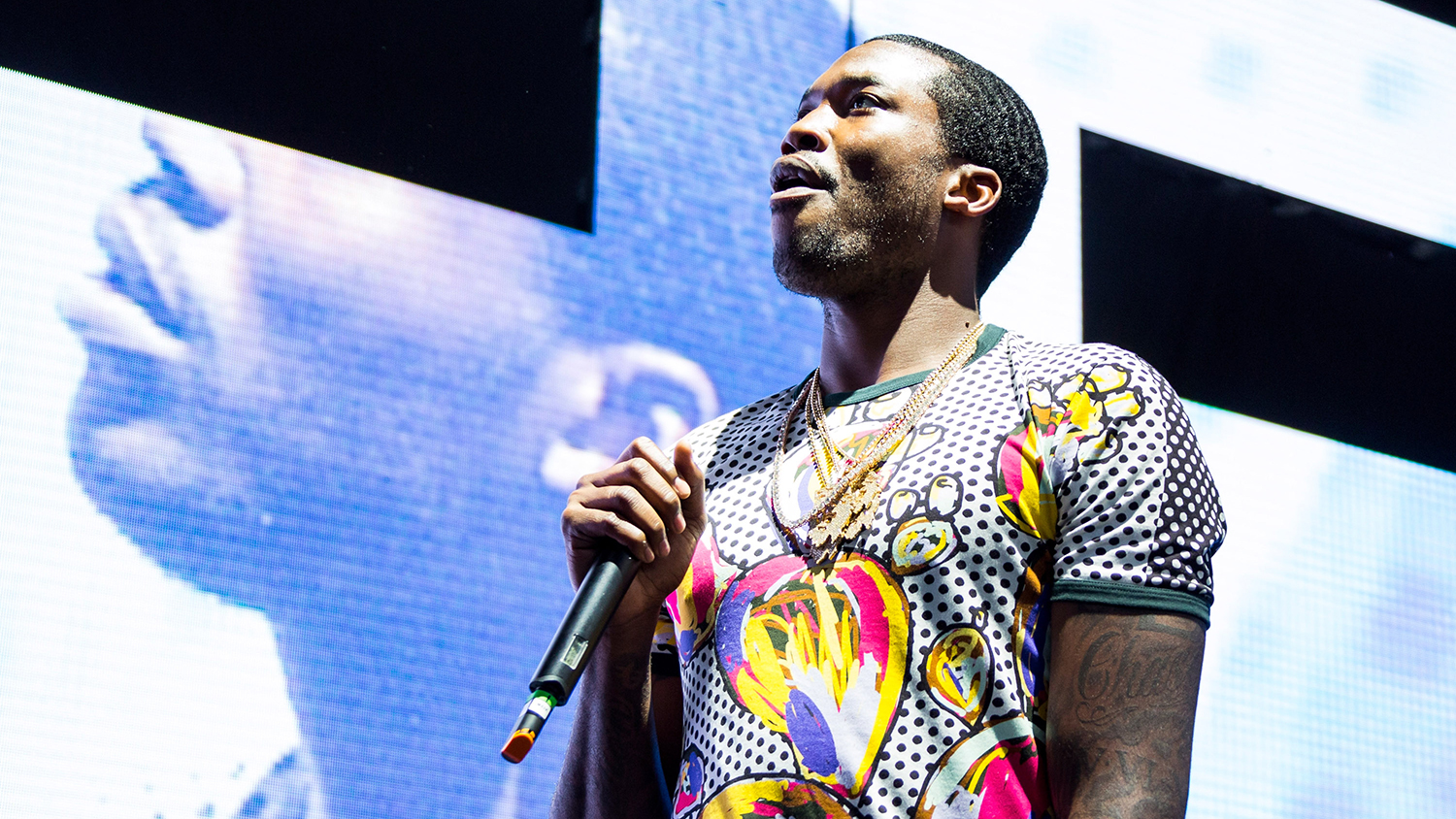 Someone just needs to explain to him how the Internet works.

Drake has a profound understanding of the Internet’s mechanics. He always has, or at least he has always seemed to, ever since he became super famous, which is when it matters the most. That’s the whole reason he is, at the moment, atomizing poor Meek Mill’s heart and carriage and bones and e-life.

I thought Meek had a much better shot at defeating Drake. I truly did. Particularly after Drake released the Meek dis track “Charged Up.” When that happened, Meek didn’t respond with a return song. He responded with two tweets. First:

Then, 25 minutes after that:

At this moment — THIS EXACT TWEET IN TIME — Meek Mill was not only beating Drake, but, more importantly, he looked to have a cursory understanding of the way in which social media judges who wins something and who loses something, which is definitely what the person who eventually defeats Drake in a public forum is going to need. His “I can tell he wrote that 1 tho……” was the absolute perfect response to “Charged Up.” It did three things:

It’s no accident that Drake titled that first dis track “Charged Up.” I’ll tell you exactly what happened (probably): He knew he was going to do a song at Meek. And he knows the way the Internet works. So he got his phone, perused the emoji catalogue, saw the phone-fully-charged emoji, saw the plug emoji, and said, “There it is. That’s what I’m gonna call it. ‘Charged Up.’” Minutes after it was released, Meek Mill’s Instagram comment section looked like this: 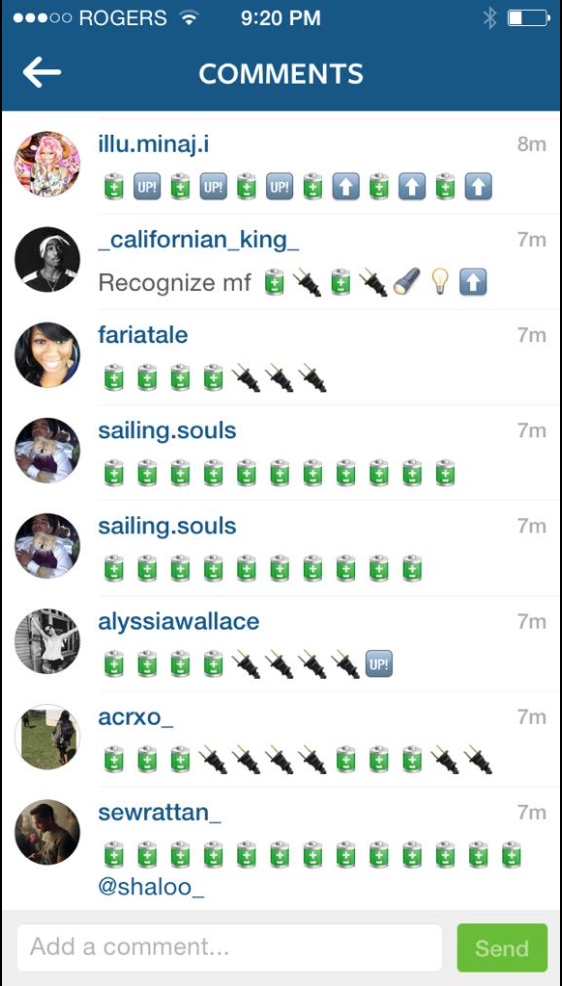 “Charged Up” currently has almost 5 million plays on SoundCloud. I don’t imagine more than 15 of the people who heard it thought it was actually a powerful dis record. But that wasn’t the point of it. Drake and Meek Mill are on way different tiers of popularity. Drake could’ve presented a masterful lyrical dismantling of Meek, but it would’ve only been fun to people who knew who Meek Mill was. In that sense, Drake needed to build Meek up (make him seem important) and then tear him down. He wasn’t allowed to only be concerned with making a dis song. He needed to make the disrespect inherent to it actionable and sharable for it to be the most effective.

That’s the part that Meek Mill doesn’t understand. When Meek tweeted the “I can tell he wrote that 1 tho……” thing, it seemed like he knew what Drake knows: In 2015, it’s just as important to allow people to be involved in the process. That tweet is the most shared tweet Meek has ever had.

Alas, it was less a calculated response and more an involuntary recoil, and that’s a strategy that will only ever work sporadically against a tactician as self-aware and maniacal as Drake.

Drake sensed that he’d lost that first round, and so he came back again, this time with “Back to Back,” which, now that more people were paying attention, was allowed to stand on its own. In it, he took swipes at Meek’s thug persona, at his relationship with Nicki Minaj, and at his use of Twitter. It was set up perfectly for Meek, a former battle rapper from Philadelphia. AND HE BALKED.

His response, “Wanna Know,” was dull and dreary and outdated.

In the early-to-mid-2000s, 50 Cent, who once took nine bullets that had been fired into his frame and turned them into an empire, felt compelled to drive Ja Rule into the earth because he thought he was a fraud. So that’s what 50 did, much to the delight of those who listened to rap. That’s what rap was like back then. Whether someone on a label called Murder Inc. Records had actually killed someone was a thing that rap fans cared about.

Near the end of the 2000s, 50 attempted a similar takedown of Rick Ross, who had spent two years positioning himself as this drug kingpin and then was revealed to have actually been a former correctional officer. Ross initially attempted to rebuff the accusations, sat and watched as the rumors were confirmed, then admitted it was true AND DENIED THAT HE EVER DENIED IT. And do you know what happened to him? Nothing. In fact, the album that followed the controversy, 2010’s gorgeous Teflon Don, earned Ross the third Gold certification of his career. By weathering that storm, Rick Ross questioned the notion of authenticity-as-necessity in the genre.

That’s why Meek’s “Wanna Know” had reverse buzz. It was detrimental to his cause.

Drake realized what everyone else has seemed to realize about Meek: He was ill prepared for a rap battle in the 2015 version of its universe. It started first with pictures of Drake prepping for his set yesterday at his OVO Fest while wearing a “Free Meek Mill” T-shirt, and then morphed into full and proper anarchy when he opened his performance with both “Charged Up” and “Back to Back” while screenshots of different memes from the Internet making fun of Meek Mill were projected onto a gigantic screen behind him.

DRAKE GOT MEMES FOR MEEK ALREADY UP ON THE SCREEN LMAOOOOOOOOO pic.twitter.com/5W66wjIktk

One of them was a participation award addressed to Meek for “Wanna Know.” One was a Meek Mill Amber Alert. One was a wedding picture of a bride and groom, except Meek’s face had been Photoshopped onto the bride’s and Nicki’s face onto the groom’s. He took Meek’s carcass, tied it to the back of his chariot, then drove it through Toronto.

And Meek Mill can still win this fight.

He’s going against Drake, as open a target as has ever existed in rap. If Meek shows even the tiniest amount of forethought or sense of humor, he can score. That’s all he needs to do. Maybe he starts the next song off with a play on those voice mail skits that Drake uses all the time. Ooh, or maybe he does a thing where he takes clips from Degrassi and uses them to have a fake conversation with Drake, like how Kendrick did with Tupac at the end of To Pimp a Butterfly. That could even be a stand-alone thing. Post it straight to Twitter or whatever. Just keep doing things like that, over and over. Can you even imagine if he did that? Can you even imagine if for one second Meek was funny?

Drake’s playing a different game right now. Meek needs to join him. He needs people in Drake’s Instagram feed posting pages and pages of the same two emojis, because the response is as critical as the music. If he does that, he can win. Or at least make it close. Or at least make it not a bulldozing.