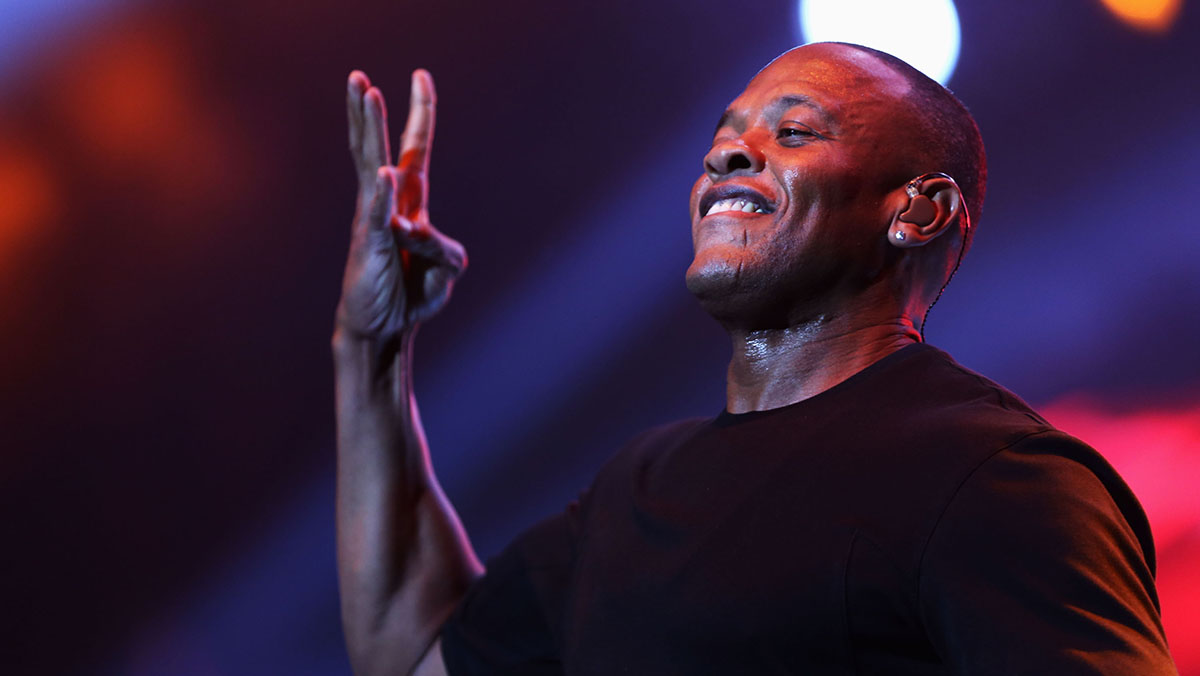 This weekend, Dr. Dre made an extraordinary announcement: Detox, the career capstone LP that he spent 13 years finessing while fending off torrents of flop sweat, has been scuttled. “I didn’t like it. It wasn’t good,” Dre admitted Saturday on his Beats 1 radio show, The Pharmacy, officially pulling the plug on one of the longest-running pop-star boondoggles ever. Instead, Dre will release a different record, Compton: A Soundtrack, on Friday exclusively through iTunes and Apple Music, relegating Detox unceremoniously to the historical dustbin of “lost” albums.

The Detox news seems significant for how insignificant it is. Detox was one of the most anticipated records of all time, a would-be masterpiece said to be “the most advanced rap album” with “12 or 13 singles.” But in the end, Detox was reduced to a music-geek punch line, a hip-hop Chinese Democracy that Dre couldn’t bring himself to finish. Now, there doesn’t appear to be much interest in even hearing Detox.1 Dre’s contention that Detox “wasn’t good” seems all too plausible; less-than-promising leaks from the Detox sessions started appearing online in 2009, followed by the turgid singles “Kush” and “I Need a Doctor” in 2010 and 2011. It all teased a record that was never going to arrive.

The best part of Detox — the best part of all lost albums — was its speculative greatness. Whether that meant actual greatness or a more degraded, train-wrecky form of greatness is beside the point. Either way, Detox was mythic. As a figment of your imagination, Detox couldn’t be beat. But the myth has faded, and I suspect it’s at least partly related to how we find and process music now.

There are two kinds of “lost album”: The first is a commercial failure that is rediscovered years later and celebrated as a masterwork. Typically, the excavators of lost music have been music critics and record-label archivists with an interest in “righting” music-history wrongs. In some cases, music once considered lost — like records by the Velvet Underground or Nick Drake — has come to overshadow other music that was far more popular in its time. (In retrospect, Grand Funk Railroad’s entire discography now seems more lost than any VU album.) But for the most part, the archival reissues industry continues to rely on unearthing unheralded geniuses — recent examples include the enigmatic singer-songwriter Rodriguez and the proto-punk band Death — that never connected with an audience in their times.

While there’s hardly an infinite supply of this type of album — the public’s taste isn’t that bad — it often seems that way.

“There’s so much music that you’re never going to be even remotely able to listen to all of it, even if you never slept,” insists Matt Sullivan, who runs Light in the Attic Records, one of the best reissue labels, which specializes in cult artifacts from the ’60s and ’70s by pop, rock, folk, and soul artists like Rodriguez, Michael Chapman, and Karen Dalton.

“Even the well of material from the 1960s to the 1990s, that well’s never going to dry up because there’s millions of recordings that have happened in that era alone,” Sullivan said. “Think about all the people they worked with — all the producers, the songwriters, and the studio players who did their own things that we’re all slowly beginning to discover. I just think it’s an endless cycle.”

The second kind of lost album is truly lost — whether as a result of personal whim (Prince’s The Black Album), psychological trauma (the Beach Boys’s Smile), botched execution (the Who’s Lifehouse), or industry meddling (the Jon Brion version of Fiona Apple’s Extraordinary Machine), these albums were shelved for extended periods. This is the category to which Detox now belongs.

What’s incredible about Detox is that it might be the rare lost album that stays lost. Because lost lost albums almost always come out eventually. The cachet of a record that they don’t want you to hear is just too great. The value derives from how the music is framed — most artists have a stockpile of songs somewhere that aren’t worthy of release. But once that music is deemed “lost,” it suddenly seems too good for most people to understand or appreciate. This is how boxed sets are born.

“Discovery” is one of the primary buzzwords that streaming services use to sell themselves, though it’s used in reference to a digital library that’s more or less fixed across platforms. Music consumers now have access to an unfathomable amount of data, and they measure competing services by who can best (or most cheaply) guide them through the morass. Music long ago was rendered worthless by the market — what’s being sold now is the mapping of music.

The process of discovery on streaming sites truly is an endless cycle that resets every three and a half minutes. Each song exists in an online universe so vast that feeling “lost” is the rule, not the exception. The reason that the romance of lost albums has dimmed is because, in a sense, all albums are lost now. 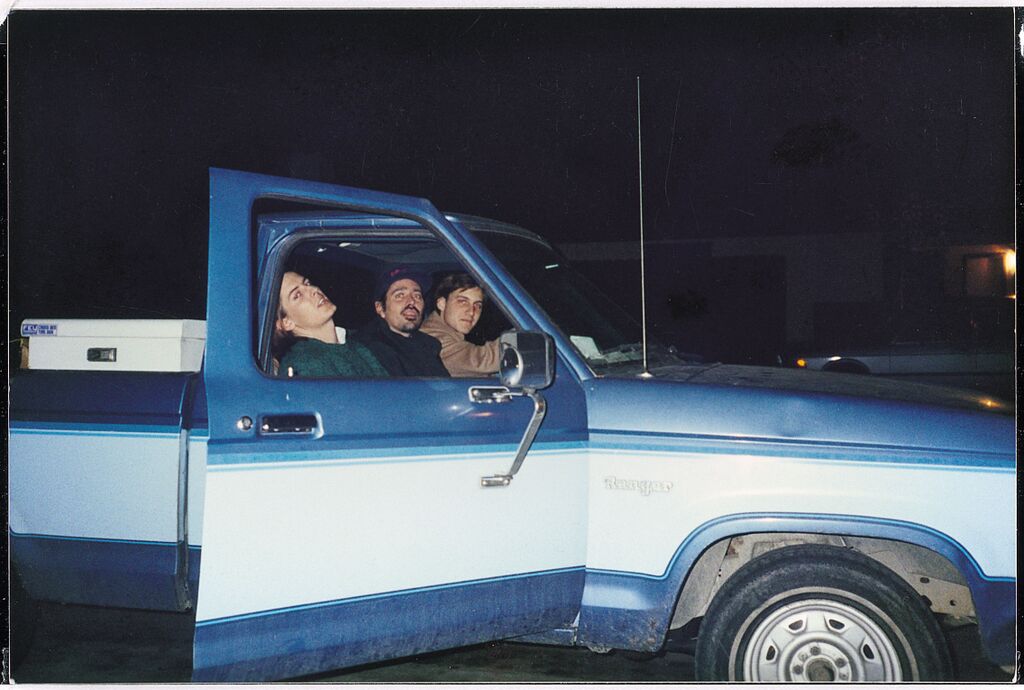 Next week, Matador will release The Secret History, Vol. 1, a compilation of B sides, radio sessions, and live tracks Pavement recorded around the time of the venerated indie-rock band’s 1992 debut, Slanted and Enchanted. (The label plans to put out similar archival releases for Pavement’s four other albums.) The title implies — and Matador’s press materials suggest explicitly — that The Secret History is a kind of shadow record companion for Slanted, illuminating roads not taken and providing a heretofore missing link in Pavement’s evolution. But that’s not exactly true.

The Secret History does have a lot of really wonderful songs that sound like they were written, arranged, and recorded in the same two- or three-minute span.2 The stuffy sterility inherent to most compilations is transcended by Pavement’s sheer spontaneity during this period. In its earliest days, the band kept it together just long enough on each track to put across a melody, a memorable lyric, maybe a guitar solo, and some spectacularly sloppy drum fills.

But since these songs are already available — via 2002’s Slanted and Enchanted: Luxe and Reduxe reissue — it hardly amounts to a “secret” history. Rather, The Secret History grandly repackages tunes that were obscure before the Internet, harking back to an era when it was harder and yet somehow less exhausting to find music. Tracking down 7-inches and bootlegs of Peel Sessions required more legwork in the ’90s, but at least the journey ended at some point, just like a vinyl record has a definitive ending — in contrast, digital music is bottomless.

The Secret History, in essence, is a handsomely presented facsimile of a lost album, a piece of tangible reconstructed treasure for those wary of rampant intangibility. You can plausibly argue that this squares with Pavement’s “meta-historical tradition” of playfully fabricating a classic-rock mythos around its records. But the band members themselves seem to understand that this is also about allowing younger listeners to experience an Epcot version of a bygone underground culture that Pavement once represented.

“When we reunited back in 2010, there was a whole new generation of Pavement fans — they’re a little more geared toward vinyl, and a lot of the stuff was never released on vinyl,” the band’s Scott “Spiral Stairs” Kannberg said during a phone interview last month. “I mean, it was originally, but a lot them weren’t compiled like we did for the CD/DVD reissues.”

Along with Pavement’s other founding member, Stephen Malkmus, Kannberg has been making the rounds in the music press to promote The Secret History. However, neither has actually heard the album.

“It’s like, you can hear ‘Purple Haze’ and [then] you don’t need to hear it again,” Malkmus reasoned.

As someone who has played The Secret History, I was happy to inform Malkmus and Kannberg that it captures Pavement at its loosest, loopiest, and most likable. While later records like 1994’s Crooked Rain, Crooked Rain and 1997’s Brighten the Corners found Pavement settling into a relatively straightforward alt-rock formula, the band’s early-’90s incarnation toed the line between inspired sorta-professionalism and unabashed amateurism. Starting as a trio rounded out by a prog-obsessed hippie drummer named Gary Young, Pavement eventually expanded to a full-fledged band with bassist Mark Ibold and multi-instrumentalist Bob Nastanovich, though the nonchalance remained intact.

“We didn’t really do a lot of takes of everything, to tell you the truth,” Kannberg said. “Maybe the last record, Terror Twilight, maybe we ran through a song more than 10 times. [On] the early records, we probably went through one or two takes and went, ‘OK, that’s fine.’ Because the mistakes, you know, whatever. Who cares about mistakes?”

In 2015, Pavement’s cultural relevance is dubious. Indie music — if “indie” still functions as a workable genre signifier — has never sounded less like Pavement. The group’s embrace of free-form anarchy is more akin to jam bands than the hip vanguard. While it’s doubtful that Grimes would ever cover a Pavement song, Phish once broke out “Gold Soundz” in concert.

Malkmus and Kannberg don’t really dispute this. As products of an independent music scene that was skeptical of, if not openly hostile toward, commercial interests, they are the opposite of natural-born salesmen. Malkmus and Kannberg were both somewhat bemused by questions about Pavement’s legacy and whether it still matters.

“If you read the media, the mainstream is dance music and hip-hop-y-type stuff,” Malkmus said. “That was, like, the Chemical Brothers and shit like that. So, I don’t know if that whole world was affected by the ’90s. I don’t know what the pulse is.”

Nevertheless, the release of The Secret History is motivated by demand from a small but committed audience — apparently, the target demographic is rock fans born between the years 1983 and 1992 who prefer to listen to music on wax.3 As for Malkmus and Kannberg, they remain staunchly irreverent about their own careers. There’s still some unheard Pavement music that’s yet to be released — mostly early radio sessions, by Kannberg’s estimation — but it likely won’t remain lost for long.

“If somebody wants to release it, that’s cool with me,” Malkmus said. “People can find it on the Internet anyway if they want.”

So You're Saying There's a Chance: How Meek Mill Can Still Win This Drake Beef