Kanye Finally Spoke to a Reporter, and the Result Was as Splendid as You’d Always Hoped 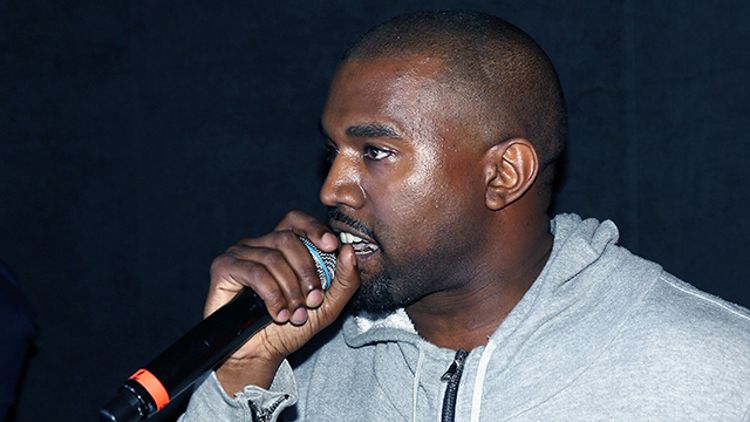 For years now, Kanye West has operated under a semi-official media blackout. Figuring — totally correctly! — that he, unlike his fellow unwashed pop star masses, was crafty and clever enough to fashion his public image only through Twitter and Tumblr spiels. Kanye has put the kibosh on most major magazine interview opportunities. In 2010, Slate put together a “profile” of Kanye using only quotes and anecdotes he’d already shared online (“‘Fur pillows are hard to actually sleep on,’ Kanye West tells me”), and noted that, since the 2007 death of his mother, he had only really sat down and talked to a reporter at length three times. Since 2009’s Swiftgate, that mentality seems to have only calcified.

Which means, while there certainly have been dribs and drabs here and there (possibly about his fashion line?), this New York Times interview with our dude Mr. West is the first real sit-down he’s granted in something like four to six years. And boy was it worth the wait. Please, do read the whole thing yourself, if only to see ‘Ye in one hell of an elegantly tattered red balaclava. But, for now, some choice cuts.

On why he still gets mad at critics:

Seventh grade, I wanted to be on the basketball team. I didn’t get on the team, so that summer I practiced … And then when I went for eighth grade, I practiced and I hit every free throw, every layup, and the next day I looked on this chart, and my name wasn’t on it. I asked the coach what’s up, and they were like, “You’re just not on it.” I was like, “But I hit every shot.” … I wasn’t on my eighth-grade team, because some coach — some Grammy, some reviewer, some fashion person, some blah blah blah — they’re all the same as that coach.

I don’t know if this is statistically right, but I’m assuming I have the most Grammys of anyone my age, but I haven’t won one against a white person.

On Swiftgate, one more time:

“Dark Fantasy” was my long, backhanded apology … It was like, all these raps, all these sonic acrobatics. I was like: “Let me show you guys what I can do, and please accept me back. You want to have me on your shelves.” … That was the album where I gave people what they wanted. … It’s always going to be 80 percent, at least, what I want to give, and 20 percent fulfilling a perception. If you walk into an old man’s house, they’re not giving nothing. They’re at 100 percent exactly what they want to do. I would hear stories about Steve Jobs and feel like he was at 100 percent exactly what he wanted to do, but I’m sure even a Steve Jobs has compromised. Even a Rick Owens has compromised. You know, even a Kanye West has compromised.

[I]t was pretty bugged out. When you think about it, I was wearing like, a Juicy Couture men’s polo shirt. We weren’t there, like, ready for war.

On being a parent:

One of the things was just to be protective, that I would do anything to protect my child or my child’s mother. As simple as that. … I don’t want to explain too much into what my thoughts on, you know, fatherhood are, because I’ve not fully developed those thoughts yet. I don’t have a kid yet. … I just don’t want to talk to America about my family. Like, this is my baby. This isn’t America’s baby.

Architecture — you know, this one Corbusier lamp was like, my greatest inspiration [on Yeezus]

I am undoubtedly, you know, Steve [Jobs] of Internet, downtown, fashion, culture. Period. By a long jump. I honestly feel that because Steve has passed, you know, it’s like when Biggie passed and Jay-Z was allowed to become Jay-Z. … I will be the leader of a company that ends up being worth billions of dollars, because I got the answers. I understand culture. I am the nucleus.

J-Kwon, “Tipsy.” People would think that’s like a lower-quality, less intellectual form of hip-hop, but that’s always my No. 1.

Ahhh!!! That is the best song of all time!!! Why did it take so long for us to get the wool pulled from before our eyes?!! Thank you, J-Kwon. Thank you, truth. Thank you, Yeezus.