Travis Scott on New Fame, Past Accusations, and His Wild West Live Show 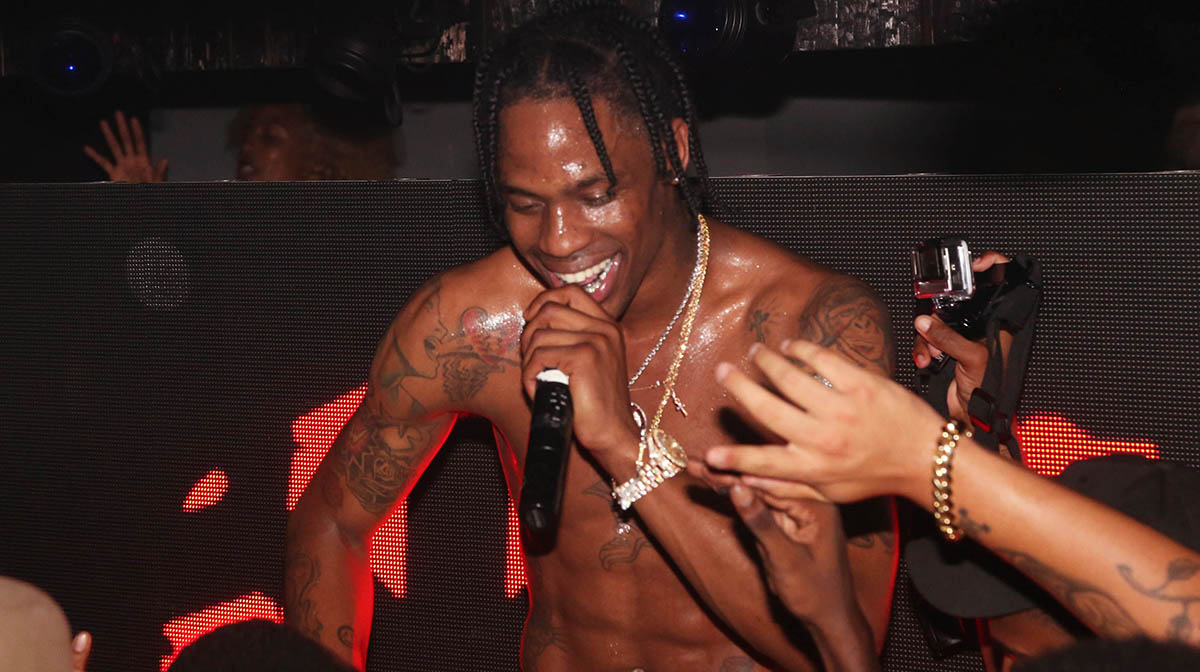 “Chaos, rage, blood, sweat, tears — and happiness and love. No bad vibes at all.” This is what Travis Scott had told me he expects from his live shows as we sat in a Chevy Suburban before a recent show, and the crowd later at the Fonda Theatre in Los Angeles did not disappoint. Shoes flew through the air, bodies surfed through the crowd, and an almost hysterical sense of anticipation coursed through the building. In the eye of the storm was Scott, standing in fog, amid an Old West stage set, as a sold-out crowd chanted, “Travis! Travis!”

The cowboy ethos runs deep for the Houston native. He named his major-label debut album Rodeo, and his stage set employs the imagery of Westerns. To hear him tell it, his concerts are one part punk-rock basement show and one part saloon shootout: “We like motherfuckin’ broncos,” he said. “We never rehearse. We go and see what the kids are here for, what they’re vibing to, and then we play it out from there … that’s how we know.”

It’s all happened quickly for Scott, whose story bears a striking resemblance to that of his mentor, Kanye West:1 Scott, too, is a college dropout with frantic ambition.

With a drive seemingly tailored to the musical moment, Scott has come of age in a world where artists craft their personas online and are often as responsible for their images as they are for their music. Scott’s knack for layered production has given his songs an ethereal, almost gothic feel, while his sinister wordplay and ability to mask dark tones with vocal manipulation has prompted West to, according to Scott, charge him with “carry[ing] the music through time.”

Scott’s story is one of hard work and serendipity. He has often found himself in the right place at the right time, but he usually had to work hard to get to those places. It’s a new world for the ex–University of Texas student, who went from a couch-surfing, phone-less, self-proclaimed savant looking for his sound to a renowned producer and rapper working with T.I., West, and Jay Z. He had to hustle just to get the chance. According to Scott, he facilitated the transition from student to full-time musician using the money his parents sent him for tuition and books to fund his budding career.

He came to T.I.’s attention after Scott released the eye-popping video for “Lights (Love Sick).” A studio session ensued, and a track of T.I. freestyling over Scott’s self-produced “Animal”2 was eventually released.

But despite these famed associations, it was working with Jay Z that Scott identified as a turning point in his career. With his self-described “golden ear,” Scott stumbled upon Wondagurl’s production for the song that would become “Crown,” which landed on Jay’s commercially successful but critically maligned Magna Carta Holy Grail.

His mentors also taught him that sound and vision were equally important. For Scott, image is everything. As his music has changed, so has the related imagery. You can see the difference between his “Lights (Love Sick)” video and the dark, fantastical, into-the-woods clip from Owl Pharaoh’s “Upper Echelon.”

“When that ‘Love Sick’ video came out, I was just [a] young [kid] from Houston,” Scott said. “And I was gravitating toward a certain culture. Looking back, I probably wouldn’t have done it like that. I think of Westernized culture as a good visual for my music.”

According to Scott, he found the connection between his sound and Wild West imagery on the mixtape Days Before Rodeo, the precursor to his debut. He cited Nabil Elderkin, a longtime West collaborator, as well as a few iconic and unlikely filmmakers for influencing the experience.

“Robert Rodriguez, Quentin Tarantino are definitely some of [my] biggest inspirations,” he said. “John Hughes, too. I fuck with the pop culture vibe he brought to the table. He set it up for black kids.”

Scott’s quick rise has raised critics’ eyebrows — he’s been called a biter, a tasteful thief, and much worse by someone who claims to be former associate. He has been accused of stealing songs and faced allegations of sexual assault. Scott has vehemently dismissed the claims of theft. When I asked him about the sexual assault allegations, he described them as “some stupid shit, really,” and quickly moved on.

Although Scott has grown as an artist, his personal life remains a question mark. He’s elusive and vague, but surprisingly upbeat.

“I feel like I finally broke out of the mold,” said Scott. “Just finally knowing myself and finding myself.” 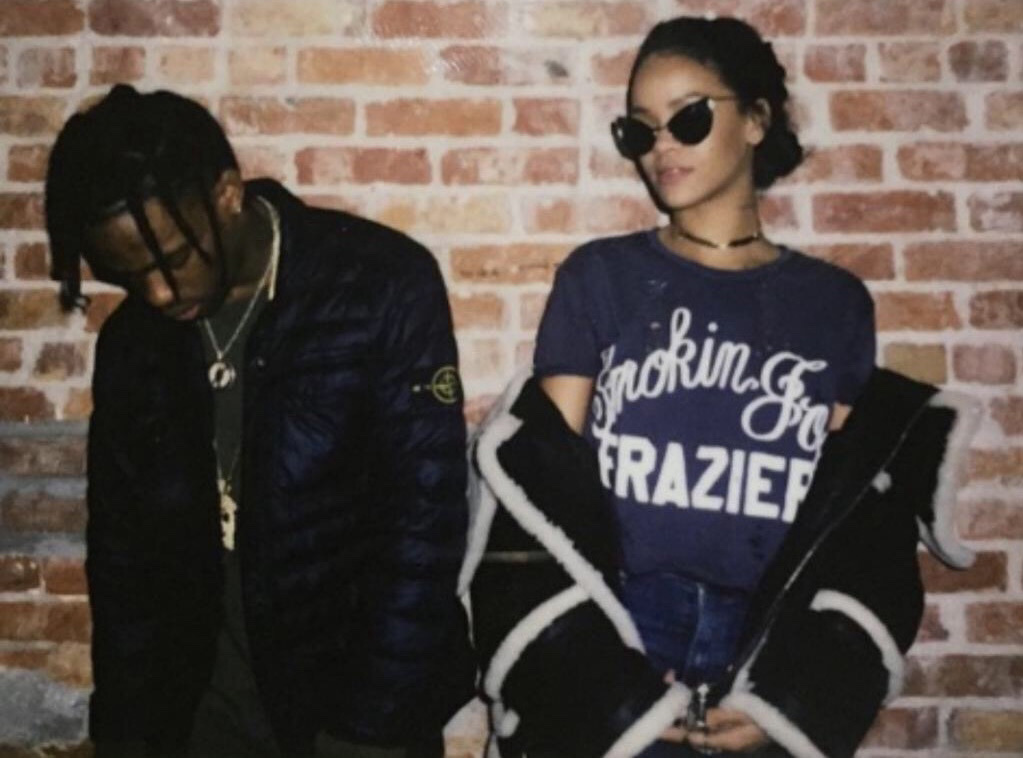 At the Fonda, Scott turned his back on the crowd and faced the screen behind him on stage. Then he walked to the front corner and dapped up NBA All-Star James Harden and fellow G.O.O.D. music artist Big Sean, who excitedly bounced as Scott’s single “Antidote” began to play. Scott was conducting his show as if it were a status check on a Houston-based shuttle set for liftoff. Or a bull at the gate of a bucking chute.

He and Big Sean threw themselves off the stage, leaping into the crowd as Scott’s catchy hook rippled through the venue. Harden rapped every single syllable.

With the celebrity mentors, celebrity fans, celebrity (maybe) girlfriend, and the very now sound, this is Scott’s moment. But he wanted to talk about only the future.

“Rodeo is one of the first steps of getting to that vision,” he said in the Suburban. “We’ve still got a billion more steps to go. But we’re getting close.”

How Radiohead’s ‘Kid A’ Kicked Off the Streaming Revolution