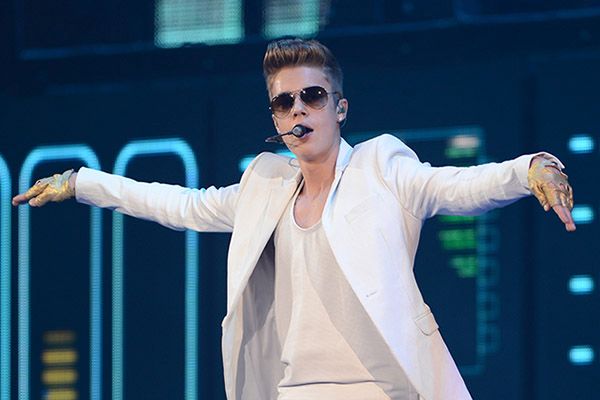 In the eyes of the law, Justin Drew Bieber — he turns 19 on March 1! — is a fullly grown man. In our eyes, though, he’s something more akin to a baby duck, fresh out of a hatched egg. Sure, the duck crushed it inside the egg; he had teen girls shouting bloody murder while chasing him down the streets. Now that he’s outside the egg, though, things are harder: There are different sorts of expectations, and all kinds of complications and demands, and some serious competition, out here in the non-egg world. In other words: It’s time to check in on how Justin Bieber’s Awkward Adult Transition is going!

Ah, you know, hard to say. TMZ’s really enjoying Bieber’s burgeoning palmanship with YMCMB’s senior youth correspondent, Lil Twist, fashioning it as a classic tale of “pop megastar seduced by unfamous rapper into a life of sizzurp and R. Kelly meet-cutes.” But is anything of note actually happening here? So he’s hanging with new buds and experimenting with low-level narcotics (alleged blunt usage has been thrown in the mix as well). Again, he’s 18 going on 19, which is like midway through freshman year of college. Midway through your freshman year of college you were probably doing way sloppier stuff. And that stuff, my friend, probably heavily involved an ice luge. Glass houses, people.

More damning? It’s now become alarmingly clear that Bieber’s not yet intending to stop rapping. And while so far his dalliances have been infrequent, and unofficial — a radio station drop-in “freestyle” here, a jokey YouTube appearance as hip-hop alter ego Shawty Mane there — they have now gotten real. As in, “guest-rapping on another person’s song just like 2 Chainz” real. And it’s not just any song. It’s a song called “Lolly” by a fellow named Bei Maejor; it features Juicy J rapping, of course, about Molly; and it’s about, you know, blow jobs.

Jump up to a minute into the proceedings, and follow along. Right away: “Going Al Pacino,” Justin? You’re “going Al Pacino”? Now is that modern-day, Phil Spector–y Al? Early ’90s hoo-ah’ing Al? Or perhaps ’70s prime “nuanced portrayal of desperate man robbing bank to pay for boyfriend’s sex reassignment surgery” Al? Points docked for lack of detail. Then: You brag about your sneaker but you never once mention a brand or a flashy color detail or really any defining characteristic of those sneakers. Again: Show, don’t tell. And finally, re: “got your girlfriend at my crib watching Netflix” — on “Brand New Guy,” Schoolboy Q set a pretty high standard when it comes to dropping references to unconventional situations featuring Netflix in rap music. Let’s not go sullying the good name of dropping references to unconventional situations featuring Netflix all willy-nilly like that.

February Book Recommendations: Wise Men, Give Me Everything You Have, and Vampires in the Lemon Grove