When Video of Justin Bieber Peeing in a Cup Hits the Internet, the Only Person Who Wins Is Florida Man 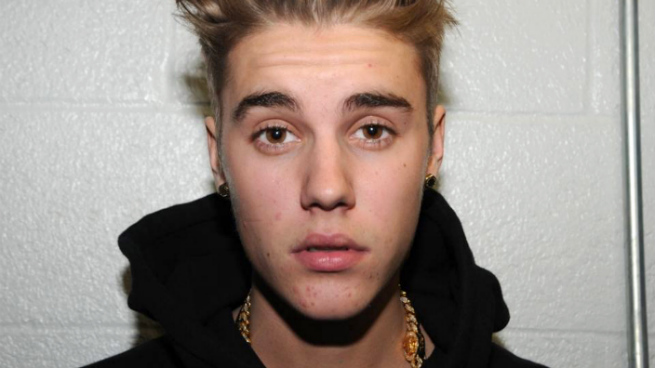 “Grandma,” said the little boy, “how come the weirdest shit always goes down in Florida?”

“Little Timmy, I honestly can’t say,” his grandmother replied. “Back when I was a young girl, there was a saying on one of our old television programs: ‘Don’t all the nuts roll downhill to Florida?’ Way back in the day, even before hoverboarding was an Olympic sport, your Grandpa and I used to sit around and chuckle at all the funny antics those Florida people got up to. In just one week, a man attacked his ladyfriend with a banana and the police found a severed foot in a shoe on the beach. People were chewing each other’s ears off for cigarettes.”

“Is that when you first knew about Him?”

“We’d heard of him, but yes. I think it was about that time — 2014, I’d say — when we first started to realize that Florida Man was one malicious figure instead of lots of stupid people spread out all over the state. It would be years before we realized that everything had been clever decoys the Florida Man constructed to distract from his own evil plot.”

“Yes, the evil plot to ensnare fallen pop icon Justin Bieber in a DUI arrest in Miami in order to make sure that videos of Bieber taking a urine test were released to the media. Florida Man, you see, has to eat other people’s shame to keep himself alive. Every time a person looks on something that humiliates someone else — and of course, it has to have happened in Florida, because otherwise the Arizona Man or whoever would benefit instead — Florida Man feels replenished, like he’s just enjoyed a trip to the spa at Epcot Center or a big slice of ill-begotten key lime pie. The videos of Justin Bieber taking a tinkle, with a little censorship blur over his pee-pee — well, that was his ultimate coup, Timmy.”

“And that was what made him so strong,” whispered Timmy, “and why he’s still alive today, only bigger and more terrifying. Last week I heard he made a man eat six bears in one sitting, then had him try to murder his coworker with a handful of paper clips and an old Blu-ray copy of Pink Flamingos.”

“It’s exactly why. The media’s half to blame, I’m afraid. Florida’s public records law, which allows the media uniquely deep access to police files and documents (including photos, videos, and what-have-you), is part of the reason we outsiders tend to think of it as some sort of scary neon carnival with bizarre legal loopholes that could land you in big trouble. Everything is made public. Other than that, and Florida Man, I actually think it’s quite nice there. Balmy. Sick sunsets.”

“Of course you do,” responded Timmy. “You’re legally obliged to move there in three years, when you turn 104. I just downloaded that from history class.”

“Yes,” said Grandma sadly, “I hate that law. I’d like to stay put in the United States, I really would, instead of being shipped off to the peninsula. I do so wish Florida Man wasn’t so close with the Illuminati. Those laws never would have been passed otherwise. But keep in mind that Mr. Bieber had been on a bad road for a while, offending regular citizens from Sweden to Calabasas, wreaking havoc from the Great Wall of China to the Hamptons. Don’t forget what he did to his own grandma. Don’t you ever pull that kind of business with me, Timmy.”

“I think it was unfair,” said Timmy, “that everyone was so hard on him when he was just blazing tree.”

“Keep in mind, it was illegal then,” Grandma said. They laughed and cashed the bong. A police officer drove by, stared in the window, smiled, and honked hello.

“Grandma, you’re crazy old,” said Timmy. “I can’t believe you ever lived in a pre-Bieber-penis world. That’s bizarre to me.”

Grandma sighed. She missed that world.

“In all seriousness, Timmy, there’s a lesson to be had here. What did we learn? Florida Man doesn’t like to be disrespected. Florida Man doesn’t like sagging trousers. Florida Man is prudish and vengeful, and when you’re at your very weakest — when you’re doing hinky things and letting your friends take the fall, when you’re carousing with strippers without confiscating their phones first like any reasonable celebrity — Florida Man will find you. And he’ll make himself very small, and snuggle into the glove box of your yellow Lamborghini, and he’ll say, Do it, Timmy. Drag race your young, wild heart out, right here in Miami. Because Florida Man knows what will happen: All your tattoos will be displayed to the world (some of them may be pretty lame), and a video of you peeing into a cup will eventually hit the Internet. And even though there’ll be a little black line over your seabiscuit, it’ll be just as bad as if there weren’t. It’s not only embarrassing, it’s dangerous, and in Mr. Bieber’s case it seemed particularly ill-advised, no matter how much to blame he was for landing himself in that position in the first place.”

“They tried to save him,” mentioned Timmy, “didn’t they? His friends? With an intervention?”

“It was too late,” said Grandma. “Florida Man got there first. And the rest — the secession, the kitten extinction, the Plague of Domesticated Axolotls, Scootergate, the regrettable Jaden Smith homeschooling revolution — is history.”

Grandma walked Timmy into his room and tucked him into bed.

“So you’re saying we’d still have kittens if those videos of Justin Bieber hadn’t been handed to the press?” Little Timmy looked out the window at the sky. “That makes me feel sad.”

“Me too,” said Grandma. “I sure wish we’d known what would happen back then, but we were young and stupid. We thought we wanted to see. But you know what, Timmy? We really didn’t. No, sir.”

Just outside, California Man was huddled under the window, drinking an $11 juice and laughing quietly to himself.