Johnny Depp and Wes Anderson Check Into the Budapest Hotel 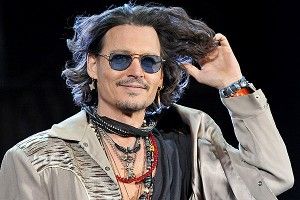 Guess who’s branching out? Wes Anderson has landed Johnny Depp for his next project, The Grand Budapest Hotel, meaning both Wes and Johnny are leaving their comfort zones. For once, Depp will not be making a movie with Tim Burton in which his character slinks around all creepily in white face paint; for once, Wes Anderson will not be … well, he wrote and directed Budapest, so even if there aren’t any details yet available (other than that the movie shoots in Europe), you can bet your bottom dollar Wes Anderson will still be making a precious, wistful, intricately constructed Wes Anderson movie. What’s more, THR reports that Anderson is trying to land a slew of his regulars — including Bill Murray, Owen Wilson, Edward Norton, Adrien Brody, and Willem Dafoe — plus newer faces like Jude Law, Jeff Goldblum, and Angela Lansbury for Budapest. (And why would he feel motivated to change much, anyway? His latest flick, Moonrise Kingdom, has pulled in $44 million internationally — big, big numbers for a Wes Anderson joint.) But still, credit must be paid: Wes, in his own particular manner, is shaking things up and working with a legit big-shot Hollywood movie star.

Now let the speculation over what this movie is about begin! I’m going to guess … a Budapest-set shot-for-shot remake of Dunston Checks In?