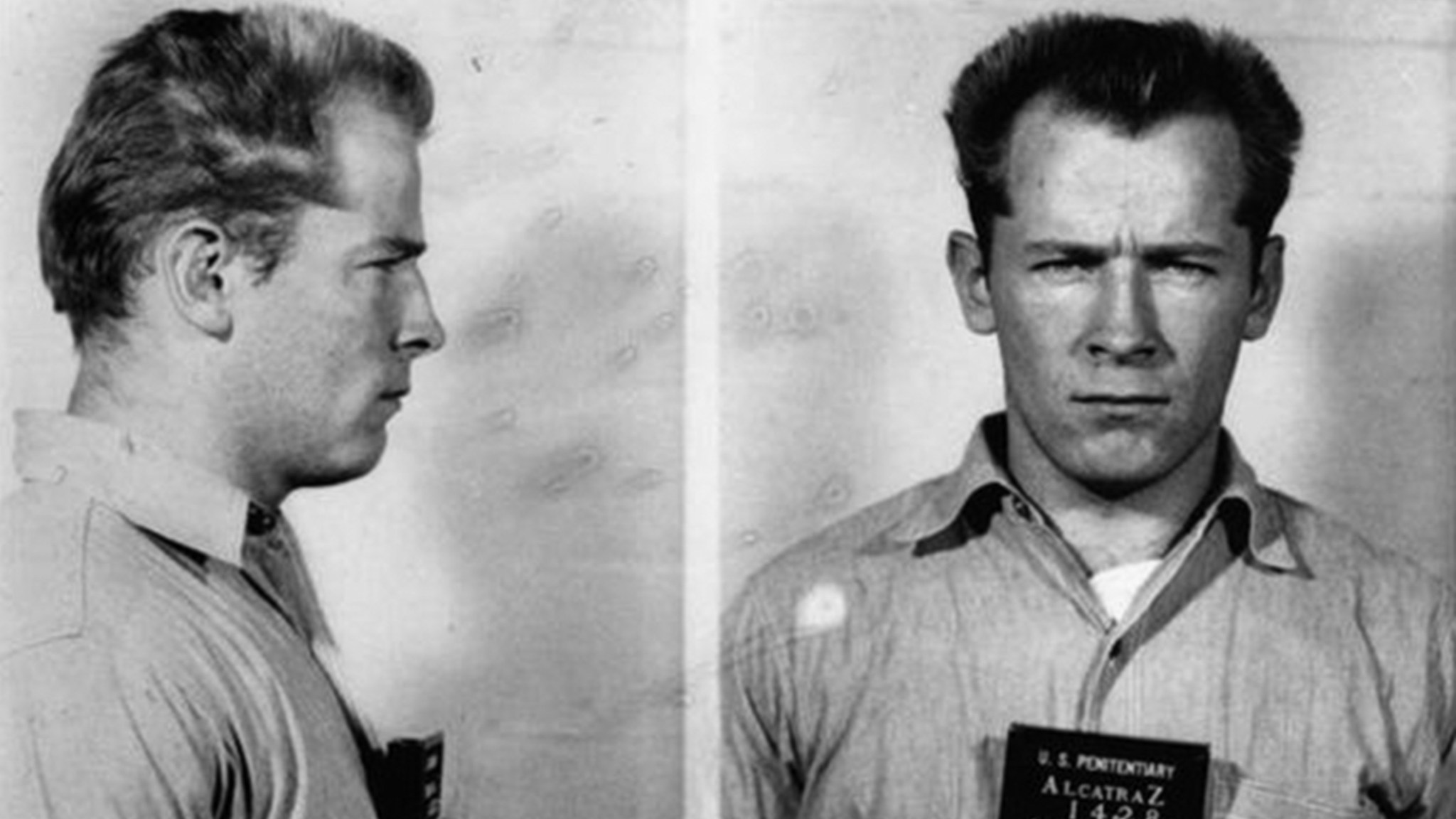 The story of James “Whitey” Bulger — the Irish mob kingpin who strangled and bludgeoned and cheated his way to the top of Boston’s underworld — did not end when, tipped off to impending FBI indictments, he fled the city in 1995. It did not end in 2011, when he was found living — near the beach, with his girlfriend — in Santa Monica, California.

It did not end in 2013, when he was found guilty on 31 of 32 counts, including racketeering and 11 separate murders, in U.S. District Court in Boston and sentenced to two consecutive life terms. And it will not end when, sooner rather than later, the man, now 86 years old, dies in his prison cell in a federal penitentiary in Sumterville, Florida. The story of Whitey Bulger will end this Friday, with the release of Black Mass. Like all great American outlaws, Whitey’s real story ends as the pop-culture lore begins.

He came up a street thief and brawler for a South Boston kid gang called the Shamrocks. Later, after washing out of the U.S. Air Force, he’d get pinched on armed robbery; while in federal custody, he subjected himself to the CIA’s MKUltra LSD experimentation program in exchange for a shortened sentence. Eventually, after a cred-earning stint in Alcatraz, he finished a nine-year prison sentence. In 1965, he made his return to Southie.

Over the next few decades — through cocaine and crew coups, through IRA gun runs and Megabucks chicanery, through at least one gang war incited by the biting-off of a man’s nose — Whitey took over, and ran, Boston crime. But remove from your mind the cinematic image of a pristine, clean mob boss, signaling deaths with the flick of a wrist. There were no capos or lieutenants layered on as insulation. Alongside his Winter Hill Gang’s associates, Kevin Weeks and Stephen “The Rifleman” Flemmi, he himself did the blood-splattered dirty work. When Whitey ruined your life, he did so in person.

When he took ownership of Stephen Rakes’s liquor store, he did it with a gun and the explicit threat of murder in front of Rakes’s child. Recalling the incident in the 2014 documentary Whitey: United States of America v. James J. Bulger, Rakes says, “Ever since that day, I’ve never been the same. I couldn’t protect my own children. As a man, that just took me away.”

When Bulger killed Flemmi’s stepdaughter Deborah Hussey — she was deemed unreliable —  he “looped a rope around her neck, tied a stick to the rope and twisted it until she choked to death.”

On a spring day in 1982, while disguised in a “floppy hat and a long-haired wig,” he murdered Edward Brian Halloran and Michael Donahue by spraying the Datsun they were in with gunfire in the parking lot of the restaurant Anthony’s Pier 4.

Halloran was a coke dealer known as Balloonhead who, due to his own legal troubles, was planning on giving information about Bulger to the FBI. Donahue was a civilian through and through, a construction worker with three kids. On the night of the murder, he’d run into his neighborhood friend Halloran and agreed to give him a ride. If you want to understand the capricious and wanton destruction levied by Whitey during his reign, you can start with the murder of Michael Donahue.

In 2006, with Whitey gone for more than a decade, The Departed thrillingly mined this relationship. Jack Nicholson played Frank Costello, a Whitey stand-in with voluminously lascivious tastes and a stomach-turning charm. Matt Damon played Colin Sullivan, a Connolly stand-in similarly uneasily beholden to his potent elder.

Ray Winstone’s Frenchy was effectively a composite character of the likes of Flemmi and Weeks, but felt unsettlingly real. Mumble-mouthing his way from his native Hackney to somewhere near enough Boston Harbor, hand-combing his greasy hair back into place, Winstone nailed a sleazy, murderous heaviness. He made it clear that this — putting bullets in foreheads on windswept, rocky beaches — was hard work.

In real life, it was Flemmi who was arrested first, in 1995. Then Whitey took off. And then the truth about their relationship with the FBI began to emerge, and Weeks made a deal. Eventually, he’d go on TV to talk about the plot to kill Boston Herald columnist Howie Carr — a showy firebrand who’d go after both Whitey and his brother Billy with equal fervor — by exploding a basketball full of C4. Carr’s response to being told that Weeks had at one point waited outside his house ready to murder him: “It just doesn’t seem like Kevin would have the stones to do it.”

Poke around a bit and more nearly unbelievable bits emerge. After a report of a Whitey sighting at a showing of The Departed in a San Diego movie theater, authorities actually did search for a time, unfruitfully, in Southern California.

William Monahan had adapted the script for The Departed from the Hong Kong film Infernal Affairs,1 which meant large swaths of the real Bulger legend were left untold. That includes arguably the most remarkable part: that, while Whitey was thieving and murdering, his kid brother Billy was rising to become Boston’s greatest political operator.

For 18 years, Billy Bulger was president of the Massachusetts Senate, and the man largely understood as the town’s true holder of power. In 1992, 60 Minutes’s Morley Safer profiled Billy, attempting to do so with a reserved distance. But the piece heavily featured Billy in his element: carousing at the front of the St. Patrick’s Day Parade, holding court at the St. Patrick’s Day Breakfast with colorful characters like ol’ Wacko Hurley. And so it couldn’t help but let him shine.

Throughout his time in power, Billy never worked to distance himself from Whitey. “If I die before I wake,” he says during the 60 Minutes piece, in footage from the breakfast, “put 10 dollars on 7-3-4-0-8.” He pauses, then cheekily references the assumed theft of a winning Massachusetts State Lottery ticket by Whitey: “My brother wrote that prayer.”

In 2003, when he was president of the University of Massachusetts, the New York Times reports, “he testified before Congress … that he did not know his brother was involved in murder or narcotics trafficking and even denied having heard of the notorious Winter Hill Gang, which his brother led. … His apparent stonewalling led to his forced resignation from the university, though he left with a state pension of $200,000 a year.”

And there may still be tellings yet to come. For a few years now, Damon and Ben Affleck have been planning a Whitey project. This week, while speaking to The Hollywood Reporter, Damon said the existence of Black Mass has halted his version: “It’s getting great reviews, and if it’s kind of a seminal Whitey Bulger story, there’s no reason to tell that story twice.”

Then again: “Ours was very, very different from Black Mass, which I read” — he means the nonfiction book optioned for the movie, written by Dick Lehr and Gerard K. O’Neill — “or The Departed or any of the things that have kind of been made about Whitey Bulger. We were gonna go a very, very, very different way. Maybe down the line?”

I mean — why not? Yes, having two of the most iconic American actors of all time portray you isn’t exactly castigation. Pumping Rick Ross bangers over fast-cut trailer montages isn’t exactly a repudiation. But by the end of The Departed, Frank Costello comes off as, both physically and morally, disgusting. Johnny Depp, with his insane clear-blue contact lenses and slicked-back male-pattern baldness, may have been willing to similarly go down the tubes.

Whitey was a rat and a thief and a bully. And it all fell apart for him. But for a while he did have everyone fooled. During the trial, his only objective was to attempt to restore some of his former townie sanctification. As Kevin Cullen and Shelley Murphy write in their book Whitey Bulger: America’s Most Wanted Gangster and the Manhunt That Brought Him to Justice, “Gangsters with scruples don’t kill women, and Whitey insists to this day that he did not kill Debra Davis2 or Deborah Hussey. He says the last years of his life will be spent clearing his name, not just in the killing of the women but in this whole matter of his being an FBI informant. ‘I never put one person in prison in my whole life,’ he claimed in a letter to a friend.”

Ultimately, Whitey chose not to testify at his own trial, harrumphing instead that he’d been screwed out of a fair trial. At that point, Michael Donahue’s widow, Patricia, stood up and yelled three simple words: “You’re a coward.”

After Whitey was captured, the Boston Globe went to Southie to shoot a man-on-the-street reaction video. It’s a remarkable document: raw and bizarre and really funny, both intentionally and not. It’s a perfect little sample of Southie: aggression; unbreakable; clannish; insular loyalty; perseverance. Why Hollywood would be drawn again and again to this place, and this story, is evident in this short clip. Kevin Weeks and the Rifleman and Howie Carr and Billy and his brother Whitey are almost unbelievable characters. Here, somehow, they make sense.

Fade In: The Cinematic Grandeur of Lana Del Rey's 'Honeymoon'