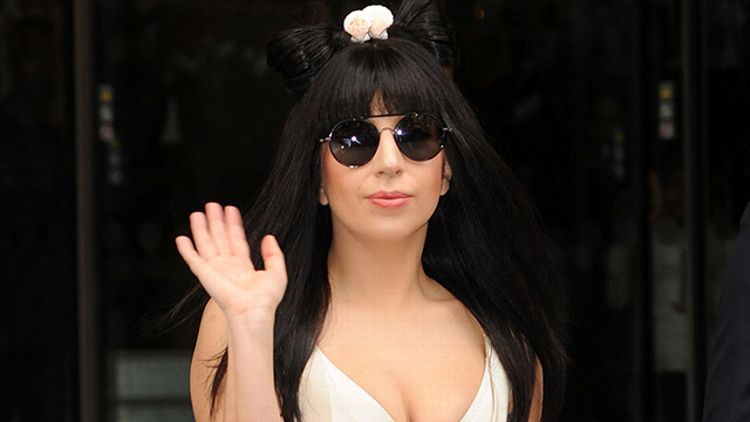 One fun thing about the epic pop stan wars of Q4 2013 has been how every time a new single drops into the arena, everyone has to reevaluate the existing standings. Miley Cyrus got an early lead with “We Can’t Stop,” which gave her an entire summer free from major pop star competition to build anticipation for Bangerz. In mid-August, Katy Perry premiered “Roar,” her first single from Prism, the follow-up to record-breaking smash album Teenage Dream. Reviews of “Roar” were extremely mixed, but it shot to the top of the charts immediately. “Roar” and “We Can’t Stop” were both unexpectedly mid-tempo, perhaps a reaction to EDM oversaturation over the course of the last year, but some pop fans still clamored for more aggressively beat-driven songs. Two days after “Roar” leaked, Lady Gaga leaked her own new single “Applause.”

Gaga had been talking a huge game about her album Artpop for months, so it was with a lot of fanfare that “Applause” hit the Internet, where it fizzled without any warning. “Applause,” with its Kurt Weill theatricality and general “that weird lady’s doing it again” vibe, spawned a thousand think pieces speculating about whether Gaga’s hot streak was over for good. Meanwhile, the safe and cozy “Roar,” which is the pop song equivalent of hot milk with honey, shot up through the ranks and easily elephant-stomped “Applause.” Plus there was the unforeseen obstacle of Kiwi pop upstart Lorde, whose unstoppable hit “Royals” goth-blocked both Katy and Gaga.

The VMAs saw Gaga and Katy facing off and both getting pantsed without warning by Miley’s now-infamous performance. Miley’s second single, “Wrecking Ball,” won over a lot of people who had hated “We Can’t Stop” and became her biggest hit to date. There was speculation that Britney would crush everyone as soon as she catwalked back onto the scene, but her September single, “Work Bitch,” was received with a curious lack of excitement by the public, who evidently really were burned out on the European techno sound that has fueled the last few years of international pop.

The realization that even Britney was not infallible sent her people scrambling to retool her upcoming album, Britney Jean, to be more personal — less robobitch Britney and more “Email My Heart” Britney. With Britney all but out of the running for the throne, the buzz around Perry’s Prism got louder every day. Perry delivered a confusing string of follow-up singles; the trappy “Dark Horse” was followed by ’90s house valentine “Walking on Air,” and then the MOR ballad “Unconditionally.” While Katy certainly covered her bases, the reaction to Prism was split between those who saw it as an unforgivable rejection of her pure pop past and those who were willing to “let the light in,” as Katy kept putting it, and accept her adult-contemporary side.

But a lot of pop music fans don’t want adult-contemporary music. They want sweaty dance music to duckwalk to, and Katy’s album was surprisingly spare on that. Bangerz, as it turned out, also had more mid-tempo breakup songs than it did actual bangerz, but it excels as an album of experimental, forward-thinking pop. The only conclusion from all this is that if you go through a really hard breakup of a very public relationship, it’s possible you will want to sing more torch songs than carefree dance floor anthems. Although Miley’s Bangerz has its share of melancholy pop, and although Prism is a jumble, Katy has a couple of decent aces to keep it away from the bargain bins. Rihanna, sensing she was needed, finally put out a stripper-heavy video for her spring single “Pour It Up,” a minimalist ode to stacks of all kinds, which became an instant classic.

Gaga, on the other hand, seemed like she had lost her touch. Her second single, “Aura,” swapped its title to focus less on its controversial “burka” lyrics, but had already come and gone by the time she released a lyric video for it. She promised that the next single, “Venus,” with its Sailor Moon–ish lyrics about planets and astrology, would be the hit that delivered on her fans’ expectations. Then she released a promo video for a Best Buy commercial featuring a snippet of her R. Kelly collaboration “Do What U Want.” The song was released officially on Gaga’s VEVO this Monday, with a shot of Gaga’s thong-clad cakes as the single’s official cover. And just when it seemed her poker chips were down, Gaga came through. The Internet LOVED “Do What U Want.” Everyone instantly took to its arpeggiated synth-pop groove and defiant lyrics. “Do What U Want” paired the popular Internet subgenre of ’80s-action-movie-score-themed music known as Outrun (think the Drive soundtrack) with Gaga’s instincts for huge, swaggering pop choruses.

Pairing up with showman supreme R. Kelly was brilliant, and the pied piper of R&B goes for it full-throttle. (Although yes, some of the lyrics sound pretty problematic coming from a noted sex offender.) I genuinely interpreted the lyrics as being a reverse entendre — they’re not really about sex; sex is a metaphor, like in N.E.R.D.’s “Lapdance.” I took “Do what you want with my body” in a more macabre sense, like “put my remains wherever you want,” a more fuck-the-world version of asking to be buried inside the jewelry store when you die. Like “Bury me ANYWHERE. Do what u WANT!” I just picture, like, a crowd of Gaga’s fans tossing her into the ocean in her bubble dress or burning her inside a giant Wicker Man shaped like a disco stick.

Then Gaga put out a longer snippet from her album’s title track, “Artpop,” which also sounded great. Gaga’s label, Interscope, ordered her to scrap “Venus” as her next single and release “Do What U Want” as her official follow-up to “Applause” instead of a “buzz single” like “Aura.”  Gaga confirmed it online and maintained that “Venus” would get the full treatment, too, with a full-scale music video. “Do What U Want” went to no. 1 in more than a dozen countries overnight, so it’s understandable that Interscope, which was probably tearing out its hair over “Applause” tanking, would force Gaga to go with whatever works. The full album should leak relatively soon, and deflated Katy Perry fans have been slowly making their way over to Team Artpop. But there are always rereleases and videos and October surprises we can’t even predict. Taylor Swift, who had her own banger early this year in “I Knew You Were Trouble,” says she’s going to have a whole new sound for her next album, and who knows? Maybe she’ll take the lead by the end of the year. Is the world ready for ratchet Taylor Swift?