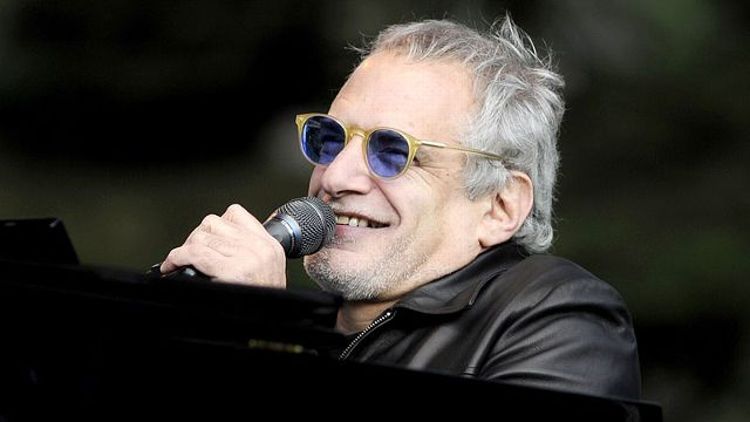 Welcome to Rock Memoir Book Club! This is where I read rock memoirs — because there are suddenly a lot of rock memoirs — and encourage readers to follow along. It’s perfect for people who like to read but are ambivalent about books written by actual writers. So, gather your rock memoir–loving pals and let’s talk it out! In this installment, I look at Donald Fagen’s Eminent Hipsters.

Discussion question No. 1: Is the narrative of Eminent Hipsters more or less linear than “Any Major Dude Will Tell You”?

Somewhat more but still not all that linear. Half of Eminent Hipsters is similar to Bob Dylan’s Chronicles: Volume One, with the acerbic Steely Dan front man looking back on the musicians, writers, and media personalities who shaped him back when he was up on the wolverine. Fagen, unsurprisingly, is a trenchant cultural critic, whether he’s deconstructing the musical innovations of the obscure Depression-era jazz group the Boswell Sisters or chronicling the rise and fall of legendary radio monologist Jean Shepherd. But no matter how tangential Fagen sometimes seems to be in his own story, he uses these childhood touchstones as a way to talk indirectly about himself. For instance, notice how Fagen describes one of the most formative TV shows of his adolescence, Peter Gunn:

Of course, these weren’t authentic hipsters, Mailer’s White Negroes or Kerouac’s Beats. Gunn, Edie and Jacoby were supposed to be more like pallies of Sinatra or James Bond, streetwise swingers: they were hip, but they could operate in the straight world with existential efficiency. And yet, so strong was the pull toward an alternate way of life that, at least to a hyperaesthetic ten-year-old, the show’s whole gestalt made sense. It spoke to my condition. I could identify with Gunn’s outsider stance and admire his improvised lifestyle without venturing outside the perimeter of comfort and convenience my parents had provided.

I don’t know that there’s a better way to sum up Steely Dan’s music than to say that it “operates in a straight world with existential efficiency,” unless we’re talking about the middle section of “Aja.”

Follow-up question: Seriously, have you ever seen a squonk’s tears?

I’d say it’s about a 7, and this is almost entirely due to the book’s second half, which is composed of a diary that Fagen wrote during a tour with Michael McDonald and Boz Scaggs in 2012. Normally, tour diaries are an uneventful and rather boring accounting of substandard backstage amenities and aimless tour-bus anecdotes. Fagen’s journal is a little like that, but much, much meaner and therefore much, much funnier. He’s refreshingly frank about being a touring sixtysomething classic rocker and the painkiller-popping, “semen and swamp water” swimming pools, and overall lameness (particularly the “idiotic white beards”) that go with it. But Fagen reserves his most withering barbs for his audience:

Mike, Boz and I are pretty old now and so is most of our audience. Tonight, though, the crowd looked so geriatric I was tempted to start calling out bingo numbers. Nevertheless, by the end of the set they were all on their feet, albeit shakily, rocking to Mike’s performance of Buddy Miles’ “Them Changes.” So this, now, is what I do: assisted living.

Follow-up question: If you had to leave your elderly parent in the care of one person, whom would you choose: Fagen, McDonald, or Scaggs?

Discussion question no. 3: What is the worst thing that Donald Fagen says about people who pay to see Donald Fagen in concert?

There’s lots of competition for this distinction, but I’d say it probably has to be the part where he fantasizes about setting his fans on fire:

The crowd sat through our versions of some of the great sixties soul tunes, hating them, waiting only for the amygdala-comforting Doobie Brothers hits that Michael sings, Boz’s dance numbers and the Steely Dan singles that remind them of high school or college parties. They despised the old Ray Charles tune, and I started to despise them. Toward the end of the show, during McDonald’s piano introduction to “Takin’ It to the Streets,” I think I really made [backup singers] Carolyn and Catherine uncomfortable by walking back to their riser and telling them, as a way of venting my rage, that I’d been imagining a flash theater fire that would send the entire audience screaming up the aisles, trampling each other to get to the exits, ending up in a horrible scene outside on the sidewalk with people on stretchers, charred and wrinkled.

Discussion question no. 4: I feel bad for laughing at Donald Fagen’s audience. How can I justify my mean-spirited chuckles?

By reading the single funniest part of this book:

At the show at the Molson Amphitheatre in Toronto, when the band started playing the intro to Ray Charles’ “Tell the Truth,” a TV Baby near the front actually yelled “Fuck you!” and left in a huff with his girlfriend. I guess he only wanted to hear our hits from the seventies. You could cut the guy some slack and say that, despite all the PR we did to inform people what the Dukes’ Rhythm Revue was all about, he was justified in being put out because he paid for two tickets and his expectations weren’t met. On the other hand, you could deduce that he was a rude, ignorant, incurious, racist douchebag that his parents should have been ashamed of conceiving, except that they were probably rude, ignorant, incurious, racist child abusers themselves.

Now treat yourself and read that paragraph again.

Follow-up question: Fagen defines his oft-used term “TV Baby” as a person who was born after 1960. He mocks these people throughout Eminent Hipsters, just as he mocks people born before 1960. I’m not sure I have a question here, but isn’t Donald Fagen the greatest?

Discussion question no. 5: What is your overall impression of Donald Fagen after reading this book?

He’s smart, he’s witty, he has impeccable taste in pretty much everything, he’s extremely cranky, he seems a little lonely in the world, and he’s likely far more vulnerable than he lets on. You’ll learn as much about him as you will from listening to his records. But the nectar of hatred served up by Eminent Hipsters is too sweet not to taste.