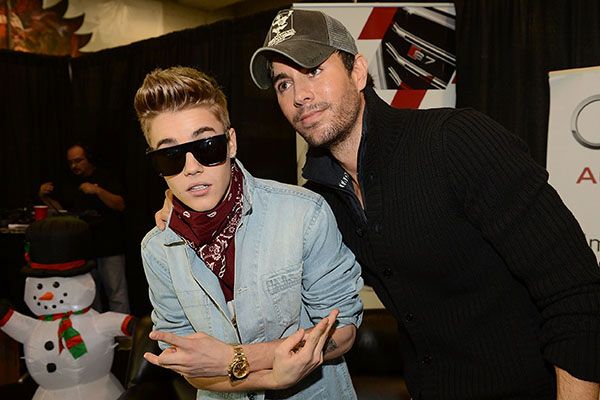 Two criminals from New Mexico, an adult white male and his younger lackey, had plans to castrate and kill a world-famous pop star during his sold-out concert. Is it the plot of the final season of Breaking Bad? No, it’s the foiled murder plot that nearly led to a Christmas without Justin Bieber and his “Little Drummer Boy” rap. While locked up in the Southern New Mexico Correctional Facility in Las Cruces, two-bit criminal Mark Staake was enlisted by fellow prisoner Dana Martin to target the baby Bieb. Martin, who is serving consecutive life sentences of 978 years total for raping and murdering a 15-year-old girl in Vermont, is obsessed with Bieber and has a tattoo of J.B. inscribed on his leg. Martin wanted Staake to blot out Bieber, as well as two unnamed people in Vermont, according to ABC News. The rapist-murderer allegedly felt spurned when he was unable to contact Bieber from jail and decided to seek a graphic revenge.

After serving his term for burglary, Mark Staake was released from prison and enlisted his nephew Tanner Ruane to help him carry out the plot for Martin. Staake and Ruane were to strangle Bieber and his bodyguard with a paisley necktie (Martin’s own signature move) and then castrate them with garden shears. According to the affidavit, there was a bounty of $2,500 on each testicle they delivered. Staake and Ruane set out for Vermont to commit the first two murders, but fucked up and accidentally drove into Canada, where they were stopped by border patrol who arrested Staake on outstanding warrants. Ruane was let go and attempted to get to Bieber’s sold-out Madison Square Garden show in time to kidnap Justin and deprive him of his blossoming manhood. Cops were tipped off by Dana Martin himself when he bragged about the plan and showed them a map of the future victims’ locations (facepalm). The fuzz documented phone calls between Martin and Ruane after their Vermont mishap. Ruane was arrested in Rotterdam, New York, and the pruning shears were found in the car, along with a list of the targets’ information.

Scooter Braun told respected newspaper Us Weekly, “We take every precaution to protect and insure [sic] the safety of Justin and his fans.” Maybe Justin’s stress over knowing he could’ve been murdered is the reason he chucked a water bottle at Miami paparazzi on Monday. It’s been a weird few weeks for Bieber, as he failed to garner any Grammy nominations and debuted a creepily buff new body that undermines his trademark wispy-boy-appeal. I imagine by now that Justin must have learned to shake off death threats like so much water in a giant theme park pool. The murder plot itself sounds like something out of a Coen Brothers movie. Bumbling criminals completely screwing up a plan they would never have been able to pull off anyway. If they hadn’t also been planning to kill Biebs, I would’ve thought they were just trying to preserve his falsetto.