The Golden Trailer Awards Are Coming, and ‘After Earth’ Might Finally Get Some Glory 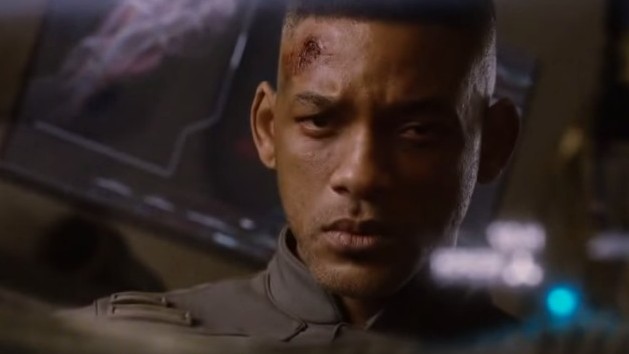 For 15 years, the Golden Trailer Awards have been happening, whether you knew about ’em or not. They’re incredibly thorough, ranging from standards like Best Action and Best Comedy to more inventive fare like Best Video Game, Most Original, Best Summer 2014 Blockbuster, Trashiest, and a voice-over award named after Don LaFontaine, an industry legend who recorded more than 5,000 movie trailers. There’s also a slew of foreign honors as well as categories for TV spots, posters, and Vine videos.

One of the best chances to win big at the Golden Trailer Awards is the Golden Fleece. As the site writes, “It honors a GREAT trailer for a not so great film.” This year’s nominees for the belated, redemptive glory of the Golden Fleece are …

[Note: The Golden Trailer Awards know the actual insider-y titles for the trailers; the regular human population does not. Thus, these may not be the exact trailers that were nominated. We can only hope.]

If you barely remember/completely don’t know what Paranoia and Homefront were, let that speak to the Golden Fleece’s worth.

There are too many more to keep going and going here, but suffice it to say that plenty of the trailers that got you super excited — Gravity, The Wolf of Wall Street, Star Trek Into Darkness, 22 Jump Street, The Lego Movie, Anchorman 2, The Hobbit: The Desolation of Smaug, Only God Forgives, Before Midnight — were nominated. The awards will be presented May 30 at L.A.’s Saban Theatre. Head here for the full list of noms.

Huh: 'Spring Breakers,' 'Joe Dirt,' and 'SLC Punk!' Are All Getting Sequels