Huh: ‘Spring Breakers,’ ‘Joe Dirt,’ and ‘SLC Punk!’ Are All Getting Sequels 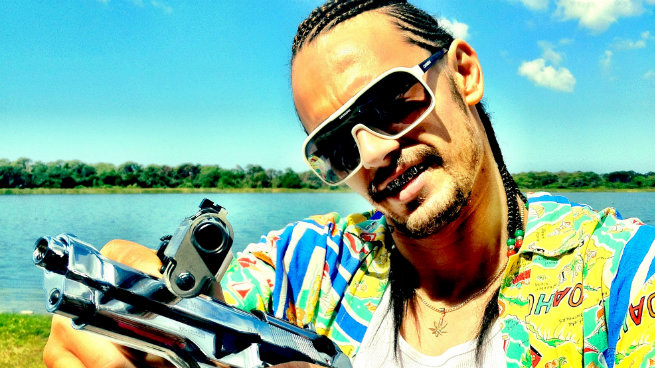 When James Franco mentioned a Spring Breakers sequel in September, I didn’t believe him. My approach to Franco is to never really believe him — the better to enjoy him! — but this time, for better or worse, he was speaking the truth. Spring Breakers: The Second Coming, “in which the Spring Breakers do battle with an extreme militant Christian sect that attempts to convert them,” has shed writer/director Harmony Korine and replaced him with director Jonas Åkerlund (Spun, zillions of music videos) and writer Irvine Welsh (Trainspotting). Some original characters will be alluded to and others will return, but clearly this will not be last year’s sandy bikini.

Look, I’m not being facetious when I say I believe spring break is an infinitely deep topic. But Spring Breakers should stand alone, oiled and gyrating until the end of time. Then again, that prequel Franco and Korine discussed on set (“My character and Gucci Mane’s character were supposed to have been former friends … Let’s make that movie!”) does sound pretty appealing.

In other sequel surprises, the very strange 2001 David Spade film Joe Dirt is also due to spawn. It’s not Spade’s first attempt to revive the mullet; in 2010, an animated series was brewing at TBS, but it never made it to air. In a Reddit AMA, Spade implied that the sequel would appear on Crackle.com, making it the “first web address to do a sequel to a movie.” Joe is to Kenny Powers what Cool Whip is to burrata. Though admittedly the Whip does come with Christopher Walken.

Equally strange but much more exciting is the sequel to SLC Punk!. SLC Punk 2: Punk’s Dead will begin production in June, reuniting many of the former cast members (Devon Sawa, Adam Pascal, James Duval and even Michael Goorjian’s Heroin Bob, who somehow makes it into the second film despite having died in the first one) once again under writer/director James Merendino. Rapper Machine Gun Kelly has joined the cast as well, perhaps representing a new generation of misfits along with Heroin Bob’s son Ross (played by Ben Schnetzer), but neither Matthew Lillard nor Jason Segel appear on the film’s IMDB page.

In January, the filmmakers raised more than $87,000 on Indiegogo to fund a large-scale concert that will appear in the movie along with “a side burlesque show,” offering contributors roles as extras. Initial reports about the way those crowd-funded dollars would be used were more vague, with Lillard tweeting that the film needed “an army of punk rock mofo’s 2 back us up” because “Hollywood is scarred. Are you?” I think he meant “scared,” but I suppose “scarred” applies as well. The requested goal was adjusted from $250,000 to $60,000, which should still be sufficient to secure some “2003 iconic punk bands” that are currently on tour.

And now, I will let you choose your own adventure. This Matthew Lillard:

Or this Matthew Lillard:

The Golden Trailer Awards Are Coming, and 'After Earth' Might Finally Get Some Glory

Small(er) Movie Review Roundup: Because the Word 'Amazing' Should Have Been a Red Flag