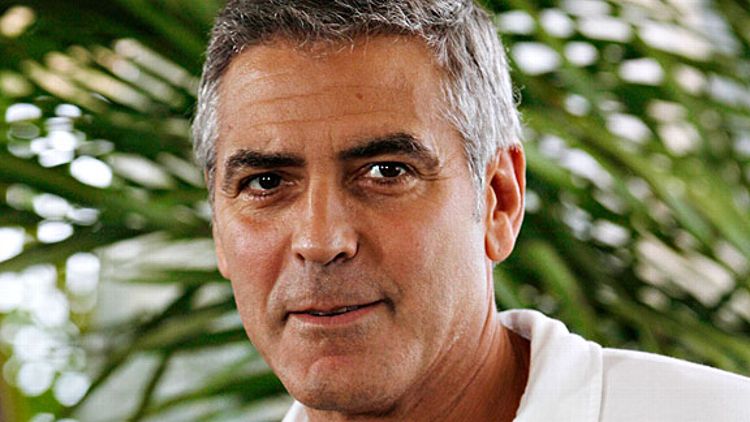 It’s not yet clear why, but George Clooney is dropping out of Steven Soderbergh’s adaptation of sixties spy drama The Man From U.N.C.L.E. This is going to be one of the last films Soderbergh does before transitioning to painting (really), so the least Clooney could to make it up to Soderbergh would be to, later on, pose in the nude. Grade: D [Deadline]

ABC has bought Hangtown, a western/procedural created by Battlestar Galactica’s Ron Moore and Caprica’s Matt Roberts. Set in the early 1900s, it features three primary characters: a marshal who always goes by his gut, a doctor pushing the new field of forensics, and a young female writer trying to sell dime novels about the West. Together, every week, these three solve crimes. What? Yes. Grade: D [Deadline]

Jerry Bruckheimer will executive produce the drama Bishop to Pawn, from Person of Interest writer Greg Plageman, about a private investigator who operates out of an L.A. pawn shop, for TNT. Get it? Pawn?! Grade: D [HR]

Chad Michael Murray will return to One Tree Hill for its ninth and final season. One of the show’s original stars, he left after the sixth season with his on-screen wife and baby. But, apparently, he just could not stay away. Grade: C [HR]