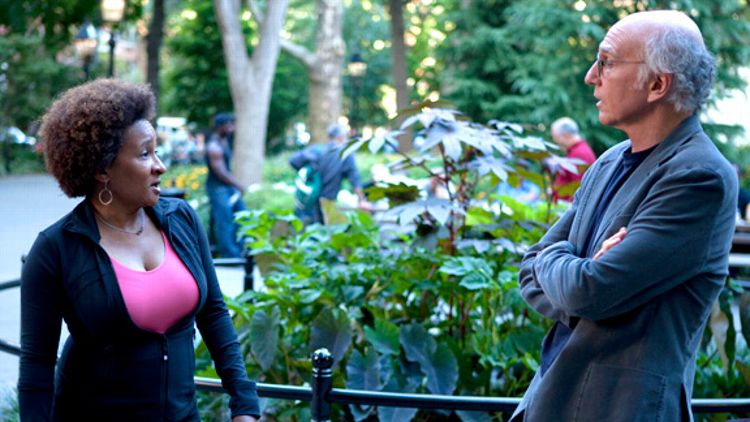 Predicament: Perhaps galvanized by making clear to Skyler where he resides on the guy-who-knocks-or-doesn’t-knock continuum last week, he both disregards her instructions about returning Walt Jr.’s new Challenger to the dealership by instead blowing it up (rather than walking away from the explosion, he sits and watches it while calling for a cab) and revels in her discomfort over the sheer amounts of cash she’s being tasked with laundering, as well as her realization that a car wash is insufficient as a cover. He also provides a vial of ricin for Jesse to slip his new pal Gus.

But whatever feelings of relative confidence Walt is experiencing look to be short-lived; Hank turns a trip with Walt, Jr. to Los Pollos Hermanos into a possible part-time job for his nephew as well as a chance to trace Gus’ fingerprints to Gael’s apartment. Hank returns to the DEA, almost walking, and lays out the case as he sees it. To say that he’s onto something is an understatement, as is the fact that whatever progress he’s made is all Walt’s fault. Really, though, this is all about Jesse — his speech in the meeting about putting down the episode’s titular “problem dog” is as great an Aaron Paul scene as the series has had, which is saying a lot.

Insecurities about appearance, health: No one doesn’t look badass doing donuts in a cherry red Challenger, then blowing it up. That has to be viagra soup for the socially oppressed middle-aged meth-cooker’s soul.

Career frustrations: Walt’s passive-aggressive appeal to Jesse’s loyalty appears to be effective in the short term, but it’s clear that he doesn’t relish being in his position without a single confidant. He can consider killing Gus to be self-defense all he wants, but it’s a power play and he doesn’t have anyone he can share power with or delegate power to.

Proclivities towards violence: Walt is still very much pro-murdering-his-drug-kingpin-boss, but slipping a vial of ricin into a pot of coffee is a lot less dramatic than jamming the registration into the gas tank of a new car and lighting it.

Predicament: Louis C.K. has devoted his show, and, in a way, his entire comedy career, to highlighting the many diverse ways in which he feels inferior as a man. Using a USO trip with a Christian country singer and an even Christianer cheerleader as a means of comparing his personal travails and peccadilloes to those of American soldiers in Afghanistan is predictably unflattering for the most part, yet has an unexpected redemptive twist; yes, he’s out of his element and woefully unprepared for even tangential proximity to combat, but he allows himself to be helpful in his small way — by giving the troops a few minutes of respite, as well as helping to avoid a potential international incident by bumblingly collecting a stray duckling.

The comic high point may have been the blink-and-you’ll miss it glance from the blueberries lady at the school, a rare case of continuity and self-reference within the Louie universe, but the episode’s hour-long running time and its proclivity for awkward silences simultaneously breaks from the series’ usual format and fits perfectly into its do-whatever-the-fuck-we-want ethos.

Henpecking: Louie hears it not just from Jane but from Jane’s teacher about taking the ducklings, and apparently “I’m about to fly into a war zone” doesn’t rate as an answer.

Insecurities about appearance, health: Everything about Louie’s expression while in the presence of soldiers and the cheerleader oozes insecurity. He’s not wearing the helmet and flak jacket so much as they’re wearing him.

Career frustrations: I think it can be safely deduced that getting to do a USO tour like this, for all its relative discomfort, is as much a sign to Louie that his career has some meaning as any TV deal ever could.

Proclivities towards violence: Louie watches Keni casually tuck his gun into his pants with equal parts terror and admiration.

Predicament: Now a few weeks into his New York adventure, Larry’s getting knocked around a bit by the town. He learns it’s dog-eat-dog when it comes to hailing cabs. He feels great thanks to his new trainer, Cheyenne Jackson, but soon loses him to Wanda Sykes. He’s prepared to invest $250,000 in Ira the inventor’s car periscope simply because he’s married to the relatively less attractive Aida Turturro, only to blow it when he refuses to entrust her with his popcorn.

But Larry’s biggest shame is that he’s seen as the kind of person who would run up the Scrabble score on a dementia-suffering, racism-spouting ex-TV judge, then blame it on a one-armed man that no one else can see. But unlike Dr. Richard Kimble, Larry never gets the satisfaction of clearing his own name. Shout-out to Grant Shaud, who, like Alan from Sesame Street, has been unexpectedly omnipresent in the Powerless Rankings’ flagship shows the past two weeks.

Henpecking: Larry gets it from an old frenemy in the form of Wanda, who outbids him for the sole healthy thing in his life, then has to fight off (figuratively) a circle of friends who think he’s abusing a mentally ill octogenarian and (literally) a fake girlfriend who doesn’t take her unattractiveness-as-a-virtue as a compliment.

Insecurities about appearance, health: As great as Larry feels physically prior to being attacked by Ira’s wife, he and Jeff have to be the worst golfers in TV history.

Career frustrations: Having already made his fortune as a television producer, Larry laments his failings as a would-be inventor. For what it’s worth, the screw-in skis sound like a tremendous idea.

Proclivities towards violence: Larry is more a victim of violence than a perpetrator, although he probably didn’t overly regret seeing the judge get knocked down on the sidewalk.

Xenophobia/racism: The judge’s casual epithets put Larry’s occasional moments of prejudice into relief, although he’s way angrier that they should count for points in Scrabble than he is offended on some moral level. Clearly, Larry takes a lot of pride in his ability to judge people on appearance alone.

This week’s most powerless: Larry David, for the second week in a row, but this time with his arm in a sling.