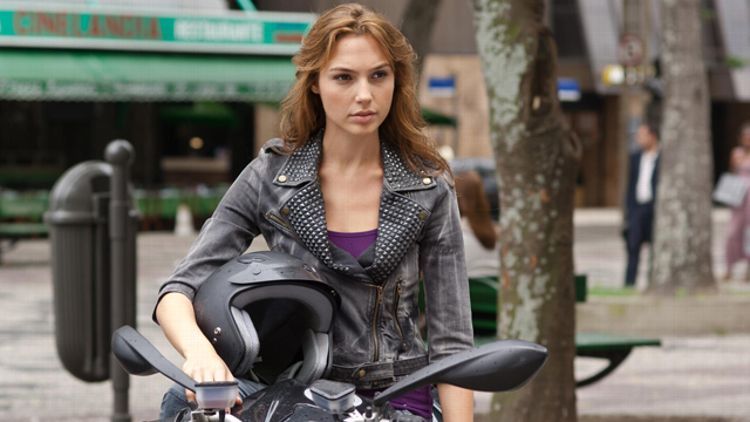 For years now, Bar Refaeli’s hold on the Hollywood’s Most Famous Israeli Model/Actress championship belt has been undisputed. Between Leo yacht parties and SI swimsuit covers and Kanye shout-outs, who was even touching her? But slowly, slowly, Gal Gadot was putting in work. As recently as 2007, Gadot was an unknown model, her highest-profile gig at that point a hubbub-stirring Maxim “Women of the Israeli Defense Forces” photo spread dreamed up by that country’s government. Then, in 2009, came Fast & Furious. We didn’t know it at the time, but by joining the rejuvenated franchise, Gadot was actually clambering onto a Pegasus about to launch high into the night sky. In Fast Five, she did crucial espionage work with her butt; in Fast Six, she [SPOILER ALERT] selflessly sacrificed herself, mid-gunfight, off the wing of a cargo plane, for the good of the crew and sweet, sweet Han. And now, she’s pulled off her greatest coup: getting cast as Wonder Woman in The Movie That May or May Not Be Called Batman Vs. Superman.

Said director Zack Snyder in a statement: “Wonder Woman is arguably one of the most powerful female characters of all time and a fan favorite in the DC Universe. Not only is Gal an amazing actress, but she also has that magical quality that makes her perfect for the role. We look forward to audiences discovering Gal in the first feature film incarnation of this beloved character.”

Some of you may recall that Wonder Woman had been set for revival in 2011, via a David E. Kelly–scripted NBC series starring Tyra Collette herself. Alas, the pilot was never picked up. But for big-screen Wonder Woman, this could be just the beginning. As The Guardian points out, “If the new film is a hit, studio Warner Bros is expected to produce a Justice League film featuring Superman alongside Batman, Wonder Woman and various lesser-known heroes. Ben Affleck was revealed as the surprise new Batman last September and has reportedly signed on for multiple movies.” Meaning: Gadot might have jumped ship from one franchise to another.

So, Bar Refaeli, it must be asked: You mad?