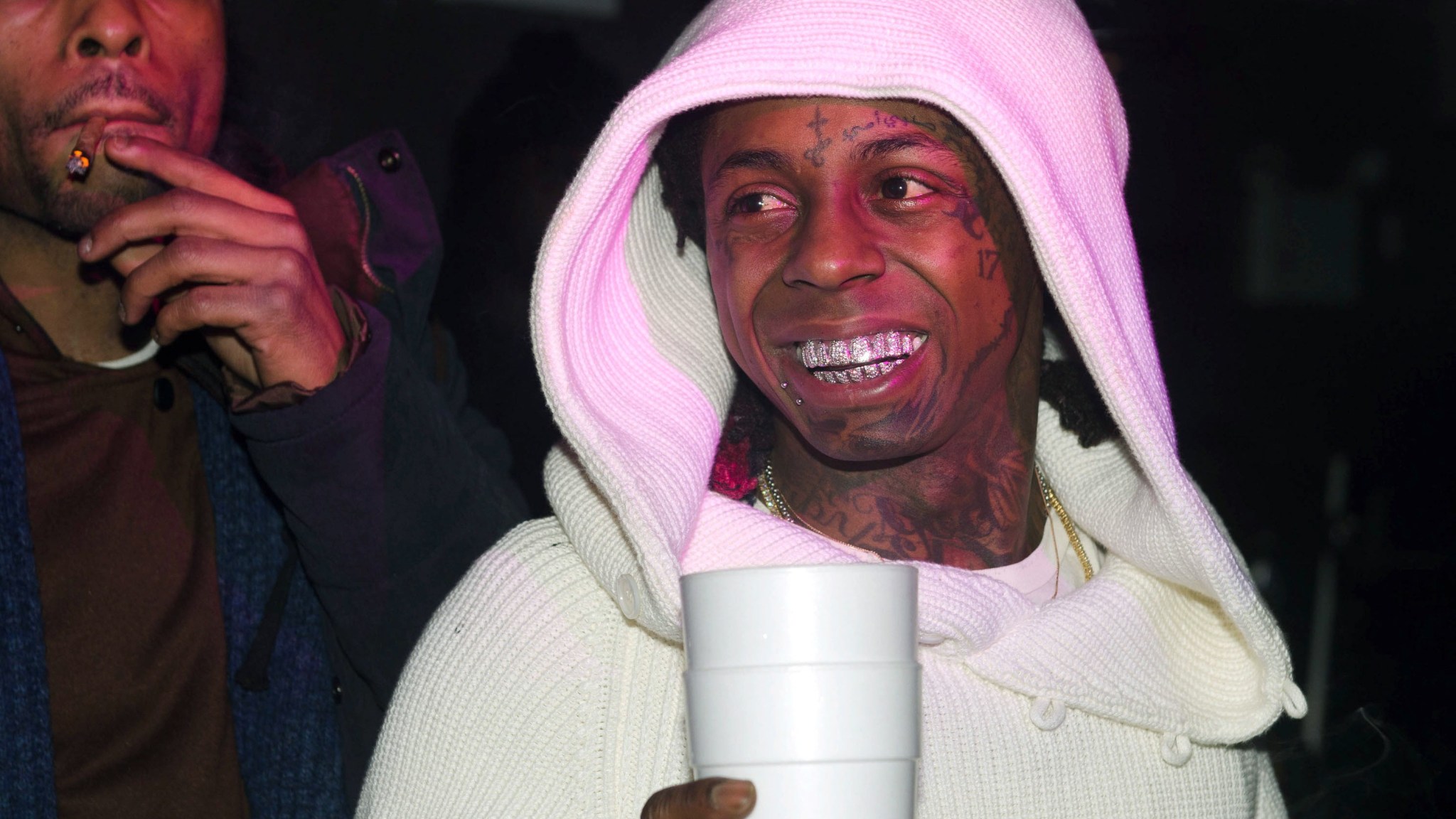 FWA, the title of Lil Wayne’s new album, stands for “Free Weezy Album,” which can be taken one of two ways. You could take it to mean that this new record has been gifted to you by the multi-millionaire, digital equivalent of the guy on Hollywood Boulevard trying to guilt-trip you into taking his mixtape. In that respect, “Free Weezy Album” could be scrawled on a cardboard sign with a donation hat nearby. The other interpretation is something altogether more melancholy: Weezy as prisoner of Cash Money Records’s unwillingness to release Tha Carter V. Tunechi is a captive of interminable legal strife and this collection of 15 tracks is, in many ways, his message-in-a-bottle cry for help. The second track, “He’s Dead,” kicks off with samples of Dr. McCoy from Star Trek informing Captain Kirk of the death of a patient before Wayne launches into a eulogy for “Cash Money Weezy.” It’s an expression of independence and a reclamation of legacy. He’s trying to escape, but Weezy is not free in either sense. When streaming music services are involved, nothing is free.

I found out FWA was a Tidal exclusive at the worst possible time. I had just spent a good portion of my day in the clutches of Apple Music, the latest entrant in an ever-expanding game of dodgeball where the only goal is to pelt consumers with “exciting” new features until they collapse on the ground begging for mercy. We live in an age where we can be sold the exact same product over and over again with a fancy new interface. We can be convinced that it’s worth it to be enthralled by a musty old format like Internet radio all over again because this time, the DJs shout at you. It’s as though a new competitor for Tower Records opened every two months boasting better air conditioning. Only music really matters, and on that front, FWA is a clear win for Hov’s beleaguered enterprise. It’s a reminder that Tidal exists at all, an added value proposition that guarantees that a certain segment of the population that’s been holding out will at least sample the goods. A B-sides concert and some music videos weren’t going to convince me to give Jay Z my credit card number, but this did.

Whether FWA is any good is almost beside the point. The fact that it mostly isn’t is secondary to the marketing advantage it affords Tidal. The beats on tracks like “Post Bail Ballin'” are somnambulistic. “My Heart Races On” is a limp-noodle ballad that only suffers more when you get to Wiz Khalifa’s cameo later in the album. Wiz is topping the charts with a ballad that would make a Jesus statue weep and Wayne’s rapping about his struggles over a clinky piano. “Remember me like they remember the Titans,” he warbles on that song. Yeah, we remember, dog. That’s the problem. You may be trying to bury “Cash Money Weezy,” but his ghost will haunt everything you do until you get Father Merrin up in your recording studio.

By the time he starts screeching about how he loves his “young bitch” on “Thinking Bout You,” I’m ready to hop into my car and drive into the ocean. The worst you can say about a record is that it’s boring. Well, this is boring. “Glory” and “Murda” actually get better with repeat listens simply for Wayne’s near-impeccable flow, but they still sound like Turtle from Entourage produced them. When the album isn’t shockingly pedantic, it’s straight embarrassing, like “I Feel Good,” which samples the James Brown song of the same name. Sometimes, a song can be too well known to sample, and this qualifies. It should feel audacious to tread on sacred ground, but instead, it comes off as a move Will.i.am would make; a song sure to end up on everyone’s wedding/bar mitzvah/high school graduation mix.

But again, this is not strictly an album. It’s also a well-timed marketing ploy. Apple Music’s launch captivated music fans simply by reinforcing its own importance through advertising muscle. They got Taylor Swift. They promised to change radio … again. That’s what Apple is most adept at: making you feel like you are on the precipice of major social change when you interact with their products. “Our new widget will reinvent the way you do everything!” Tidal’s play at revolutionary rhetoric, “Tidal for All,” always felt wrong because all they could do is trot out famous people to shill for them. It was like Milton Berle showing up on Saturday Night Live.

Spotify is in the corner of the party smoking cigarettes and chilling while everyone else tries to outflex each other, and yet the service that has the content will be the winner. I can’t get FWA on Spotify or Apple Music. I can’t get Taylor Swift on Spotify1 or Prince anyplace that streams music legally. The last protracted, painful technology war was between Blu-ray and HD DVD — high-definition video formats that had almost identical technical specs. What really swung the war wasn’t how nice the picture looked or how much data each disc could hold. It was content. Blu-ray had Sony behind it and put its disc drives in every PlayStation 3 video game console. You could only get Sony movies on Blu-ray. Disney and Fox went Blu-ray exclusive, while Warner Bros. and Paramount had dual support relationships. There just wasn’t enough content on HD DVD. You had to buy a special add-on drive just to get HD DVDs to play on Microsoft’s Xbox. Warner Bros. dropped HD DVD in 2008 and it was over.

I finally came to Tidal for music, not for fancy ads or highfalutin rhetoric. Weezy is not free, but then again, music and musicians never will be. It was fun to imagine a utopian ideal of MP3s floating through the air like that bag from American Beauty, but that was never meant to last. Lil Wayne may be a prisoner of Cash Money, but he’s also a hostage in the war to decide who will control the next century of the music industry. The only one who’s really free here is me. I’m free to not listen to his album again.