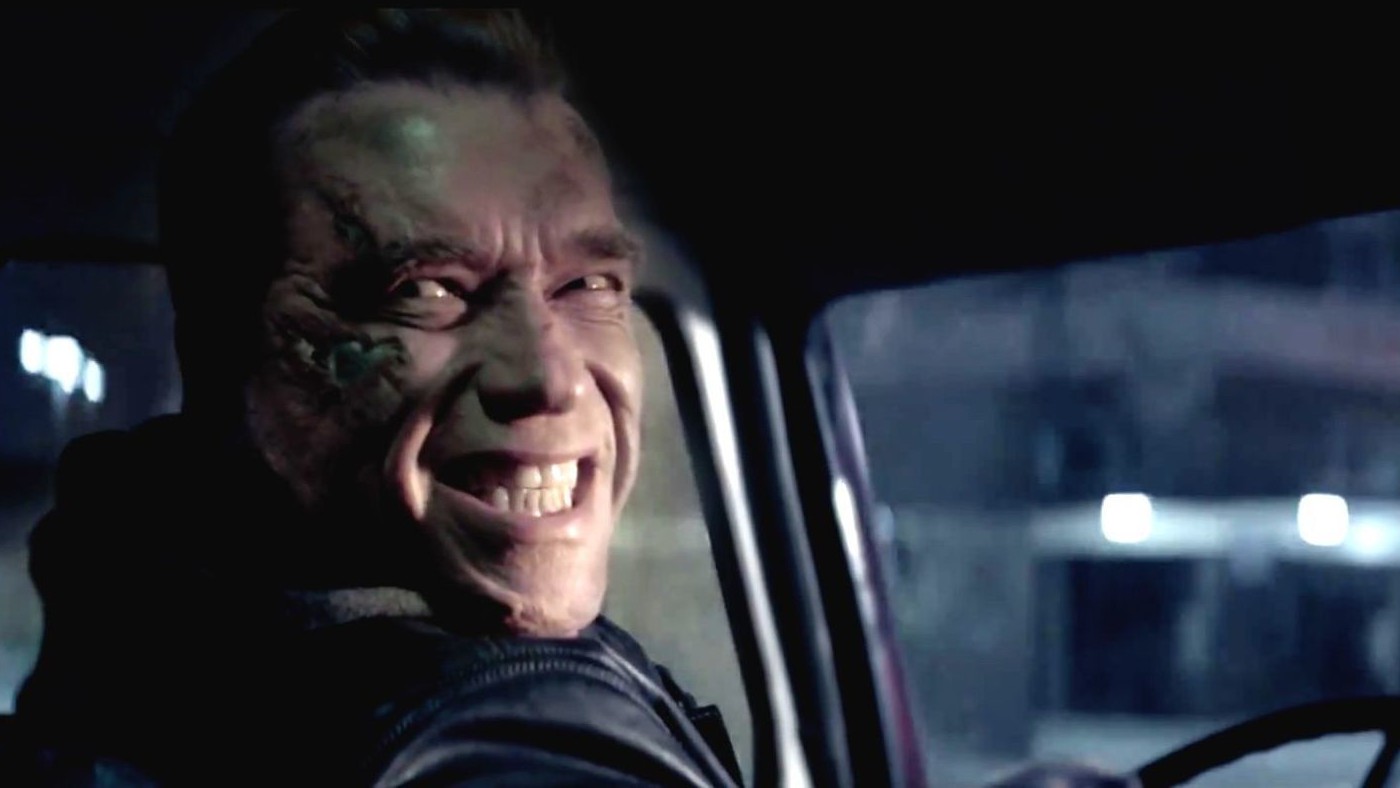 This weekend, Hollywood’s summer of endless profit hit a little bit of a road bump — or was that just the charred endoskeleton of a T-800 desperately trying to claw its way to relevance? The only fireworks the studios saw this Fourth of July weekend were the burning embers of the latest attempt to reboot the Terminator franchise. Sadly for Ahnold aficionados, Terminator Genisys didn’t generate much beyond bad reviews and gleeful postmortems, though Schwarzenegger wasn’t the only muscle man to fall short on America’s birthday.

Meanwhile, the continuing one-two punch of Jurassic World and Inside Out helped lift the domestic box office 6 percent over last year. But that’s cold comfort, because whenever the Fourth falls on a Saturday, studios duck for cover — all of those barbecues inevitably take a huge bite out of the box office. Compare this year’s $137.4 million to 2013’s record-setting total of $230 million and you get the picture.1 Still, that’s no excuse for an unstoppable, time-traveling killing machine, so let’s pick through the wreckage of the postapocalyptic box office landscape to see what went wrong.

Maybe Skynet pinning humanity under its virtual thumb just doesn’t scare us as much in a world in which machines pretty much run our lives. Despite the return of Schwarzenegger himself in the role that put him on the path to worldwide superstardom, and a generous pat on the back from original director James Cameron, Terminator Genisys landed with a metallic thud in North America, earning $28.7 million for the weekend and $44.1 million over the five-day holiday. Not only did Terminator decidedly not dethrone Jurassic World and Inside Out, it couldn’t even hit Paramount’s lowered expectations.2 Genisys opened far short of McG’s much-maligned Terminator Salvation (which debuted to $42 million over Memorial Day 2009) and even failed to beat Judgment Day, which earned $31.7 million in July 1991 — Genisys couldn’t clear that hurdle with more than two decades of inflation giving it a boost.

Not that this came as a surprise. Terminator Genisys never really had its moment of buzz, and when the studio decided to give away the film’s key twist in the second trailer — which ruffled the feathers of even a team player like director Alan Taylor — you could smell blood in the water. Marketing-wise, Paramount may have done everything it could to jump-start the first installment of a planned new trilogy: Super Bowl spots, a Waze cross-promotion, and Arnold in full T-800 gear freaking out tourists on Hollywood Boulevard. But it could budge the needle of audience interest only so much for a franchise that has felt played out for a long time now, after muddled sequels like Rise of the Machines and Salvation.

Additionally, Genisys’s 27 percent Tomatometer rating wasn’t doing it any favors. If anything, that critical quality gap is what separates Genisys from Jurassic World: Both are nostalgia-laden reboots of beloved mega-franchises that ditched the more cynical sequels preceding them. Yet one’s now the fourth-biggest film of all time domestically, while the other will be lucky to clear $100 million. At the end of the day, sometimes it just comes down to the film itself.

If there’s any salvation for this franchise, it’ll come from abroad, because international audiences still love our reheated leftovers: Genisys won the weekend internationally and has earned $85.5 million overseas, which it’ll need to recoup its $155 million budget.3 Paramount’s also hoping a Chinese windfall might boost Genisys’s eventual worldwide total closer to $400 million, given how much films like Furious 7 earn there; but the movie honchos in China haven’t even given it a release date, because they’re running an unofficial “blackout” period right now to protect homegrown movies from getting steamrolled by our all-American exports. Given the dueling imperatives of politics and Chinese blockbuster appetite, they could easily dump a “subpar” blockbuster. Anything less than $300 million could put the final nail in the Terminator-verse’s coffin, not that many of us would shed tears over that outcome. On the bright side, maybe Hollywood will learn a lesson about the hubris of slating films with little more than a working title and a release date. But, you know: probably not.

Arnold wasn’t alone in missing the mark; Magic Mike XXL came in fourth this weekend with $12 million over the three-day weekend and $27.1 million for the five-day holiday, significantly less than the original’s $39 million opening (three-day) weekend. That’s also well below Warner Bros.’s hopes for a five-day, $50 million bonanza, which were further fanned by XXL’s roaring $9.3 million Wednesday opening. Even in the Twitter-run world in which audience reaction can sink a film after Friday, that’s a fast plunge; perhaps it had something to do with the jaw-dropping fact that 96 percent of XXL’s audience was female. But even if XXL doesn’t come close to the original’s $113 million domestic total, it’s already earned back its tiny $14 million budget. Frankly, the original Magic Mike probably benefited from tapping into the recession-tinged zeitgeist. Male-stripping movies have always only ever been a niche genre, so even XXL’s reduced prospects could be considered another example of underserved female audiences’ box office muscle.

Let’s finish on a high note: The weeks-long grudge match between Jurassic World and Inside Out is still translating to record profits at the box office. Inside Out took the five-day holiday crown with $45.3 million to Jurassic World’s $43.8 million, while Jurassic World technically won the weekend ($30.9 million) with Inside Out at no. 2 ($30.1 million) — although that’s so close it could change later Monday, when the final tallies are in. Those performances kept this Fourth from being an all-around disaster, because when you look at the last time the holiday landed on a Saturday (2009), the box office is still $20 million short.

For the global record books, Jurassic World has romped past Avengers: Age of Ultron as the fifth-biggest film of all time at $1.385 billion, with Furious 7 and the original Avengers in its salivating sights. Inside Out may dethrone Finding Nemo as Pixar’s second-most-profitable film (stateside) with $246.2 million so far. And even the specialty box office showed a little life with A24’s Amy Winehouse documentary, Amy, making $222,015 from six theaters in New York and L.A. — the best per-screen average for an NYC/L.A. release since Ex Machina in April. That’s as good as it gets until Ant-Man and Minions come to save Hollywood’s day in the next couple of weeks.