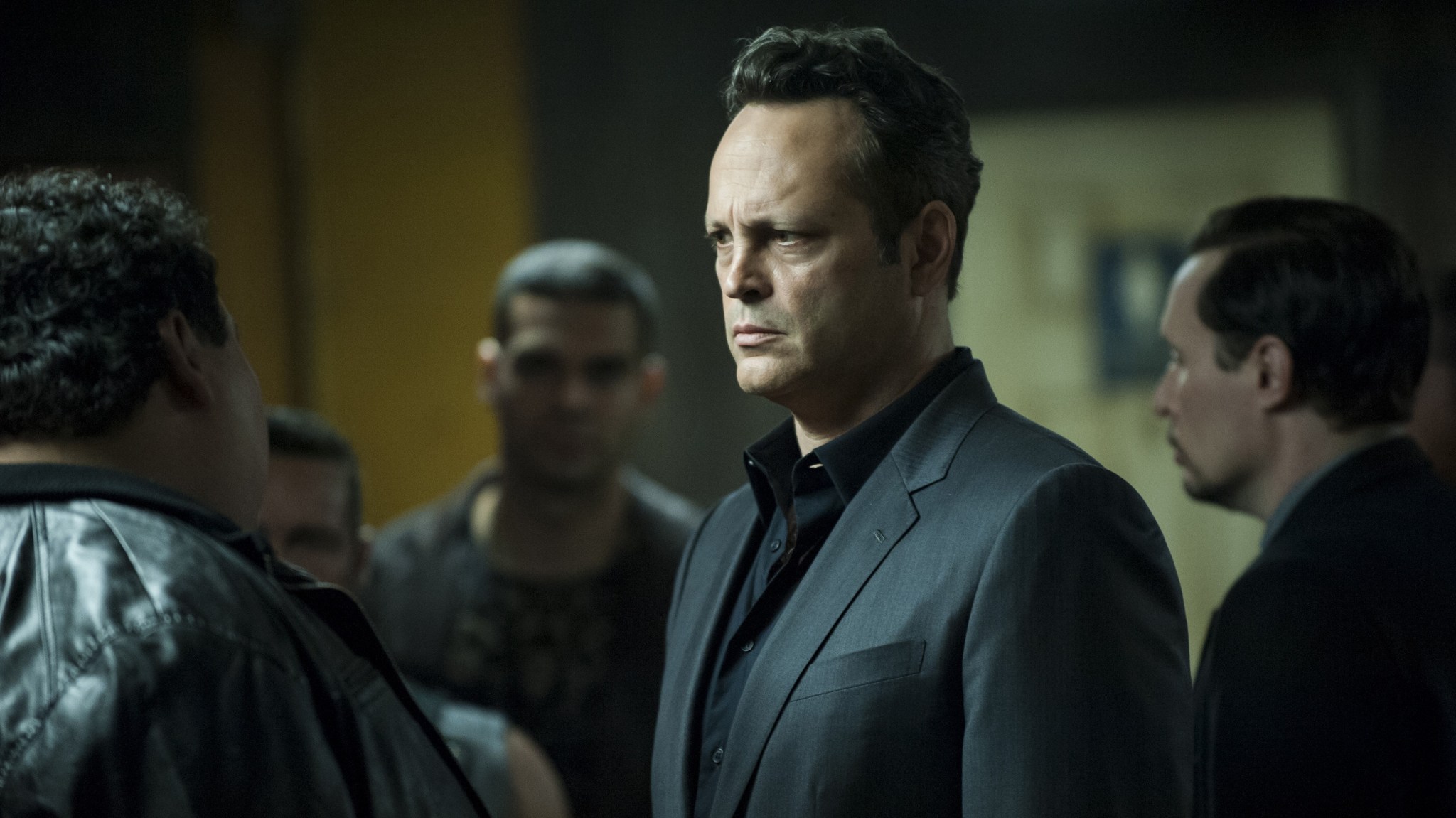 Southern California has its own industrial light and magic. Transplants walk around in a daze for the first year they live here, pointing vaguely at the sun, because of this light. You step out of LAX and the zap gets put on you. In this light, you look past the trash can fires burning in tent cities south of downtown, you ignore the ugly refineries pounding the earth out by the airport, you ignore the drought-stricken farmland north of the city. You see the same shopping mall pop up every three miles and it doesn’t even matter. You blink. You are living in a dream.

This dream light is why Los Angeles and its assorted satellite communities are such a perfect setting for True Detective. And it’s also why Ray Velcoro can never die.

At the end of “Night Finds You,” Velcoro took two in the chest from a shotgun-wielding assailant wearing a bird mask. At the beginning of “Maybe Tomorrow,” Velcoro finds himself in the Purgatory Saloon with his still-living ex-cop father (Fred Ward) and a Conway Twitty impersonator singing Bette Midler’s “The Rose.” It’s telling that Velcoro asks his father, “Where is this?” It’s a slightly different, weirder question than “Where am I?” It’s more concerned with the place than the person.

When Velcoro visits his father later in the episode, he brings him some indica to help him sleep and fishes his badge out of the trash. Despite real-world references, this scene has the same dreamlike quality as their first meeting. His father thinks he can hear Ray’s dead mother. Is that any weirder than the image he describes to Ray of men chasing him through the trees and shooting him to pieces? He talks about the O.J. verdict and the L.A. riots. “There ain’t no P.D. anymore,” says Ray’s father. Well, then what does that make Ray?

True Detective needs the signifiers of our world, but not the rules. It needs the corruption, the graft, the institutions, the laws, and the crime, but that’s it. Characters on this show don’t talk like us, and they don’t act like us. They are of this world but not in this world. This is “Los Angeles,” not Los Angeles.

Once you accept this, True Detective becomes a different kind of show, and it makes a certain kind of sense. Last season, the unreliability of our two main narrators was established through a series of backward-looking interviews. Memory and self-perception were adversaries to the truth, and Cary Fukunaga and Adam Arkapaw’s camera worked to create a world that existed largely in the minds of two storytellers — Rust Cohle and Martin Hart.

In the absence of the singular vision of Fukanaga1 and the interview gimmick, the show’s directors (so far, Justin Lin for the first two episodes and Danish filmmaker Janus Metz Pedersen for Episode 3) have turned, consciously or not, to David Lynch’s Mulholland Drive as a central text. Lynch’s 2001 film looked at Los Angeles — from the Hollywood Hills mansions to the sun-baked parking lots outside of doughnut shops — and saw a city that could contain infinite possibilities, horrors, timelines, and realities.

Nic Pizzolatto’s story is following suit. Those overhead shots of freeway interchanges are overused and serve mostly to transition from one scene to another, but when viewed as part of the dizzying narrative that is being assembled, they make sense. These roads are Carrie Mathison’s or Lester Freamon’s cork boards — they indicate the interconnectedness of the evil that lurks in the light.

Think about how many different faceless organizations, departments, and corporations we have been introduced to in just three episodes: holding companies like Catalyst and Porpoise; security companies like the one Paul Woodrugh worked for in the desert; all the various arms of the law — Ventura County Sheriff’s Department, California Highway Patrol, the state attorney general’s office, Vinci P.D. And then there’s the underworld — the various dark forces controlling everything from prostitution to construction. They build your house and tell you who you can sleep with inside of it.

Ever so slowly — I would argue a little too slowly — a picture is being drawn: a conspiracy of entities, civic and criminal, involved in the assembly of the California dream (the high-speed rail line through Central California) and the facilitation of its underbelly. The murder of Vinci city manager Ben Caspere — killed in the Hollywood apartment rented for him by the shadowy Catalyst — threatens to unravel this conspiracy. Ironically, the three cops charged with solving the case are also — knowingly or not — supposed to make sure that doesn’t happen.

For all the economic depression hitting their jurisdictions, everyone these police come across seems gainfully employed, and most of them are working for more than one boss. Like Mayor Chessani’s son tells Ani, “different roles for different jobs.” He works specialty events, Ani is working Velcoro, Ray is working for Frank Semyon, Frank wants to go it on his own but needs the Russian gangster Osip’s help. Detective Dixon (the excellent W. Earl Brown) seems more interested in Woodrugh than he does the Caspere case. 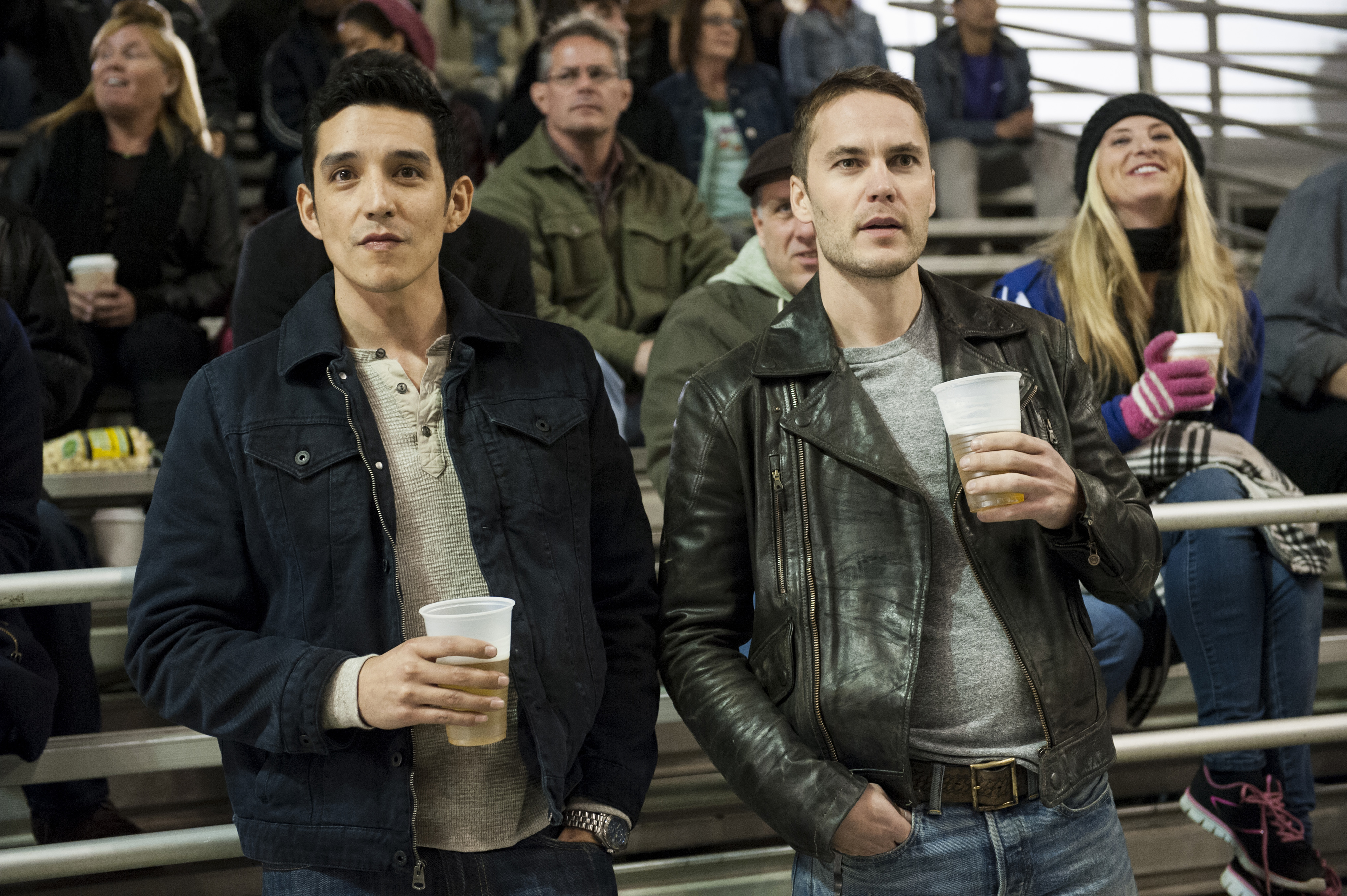 Woodrugh? Woodrugh is the lamb. Worry all you want about Ray, who may or may not want to live; despite Woodrugh’s military experience, he is not built for this battle. This is as good a time as any to highlight Taylor Kitsch’s performance. Of all the roles on this show, Woodrugh feels like it was tailored for a specific actor. The show plays with Kitsch’s persona as a guy long on looks and short on sense. He is the only character who doesn’t seem to see the puppet strings. Or maybe he does, but he doesn’t want to believe it. He is a kid, after all — cooped in his mom’s trailer, petulantly running errands for Ani (“Is that a fucking e-cigarette?” is my favorite line of the season), or getting drunk at the bike races with his friend.

Go back and watch that latter scene again. It might be the best thing Pizzolatto has written for this series, precisely because it’s written in code. These characters don’t have Rust Cohle’s preacher’s conviction, Ray or Frank’s emotional forthrightness. Every line Paul and his friend say to one another has a double meaning. It’s tragic. Woodrugh’s friend and onetime lover knows Paul didn’t sleep with the drugged-out starlet, because he knows who Woodrugh really is. Maybe it works because it’s a return to the storytellers trope. Two narrators, one scene — a village in a far-off land — one event, two different memories of what it meant. For a second, in the way Kitsch says, “the valley … ” you think maybe he’s letting this all in again. But when his friend says that was “the last time shit felt right” for him, and Woodrugh responds, “You mean combat?” it’s not really a question. He has talked himself into remembering that as a time of war, not love.

For all the illusion and layers, the artifice of the film sets, and the hallucinatory red and blue lights of the nightclub that Paul works, this was an episode largely concerned with what was or wasn’t natural. For Velcoro, the question is whether he feels natural being alive; for Semyon, it’s unnatural to conceive a child through IVF; for Paul, nothing feels right but the bike, but you got the feeling, as the night found him, that he was more and more comfortable in that nightclub, among the hustlers and watchers, than he would like to admit.

That leaves Ani. This character has been the great failure of the season so far. I say character and not performance because I think Rachel McAdams has so much to offer here. Everything from the way she walks to the way she delivers her clipped cop-speak feels like an interesting choice; it’s just not in service of anything yet. So much has been articulated about Paul, Ray, and Frank, but we still don’t know what drives Ani. Can her motivation be as simple as what she told Dr. Pitler in the second episode? Tough childhood? Really? Is that why you chase a masked man onto a highway and into oncoming traffic? Does she have a death wish? Psychology gets you only so far — she also needs a story, and so much of hers was told in a rush in the first episode.

Perhaps she’s not supposed to discover herself. Maybe Ani’s mission is to draw all of these loose story lines — Frank’s investments and criminal activity, the warring factions of Ventura and Vinci, the dead Caspere, the missing maid from her father’s New Age retreat, the bandaged woman in Pitler’s clinic, the Hollywood sex parties — and bring them together. If everyone else is looking inward, gazing up at water stains on the ceiling or trying to forget what happened in the valley, maybe Ani is different. Maybe she’s the one who shakes this dream world awake.