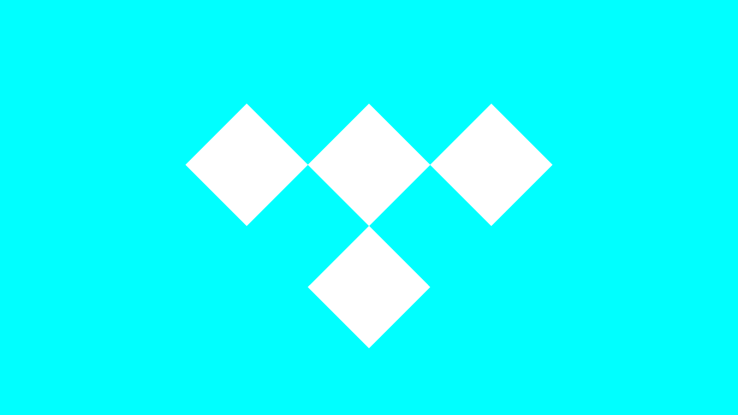 Earlier this month, Jay Z spent 56,000 racks1 on the acquisition of Swedish-based Aspiro, an online streaming music company. One of the brands under Aspiro’s umbrella is Tidal, a streaming service that made its way to the United States last fall.

Today, at 5 p.m. ET, an announcement will be made about Tidal. You know it’s serious because there’s a countdown clock. 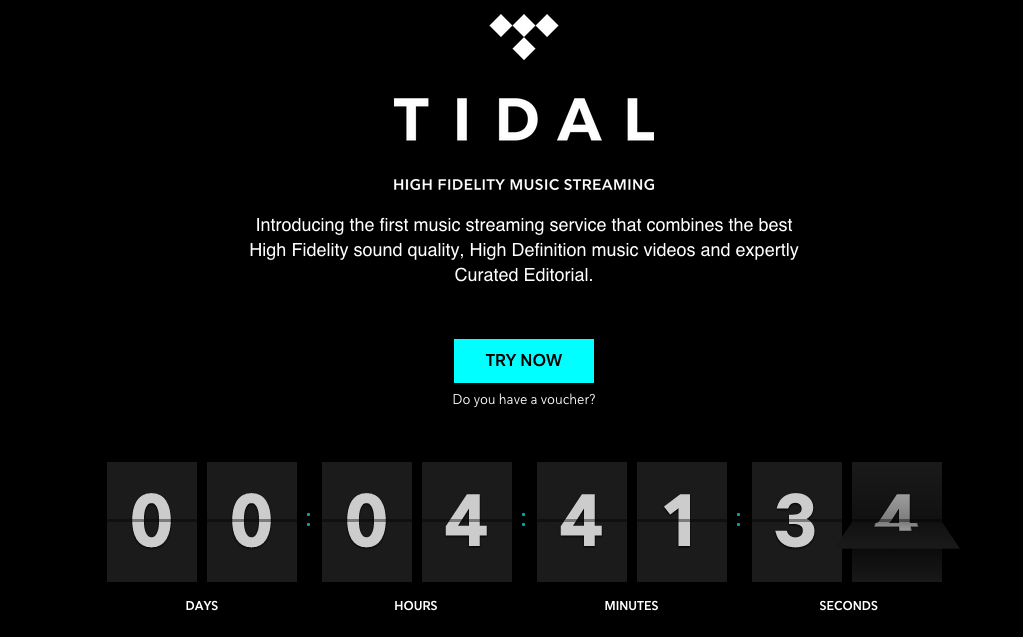 Without reading any material, it’s clear this is Jay Z’s gamble to challenge Spotify and Apple. But the site’s homepage also gives you the three-pronged mission of Tidal — how it plans to separate itself from the pack.

When you begin digging into Tidal, Aspiro, and the streaming-music wars, an interesting X factor presents itself: sound quality. According to the New York Times, “Aspiro is one of a small but growing number of online music companies that have bet on consumers’ interest in improved sound quality.”

Reading this was shocking. Who knew that all of my music on Spotify, plus the seven songs I’ve purchased on iTunes this decade, wasn’t top quality? Personally, I thought the quality was great. But then I remembered my blissfully satisfied years of using dial-up, watching non-HD television, pre-1080p videos, and life before TSA pre-check.

It’s hard to know that things need to get better until something better shows up — a something you didn’t even know needed to show up. But when that new something presents itself, your old, formerly satisfied self has no patience for the old way. We become disgusted by the old thing, almost to the point that we physically can’t endure the old thing. It’s like the Chrysler 300 saying: “It do look like a Phantom, until a Phantom pull up.”

This is what Tidal appears to be targeting. And it’s a smart-ish gamble, considering that Dr. Dre is now approaching billionaire status because his team convinced the collective universe that our lives would be positively changed by adopting glorified earmuffs with slightly better sound. For years I used Delta in-flight earbuds because they were free and would last an entire two weeks. And I was happy, because they served the minimum purpose: playing music. But now when I’m forced to use them, it sounds like someone is banging a steel pipe with another steel pipe next to two screaming dolphins, next to that screaming goat.

Banking on high definition and high fidelity seems like it could work (“expertly Curated Editorial” is simply a link to Grantland.com, so it’s a slight conflict of interest to discuss that wing of the company). At the very least, a precedent has been set of successfully tricking the public into paying money for such luxuries, so there’s that.

Oh yeah — I forgot to mention that with Tidal comes money. 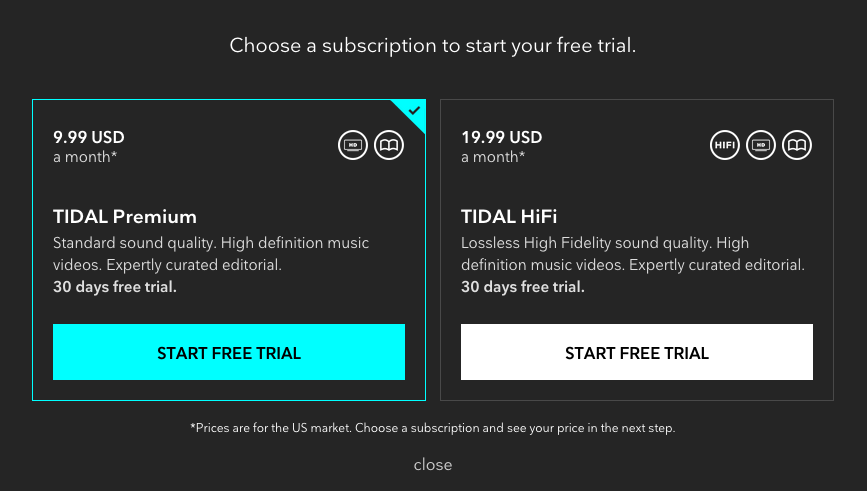 But there’s one other angle to Tidal that is not mentioned on the homepage: star power. Jay Z, no stranger to business casual performance art, has enlisted his powerful friends to get onboard. (You’re going to want to sit down for this, for it’s about to get very corny.)

Together, we can turn the tide and make music history. Start by turning your profile picture blue. #TIDALforALL

It's time to turn the tide and make music history. Show you are part of the movement by turning your profile pic blue. #TIDALforALL

So this is happening. But don’t think this landmark hashtagtivism stops here. NAY.

And here I was, thinking Mr. Carter had peaked with his three-minute “we put the album out on July 4″/“we need to write the new rules”/“I just want a Picasso”/“bangbangbangbang.gif” commercial with Pharrell, Timbaland, Swizz Beatz, and sleeping Rick Rubin.

Jay Z loves theater. And big business allows him to create high theater in a way that being a rapper never could. This is a new type of drama. This is the opera. This is Phantom. And Jay Z is Gaston Leroux, Erik, Lon Chaney, and Andrew Lloyd Webber. This is who he is now, a man of the business world. He can’t be cool anymore, because money — bigger than rap money — has primacy now. When he was cool — when putting your name on the product in which you had equity was the pinnacle of success — he actually thought he was a business. But now that he’s actually throwing weight around, he’s finally becoming a businessman.