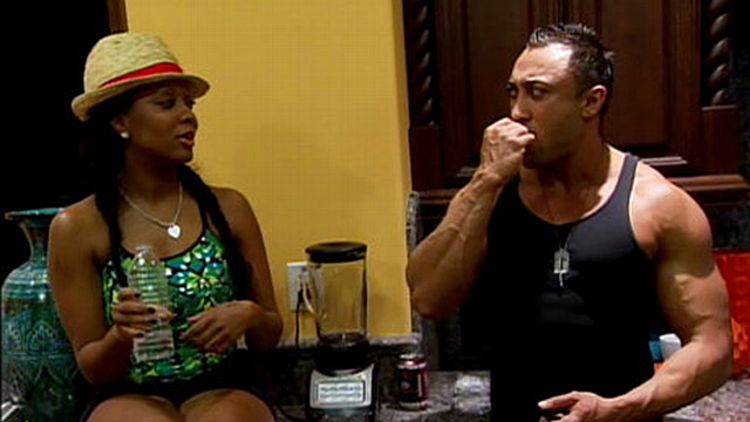 Why Are We Watching Him? He’s kicking off a dating boot camp, trying to make over the love lives of four single men and four single women.

How Did He Get Here? Apparently he is a successful matchmaker.

What’s the Grossest Thing We See? Steve starts out with twice as many potential boot campers as he has room for and winnows down their numbers by observing which candidates are the most hopeless in a speed-dating situation. One of the women he chooses is Judy, a widow who, from what we see, still can’t help crying whenever the subject of her late husband comes up, even though he died six years ago. In addition to Steve’s questionable decision to include her in his boot camp despite the fact that she clearly isn’t ready to date yet, he slut-shames her in front of the whole group for daring to talk about sleeping with any of her male roommates. “Kris, do you feel that it would be difficult to get Judy into bed?” Steve asks one of Judy’s fellow boot campers. “Seems like, in the Jacuzzi, give her a few drinks, you could probably scoot her up,” Kris says with a shrug. “A man wants to feel like he did something no one else can do,” Steve tells Judy. “I think you cheapen yourself.”

What Have We Learned? Women who like sex don’t deserve love, according to this judgmental pig — oops, I mean “the CEO of Master Matchmakers, an exclusive, high end matchmaking service that has been coaching and connecting eligible singles to one another for over 20 years.”

Who Is This Now? Brian and Sheila Moffatt.

Why Are We Watching Them? They are taking us through the apocalypse preparations they’ve made for themselves and their seven children.

How Did They Get Here? They are convinced that the United States is on the verge of economic collapse, and they want to be able to defend themselves against the less fortunate when society goes to hell.

What’s the Grossest Thing We See? As you know if you are a regular reader of this space, I am pretty grossed out when paranoid, anti-government parents put loaded weapons in the hands of their minor children, as happens here. I enjoy it even less when the children are being homeschooled (while all wearing camo-print T-shirts), when it seems pretty clear that concepts like generosity, community, and altruism are not on the curriculum and that the children will learn them … nowhere. Yet somehow even worse than both those things is when we hear Sheila delivering a not particularly even-handed lesson about inflation and Socratically asking, “Then how much has the price went up?”

What Have We Learned? Between the propaganda being drummed into their heads from birth and the terrible grammar they are evidently learning, the Moffatt children are getting a terrible start in life.

Who Is This Now? Brent Jr.

Why Are We Watching Him? He’s trying to get his siblings to act right.

How Did He Get Here? His father, Brent Sr., brought Brent Jr. and four of his siblings to the castle Brent Sr. has been building in order for the family to ride out the apocalypse, and is putting them all through a series of challenges to test their readiness.

What’s the Grossest Thing We See? Brent Jr., the eldest of Brent Sr.’s 10 children, generally disdains his younger brother Michael, but saves his real vitriol for the three sisters who’ve been chosen for this project, because Brent Jr. is a sexist pig. One morning he gets the idea of drafting some rules and consequences in order to get his siblings to line up with his idea of proper comportment (even though from what we’ve seen thus far, Brent Jr. is just as useless at fulfilling Brent Sr.’s assignments as the rest of them are). “There is a religious foundation in my family,” says Brent Jr. “And I knew that I could play on that.”

What Have We Learned? Given that Brent Jr. and his family have taken up arms against phantom marauders as opposed to turning the other cheek and/or sharing loaves and fishes with them, Brent Jr.’s biblical study seems to have been kind of selective.