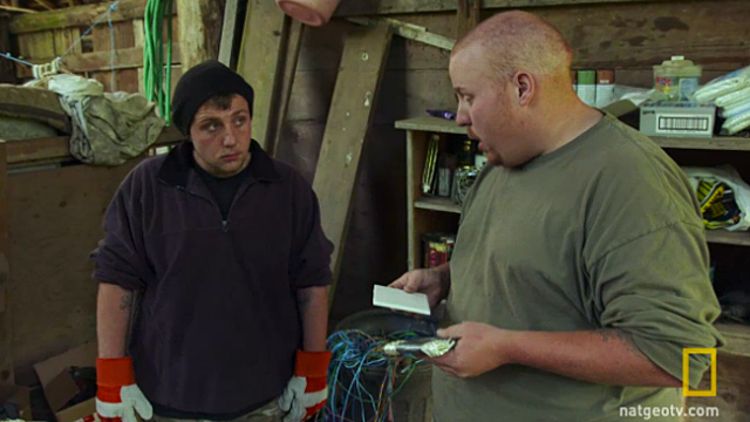 Why Are We Watching Him? He’s showing us how he plans to survive after an apocalyptic event, like a catastrophic act of domestic terrorism.

How Did He Get Here? Apparently, having watched Doomsday Preppers since the first episode, the lesson he has learned is that prepping is for chumps, and that the best plan for survival is to become the very sort of marauder that normal (rather, “normal”) preppers fear.

What’s the Grossest Thing We See? It’s pretty bad when Tyler and his cousin do a trial run of a cesarean section on Tyler’s pregnant wife, under a sheet of plastic in his filthy barn. Even worse is watching step-by-step instructions for homemade body armor.

What Have We Learned? No one at the National Geographic Channel sees any issue with showing exactly how to make body armor that might let any unbalanced criminal watching evade capture by actual law enforcement officers?

Who Is This Now? Aimee.

Why Are We Watching Her? She’s showing us the measures she takes to save money.

How Did She Get Here? Apparently, she amassed her net worth of $5.3 million in part by being a complete skinflint.

What’s the Grossest Thing We See? No one should eat any food in a kitchen like Aimee’s, where dishes are “cleaned” with an absolutely filthy old sponge, but when her ex-husband (who cleans her house for free) accepts a sandwich from her, only we see that she makes his tuna salad with cat food.

What Have We Learned? Aimee’s ex has dangerously low self-esteem.

Who Is This Now? Wayne.

Why Are We Watching Him? His daughters are trying to reconnect with him, even though he has hoarded his house past the point at which he could accept visitors.

How Did He Get Here? When he was a high school principal several years ago, Wayne received a letter in which a student threatened a “Columbine-like” attack on the school, specifically naming Wayne as a target. Wayne suffered a breakdown and has been in a state of severe PTSD ever since.

What’s the Grossest Thing We See? By the time we meet him, Wayne seems to be subsisting on pizza and bottled protein shakes, but there is still some very elderly food in the fridge, and nothing that hasn’t been kept in its original packaging is even kind of recognizable.

What Have We Learned? Wayne’s family waited a very long time to intervene with him (though from what we see, it’s understandable they would want to limit their time with him).