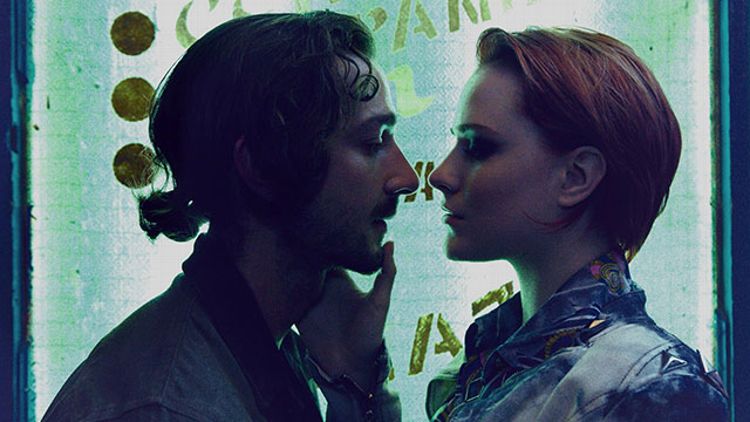 Before checking out Fredrik Bond’s Charlie Countryman, I only knew that it was the movie for which Shia LaBeouf Method-ate a bunch of acid. I was under the false impression that it was a Western, because of the title (country, man!) and because I was confusing it with 2012’s Lawless, a violent Western written by Nick Cave that Shia LaBeouf co-starred in. I was hoping Charlie Countryman would be a psychedelic Western, like Zachariah or El Topo, but Charlie Countryman is decidedly not a Western. It’s not really anything? It’s a little bit like watching a college kid backpack through Europe. It’s a fantasy about getting involved with the criminal underworld of a foreign country, but it’s a fun fantasy; a bubblegum version of Eastern Promises about a random regular guy who is not scary at all. It’s a travelogue through scenic Bucharest, Romania! People singing opera in Eyes Wide Shut masks! Cyberpunk youth hostels! Seamy strip clubs populated with tits and lighting gels!

Having been burned by erstwhile father figure Michael Bay after a fairy tale rise to stardom shepherded by fantasy father figure to all Steven Spielberg, Shia still seems eager to prove that he is a real actor. LaBeouf talked about the acid he took while filming the scenes in which Charlie is on acid, saying “There’s a way to do an acid trip like Harold & Kumar and there’s a way to be on acid. What I know of acting, Sean Penn actually strapped up to that electric chair in Dead Man Walking. These are the guys that I look up to.” He admits that director Bond wasn’t sure how to handle him while he was tripping. “Sometimes it does get real. Too real for a director who’s trying to keep a diplomatic set.” In the script, Countryman gets high on imaginary compound “Carpathian ecstasy,” but Shia decided to improvise without telling the director. Hilariously enough, he seems like he is on acid in EVERY scene. Sweating, looking glassy, like the friend you’re taking care of who won’t admit they took too much. He’s going for inner turmoil, but seriously, in every scene I was like “Shia is freaaaaaking ooooouuut!!!!!”

Next up for Shia is Lars Von Trier’s Nymphomanic, a.k.a. the movie in which people might have real sex onscreen, but watch out, because they might also get violently castrated in close-up right afterwards. Having trained under Bay, Shia continues to seek out extreme directors he hopes will push him to the edge. He made the dismal Wall Street 2: Money Never Sleeps with Oliver Stone, and Von Trier seems like just the type of trainer he needs. Working with Von Trier has become the mainstream actor’s version of doing gonzo porn. It’ll be a real moment of truth for LaBeouf, who talks a big game but so far has failed to top his own performance in Holes as an adult actor. I liked LaBeouf in Holes so much that I have been rooting for him ever since. He also has a strange, sad backstory that involves hippie parents struggling with drug problems and abject poverty that led the family to sell snow cones dressed as clowns in Echo Park.

Nymphomaniac drops trou in December, but LaBeouf already demonstrated his willingness to go full-frontal for the sake of authenticity and art, dangling his actual Witwicky in a 2012 Sigur Ros video. He’s currently filming Fury, a World War II movie helmed and written by David Ayer, who wrote The Fast and the Furious and Training Day before helming his own films, most recently End of Watch. Fury costars Brad Pitt, who already did the B-movie WWII thing in Inglourious Basterds, but Ayer’s hard-boiled L.A. noir aesthetics are worlds away from Quentin Tarantino’s. German actor Til Schweiger, who played Sergeant Hugo Stiglitz in IB, appears in Countryman as an intimidating strip club owner.

The cartoonish central bad guy is played by the Danish actor Mads Mikkelsen, currently slicing livers and winning hearts as the eponymous lead on NBC’s Hannibal. Mikkelsen does understated sophisticated psycho very well, and his scenes are easily the highlight here. His Countryman villain Nigel is a sleazy pan-European gangster who is instantly much more interesting than the actual milquetoast protagonist. The movie’s Romanian underworld feels very vague and barely Romanian, sort of a mishmash of Mafia clichés and fan fiction about the actual Romanian Mafia. Apparently Bucharest is not the hub of criminal activity it once was since a major crackdown on gangs in the 2000s, but this movie counts on us not knowing that. There’s one very hopeful reference to Three Days of the Condor that had me saying “No, honey” out loud to the screen.

LaBeouf originally dropped out of this movie and was replaced by Zac Efron, who in turn had to drop out, prompting LaBeouf to sign on again. This movie could just as easily be a Zac Efron vehicle, and his blandness might have served the blank archetype main character better, but still wouldn’t have made the movie good. Maybe he realized he shouldn’t do another movie with the name “Charlie” in the title? Rupert Grint, last seen in this column as Cheetah Chrome in CBGB, appears here briefly as a sweaty partygoer who helps dose Charlie at the youth hostel. Melissa Leo is Charlie’s kooky mom who’s on her deathbed, a part that seems to be a weird staple in indie movies of a certain stripe. They’re usually played by Susan Sarandon, but Melissa Leo is a more than acceptable alternative.

Evan Rachel Wood is trapped playing Gabi, the barely-sketched-out object of Charlie Countryman’s desire (she plays the cello! Her hair is short and dyed red!), with a fairly terrible fake Romanian accent. Charlie meets her father on a plane; his dying wish is to get a message to his daughter. The message is meaningless but serves as a plot device to get Charlie and Gabi together. From there they get into a car crash, hop subway turnstiles, hold hands, do barefoot ballet, and fall in the kind of romantic movie love that involves sitting in the Romanian gutter together and talking about the meaning of life, man. I’m not saying stuff like that doesn’t happen or isn’t romantic when it happens. I’m just saying it’s not necessarily interesting to others by default.

The original title of the film wasThe Necessary Death of Charlie Countryman, and the twist is that [SPOILER ALERT] Countryman, who appears to die in the opening moments of the film (the rest is in flashback), doesn’t actually die. Instead he is baptized in the healing waters of Lake Romaniatonka and lives to see another day with his new girlfriend, her crime lord boyfriend having conveniently been disposed of by a rookie cop. Unfortunately, though, Charlie Countryman doesn’t really work as an action movie, a romance, or an existential road movie. When you feel like calling a movie “competent,” it’s never a very good sign. Like a rich kid on a backpacking trip through Europe, any revelations it brings are fleeting. Soon enough it’s back to school and life as usual.