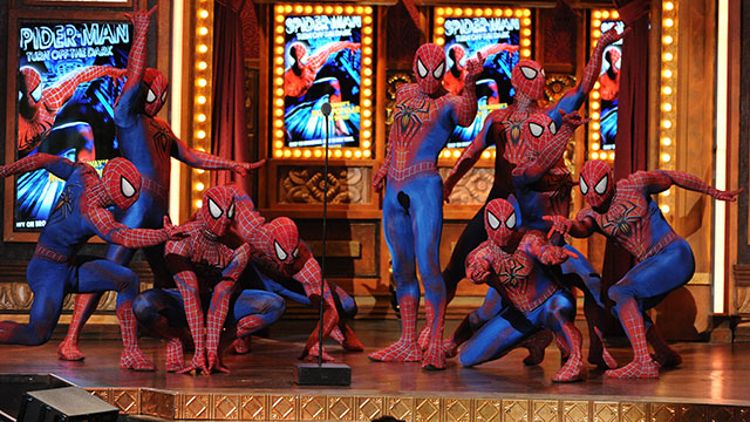 Superheroes rule everything, right? The box office, Netflix’s original programming department, prime time on ABC, the children’s fantasy market. Not Broadway, though, buddy. Nope. Spider-Man: Turn Off the Dark is ending its New York run in early January, less than three years after opening, the Wall Street Journal reports. At $75 million, it was history’s priciest theatrical production — unless the Greeks were pulling out some serious stops on their deus ex machina contraptions and historians have failed to calculate inflation rates correctly. “The show is, I would say, middling,” producer Jeremiah J. Harris tells the New York Times. “We could run for probably another three to five years being stuck in the middle. We think it will play Las Vegas with a greater bang than it did in New York.” You’ve been cast forth into the desert, Spidey.

Ticket sales are to blame for the show’s closure — last week’s $742,595 in revenue was less than half of what the show is capable of earning. At its height, the show earned about $1.5 million per week. Turn Off the Dark continues to be one of the most-attended Broadway productions, but the Foxwoods is also Broadway’s largest theater. Sources tell the WSJ that Australia’s King Kong musical could eventually take Spider-Man’s place. “It could take months and millions of dollars to retrofit the theater, which has been tricked out to accommodate the show’s aerial effects, to its original state,” the WSJ writes. No word yet on where the show will land in Las Vegas.

In addition to the show’s dazzling effects and a score from U2’s Bono and the Edge, Turn Off the Dark has featured bonkers behind-the-scenes drama for the entirety of its existence. Before the show opened, director Julie Taymor (Across the Universe, Broadway’s Lion King) got canned. A gruesome onstage incident in August brought the total of injured actors to six. Lawsuits everywhere. But maybe someday the parties involved can look back at the good times — and the $203 million overall gross, which is a lot, although not enough to have paid back all the investors yet — and smile.