I’m in Love With Shia LaBeouf 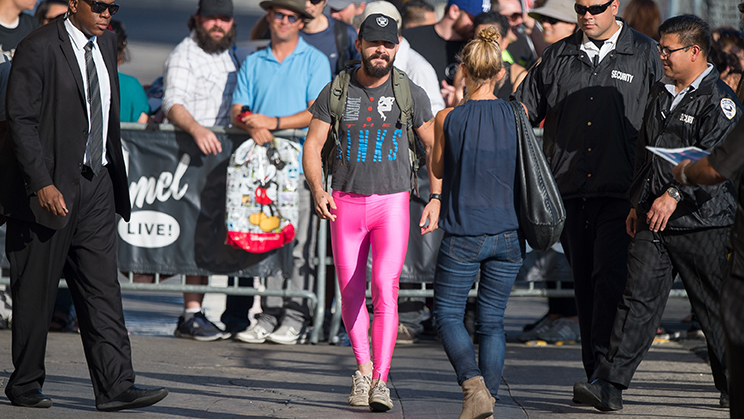 I’m in love with Shia LaBeouf. For the past year, people have been telling me that he’s crazy. All this time, I’ve felt like he’s the only person who understands anything.

Over the last week or so, the actor got public opinion back on his side, using the traditional methods of damage control. He went on Ellen, to more or less apologize for his recent erratic behavior.

Then he stopped by Jimmy Kimmel Live to add some embellishment. The subject was his June arrest, which occurred after attending a Broadway performance of Cabaret. Shia proved himself to be a magnificent storyteller, and the colorful tale of his daylong, trans-Atlantic whiskey binge and subsequent arrest went viral.

The anecdote got laughs, but if you watched closely, he seemed to be serving it with a side order of regret. Forget that. Shia’s past year has been iconic, and when he becomes another rigid, sterile Hollywood player with an Oscar, exempt from brushes with the law or any other sort of PR blunder, we’ll remember this moment for what it was: awesome.

Shia’s recent escapades are merely the latest manifestation of his tumultuous life. He’s been a wild boy from the beginning. That’s what happens when your heroin-addicted father pulls a gun on you during a Vietnam War flashback. In the years since, Shia’s been no stranger to violence. In many cases, he has welcomed it.

At 19, he showed up at a neighbor’s home wielding a knife after threats were made against his mother. That neighbor wound up kicking his ass.

In 2005, he was arrested for assault with a deadly weapon after he rammed his car into the back of a neighbor’s vehicle for blocking access to his garage. Fair.

In 2007, he was arrested for misdemeanor criminal trespassing after he refused to leave a Walgreens in Chicago. Once again, understandable. I’ve taken a really long time to make a decision in the candy aisle at Walgreens, too.

In 2008, a warrant was issued for his arrest after he failed to show up to court for a hearing over an unlawful-smoking ticket in Burbank. Forgivable.

Up until then, Shia’s legal flare-ups barely registered. It was his arrest for misdemeanor drunk driving in the summer of 2008 that truly gave birth to his “bad boy” persona. There’s nothing cool about drunk driving, but the confluence of circumstances surrounding the incident made it a landmark event in terms of the public’s perception of the young star.

It all started when his Ford F-150 was T-boned by a car running a red light, at the intersection of La Brea and Fountain in West Hollywood. He had actress Isabel Lucas riding shotgun while they were — in his words — “philandering around.” (Lucas was still dating Entourage’s Adrian Grenier at the time.) She only sustained minor injuries. Shia wasn’t so lucky. He injured his hand, and would go on to require multiple surgeries, but he didn’t let it interfere with his Transformers: Revenge of the Fallen shooting schedule, and was back on set in two days. It was Shia’s refusal to take a Breathalyzer test on the scene that got him placed in handcuffs.

In the past three years, he’s been in at least six reported street fights. There was the February 2011 altercation at Mad Bull’s Tavern in Los Angeles, where he got punched in the face and arrested. Eight months later, he responded to the provocations of a pedestrian in a manner that led to him getting pummeled on a Vancouver sidewalk. Last October, he was punched and kicked in the nuts after filming a girl throwing up outside of a London bar. Two months later, in my personal favorite Shia Incident, he told a man, “I can get you killed” during a heated exchanged in another London bar. The next month, he head-butted a guy during an argument in yet another London bar. Then he tried to fight someone outside of a strip club, a week before the Cabaret arrest.

This has been Shia’s era of not giving a shit. He was an open wound in the press, alluding to Megan Fox committing adultery with him in a Details interview. He was accused of plagiarizing Daniel Clowes with the short film he directed, Howard Cantour.com. He responded to those accusations of plagiarism with plagiarized apologies. He had a very public feud with would-be Orphans co-star Alec Baldwin, which led to his departure from the Broadway production of the play. He spent some of that time surrounding himself with rappers and rockers — Kid Cudi, A$AP Mob, Marilyn Manson, Cage.

Most young people, to varying degrees, go through this kind of period. It just so happens that Shia’s was highly publicized. He’s famous, no matter what the brown paper bag on his head said, and any attempt at “retiring from all public life” would have been difficult to realize. 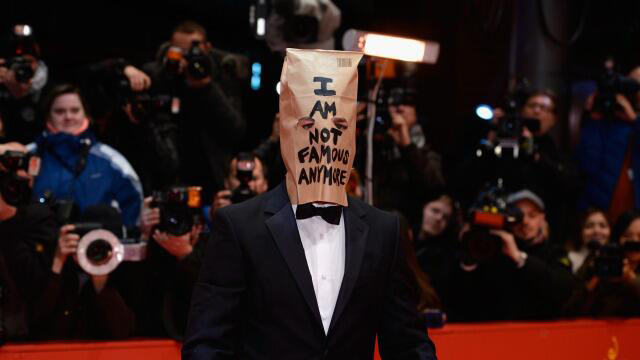 Shia’s antics have been used to discredit him, as an actor and a person. He was close to becoming a sideshow attraction. But I’ve always seen through the criticism. His worst behavior only made him more human to me. It’s part of what made me like him. The other part was his dedication to his craft, his work ethic, and his performances. Appreciation for those aspects of his career were lost in the ruckus.

Though they got their start on the same network, Shia LaBeouf is not Lindsay Lohan. He takes his job as an actor seriously. This isn’t a guy who’s been so consumed by his own celebrity that he has failed to execute as an artist. It’s more that he’s so consumed by his own artistry that it screws with his standing as a celebrity. With each role comes a new story, not of how he missed call times or didn’t have lines memorized, but of how far he pushed himself and his cast.

To prepare for his role as a Bible-thumping Southerner in World War II epic Fury, Shia reportedly pulled out his own tooth, sliced his own face for more realistic scars than what make-up technicians could achieve, joined a National Guard unit, shadowed an army chaplain, donned the same military garb for weeks, and forewent regular bathing.

Fury director David Ayer called him “wonderfully complex, brilliant, and committed.” Co-star Brad Pitt praised him as “one of the best” actors he’s ever seen. LaBeouf drank moonshine to achieve a “drunk bloat” in Lawless, dropped acid to get better in touch with his Charlie Countryman character, and emailed Nymphomaniac producers a picture of his penis to express his devotion to the project. All of that effort shows onscreen.

His outbursts rub people the wrong way, but you know what? Who cares. Few people know what it’s like to lose your mind for what you see as a greater cause. They don’t realize that it’s in those moments of alleged instability that you gain your truest sense of self and become a better person for it. I’m happy that Shia has calmed down, gotten back in touch with reality, and taken responsibility for the mayhem that he’s caused. But as a fan, I’m even happier that he spent some time living on the edge.

I get it when he throws coffee at the paparazzi, or takes off running from them in a frenzy. I get it when I see him out here pulling one of his meta-modernist performance art stunts in spandex running attire, fit for a Joseph and the Amazing Technicolor Dreamcoat wardrobe rack. If he needed to escape from the chaos of existence by wearing Uggs and the same dirty hat for three months straight, so be it. He’s already said #IAMSORRY, but I don’t think he has anything to be sorry for.

From Houston to Memphis: Gangsta Boo and Beatking Make the Mixtape We’ve Been Waiting 14 Years For