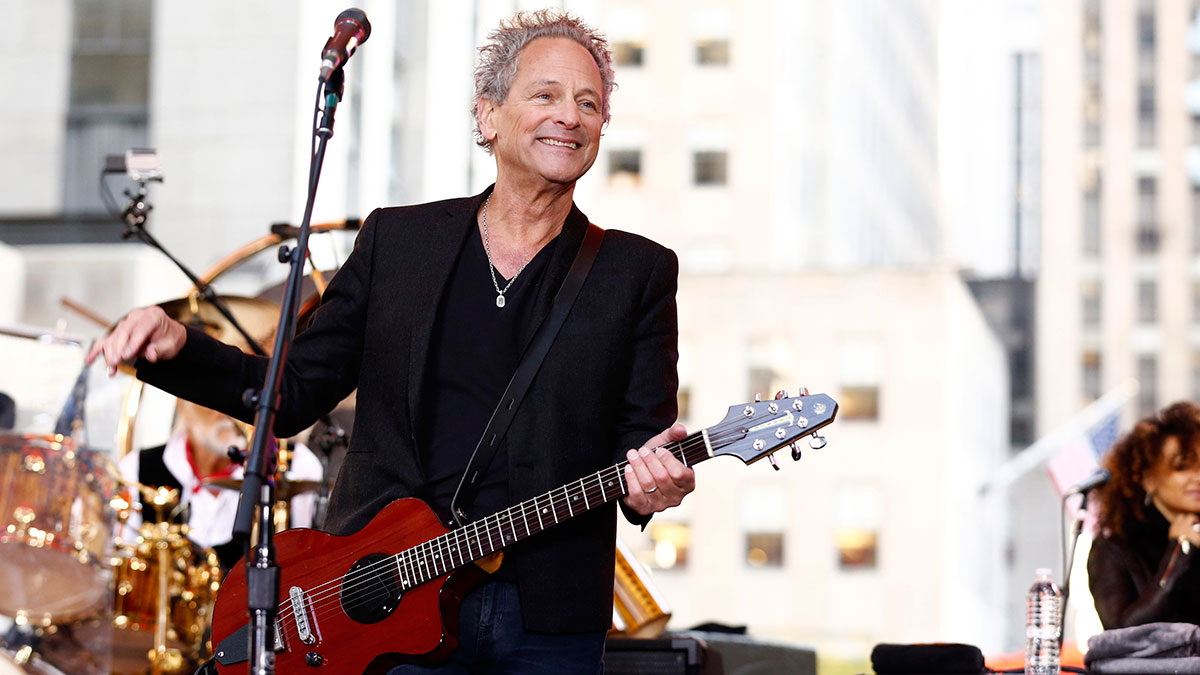 I still can’t believe this actually happened. Lindsey Buckingham has been one of my artistic heroes for years. Like everyone else on planet Earth, I’m a huge fan of his seminal songs with Fleetwood Mac and of the enduring rock-and-roll myth in which he played a central role: His relationship with Stevie Nicks, on and off the records, gave rise to the crazy-making belief that the best art can come only from the worst kind of emotional wreckage. More than any of that, though, I’m continually inspired by Lindsey as a solo artist. (Check out my Spotify playlist of his best solo work below. And then tell me it was made by a guy who just qualified for a senior discount at the movies.) Across five decades, with collaborators and without, he’s never stopped chasing his muse, even when it leads him straight over a cliff. Thanks to this drive, Fleetwood Mac stands apart from all other legacy acts touring the world today. The current “On With the Show” tour — the first to include Christine McVie since 1998 — is a sweaty, revelatory evening of old hits and new energy. From standards like “Go Your Own Way” to overlooked gems like “I Know I’m Not Wrong” (probably my favorite song of all time), the performance never once backslides into nostalgia. With Lindsey fingerpicking, stomping, singing, pleading, and barking like a rabid, heartsick dog, it exists only in the now.

So I was as flustered as I’ve ever been on the day last week that Lindsey agreed to meet me in a Manhattan studio. I shouldn’t have been. Fresh off two sold-out nights at Madison Square Garden, Lindsey was kind, modest, and charmingly geeked over the band’s return to its classic lineup. Over the course of our 50-minute conversation, he spoke freely about the music that inspired him, the perpetual strangeness of his relationship with Nicks, and the reasons he never settles. “Do you think I have self-esteem issues?” he asked at one point. He shouldn’t. With a new Fleetwood Mac album on the way, more solo songs in the offing, and an unmet desire to work with younger bands (Vampire Weekend? Jenny Lewis? Can someone please give this man a call?), Lindsey Buckingham is shining as bright as ever in his golden years.