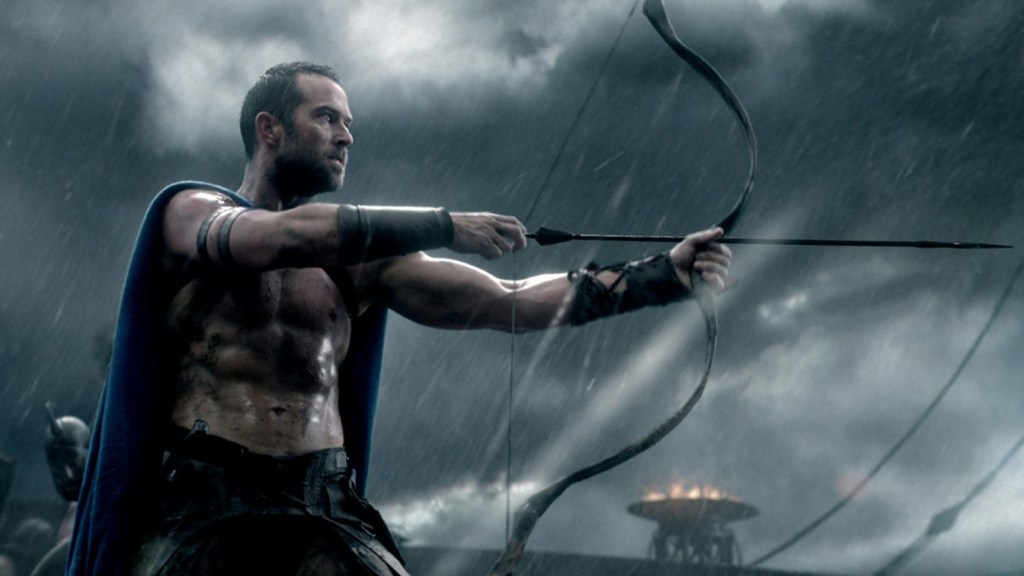 1. 300: Rise of an Empire, $45 million (opening weekend)
The original 300 premiered almost exactly seven years ago to $70.9 million, back when a comic book movie that really looked and felt like a comic book was a novelty. 300 — which history now knows is a deeply problematic way to spend a couple of hours — was something you had to see. 300: Rise of an Empire is only something you have to see if you want to experience that wild-sounding sex scene on the big screen next to a bunch of creepy strangers. An interesting note, though: “3D showings accounted for 63 percent of earnings, which is abnormally high: in comparison, Thor: The Dark World’s 3D share was 39 percent,” Box Office Mojo writes. Lot of people wanting to scope those abs in as many dimensions as possible, huh?

2. Mr. Peabody & Sherman, $32.5 million (opening weekend)
A couple of weeks ago, I guessed that The Lego Movie would bury this Rocky and Bullwinkle spinoff property and hold the children’s movie fort till Muppets Most Wanted rolled up. I was wrong and I want to apologize to both Sherman and Mr. Peabody. And yet, despite the strong showing in the top five, Box Office Mojo says this is “the latest DreamWorks Animation movie to disappoint at the domestic box office.” The benchmark they’re looking at is the studio’s last two March releases, The Croods and How to Train Your Dragon, which debuted at $43.6 million and $43.7 million.

3. Non-Stop, $15.4 million ($52.1 million cumulative; last week: no. 1)
Now every time Liam Neeson goes into a bar trying to brag about how he beat the Jesus movie that one weekend, dudes will immediately start busting his chops about the time the kiddie movie nobody had heard of beat him the following weekend.

5. Son of God, $10 million ($41.5 million cumulative; last week: no. 2)
Speaking of plunges in the 50 percent range: This “History Channel’s Bible miniseries becomes a movie” project fell 61 percent. And it doesn’t have international distribution, either yet or at all.

Filed Under: Box office, Son of God, Non-Stop, the lego movie, 300: rise of an empire, mr. peabody and sherman