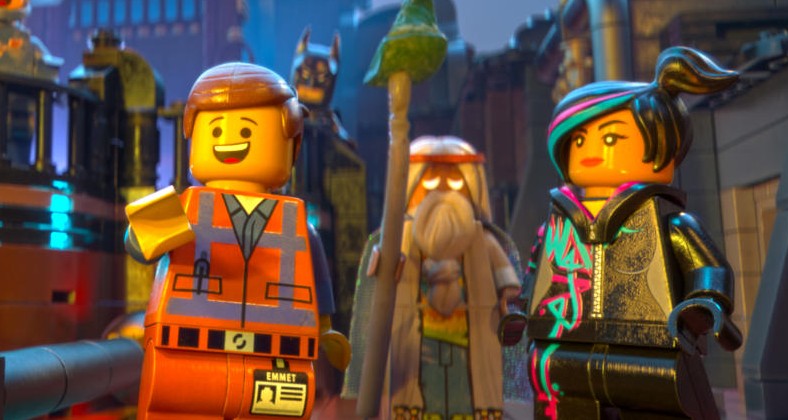 1. The Lego Movie, $69.1 million (opening weekend)
We all should’ve seen this one coming two Toy Story movies ago, but now it’s official: The Lego Movie is one of the biggest all-original, non-sequel debuts for an animated film, and the second-best February opener of all time after The Passion of the Christ’s $83.8 million a decade ago. Expect an even starrier Lego Movie 2 ASAP.

2. The Monuments Men, $22.7 million (opening weekend)
That seems like a small figure for such a celebtastic WWII movie, but Box Office Mojo is quick to note that it’s the best opener for a film directed by George Clooney — 2008’s Leatherheads opened to $12.7 million, while 2011’s The Ides of March debuted with $10.5 million. Sony’s distribution chief says the tally “came in on the high end of our expectations.”

3. Ride Along, $9.4 million (last week: no. 1; $105.2 million cumulative)
Congratulations to Kevin Hart and Ice Cube for hosting the first 2014 release to cross the $100 million mark. Treat yourselves to something special and expensive.

4. Frozen, $6.9 million (last week: no. 2; $368.7 million cumulative)
Frozen’s going to stick in the top five as long as a season of baseball, so we might as well keep coming up with stats. This week: It’s now the highest-grossing animated movie released in 2013, passing Despicable Me 2 by thismuch. (Domestically only; Despicable still leads the global haul. For now.)

5. That Awkward Moment, $5.5 million (last weekend: no. 3; $16.8 million cumulative)
A relatively soft dip in attendance for a movie that needed exactly that. (Last week’s debut was Zac Efron’s worst ever.)

Filed Under: Box office, that awkward moment, frozen, ride along, the lego movie, the monuments men

'True Detective': Six Questions for the Second Half of the Season