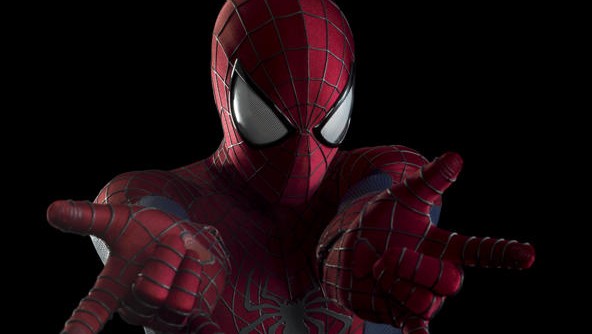 Summer/“summer” movie season is upon us! Does that mean you want to know how much money Sony’s made on the second Amazing Spider-Man already, at the conclusion of the movie’s first weekend playing in the United States of America? $369 million worldwide, that’s how much. The domestic debut is close to Captain America: The Winter Soldier’s $95 million opener last month but less than the preceding Spider-Men. 2012’s The Amazing Spider-Man earned $75 million in the week leading up to July 5, and then an additional $62 million over the post–Fourth of July weekend. The first two Tobey Maguire Spideys opened at about $115 million in 2002 and 2004, while the third one came in at $151 million. The series’ best performance worldwide was Spider-Man 3’s $890.9 million. Andrew Garfield’s version won’t get there this time — didn’t last time, either; $752.2 million internationally in the end — but there’ll be plenty of upcoming opportunities.

A respectable showing for this movie on a weekend where Spider-Man and Captain America were both out for blood.

Officially earned back its $12 million budget more than five times. It’s also holding in third place and proving that the Christian Movie Moment might be growing into something a little longer. (After two weeks at no. 11, God’s Not Dead earned another $1.8 million to bubble back into the top 10, landing at no. 9.)

This one tacked on only a little extra after four weeks in the world, but it’s now at $679.8 million worldwide, which is miles past the original Captain America’s total haul of $370.6 million. The Winter Soldier has now outearned Iron Man and Iron Man 2, Batman Begins, and Man of Steel.

I finally saw Frozen this weekend, and I definitely get why none of the children’s movies since have been even close to as big. Rio 2’s still kickin’, though.

Also notable: Transcendence continued its speedy descent, falling in its third week from no. 6 to no. 13 and earning only $1.1 million. It’s almost definitely going to end up as one of the year’s hugest flops. Elizabeth Banks’s Walk of Shame, which was originally going to have a standard wide release, got the VOD-and-limited-theaters treatment. It wound up earning just $38,000 in 51 locations. “It reportedly shot up to first place on iTunes, Box Office Mojo writes, “though specific VOD information is not available.”

Filed Under: the amazing spider-man 2, Box office, Movies, The Other Woman, captain america: the winter soldier, heaven is for real, rio 2, transcendence, walk of shame

See all the amazing spider-man 2

‘Game of Thrones’ Recap: The Book of Cersei