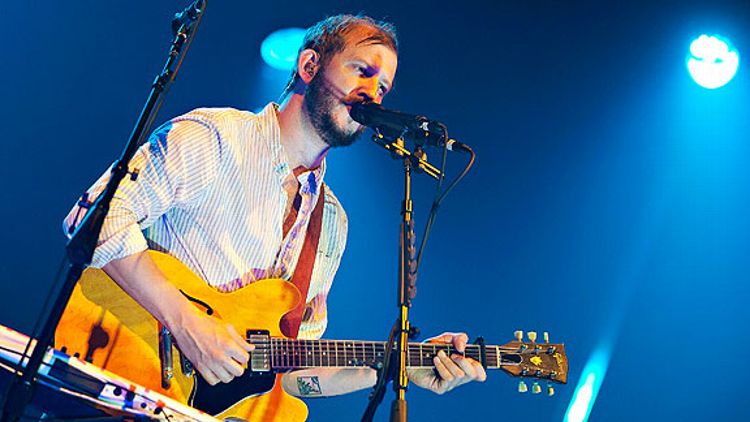 With 12.4 million viewers, Sunday night’s VMAs broadcast was MTV’s most watched program, like, ever. Equally as impressive: the show actually managed to piss people off! Not about Beyoncé and Jay-Z’s baby, of course (everyone’s pretty psyched on that). But shots were fired in the direction of Lady Gaga’s alter-ego Jo Calderone: Kelly Osbourne, that paragon of creativity, claimed Gaga was ripping off an early eighties Annie Lennox performance; other people just thought she was ripping off Ralph Macchio. (And wait until people hear about her prosthetic penis). But better still: Bon Iver’s Justin Vernon, the increasingly reliable troublemaker, took aim at everybody.

In a post on his site titled “some shit i just gotta say (from last night)” — which is highly reminiscent of Fiona Apple’s classic 1997 “This world is bullshit” speech — Vernon writes:

“don’t we seem dumb? didn’t MTV lose the fight against themselves? Didn’t Rock’n’Roll STOP? Why are the lights so bright? isn’t our talent as artists enough? Why do we try SO hard? Does a moonman mean what it did back then? Should we feel pumped when we get one? Should our mom’s cry? … Why are we waving around so much? Why do we NEED this shit so bad? Why don’t we just have MUSIC? DO music? soul? I don’t know. I don’t mean to criticize. Anyone. Actually. Except for MTV. You might have had a very large opportunity to be stabilize your self as a global presence of culture and art about 15 years ago and you fucked the dog. Sorry.”

What exactly is Vernon so mad about? When exactly was MTV ever a place for “culture and art”?