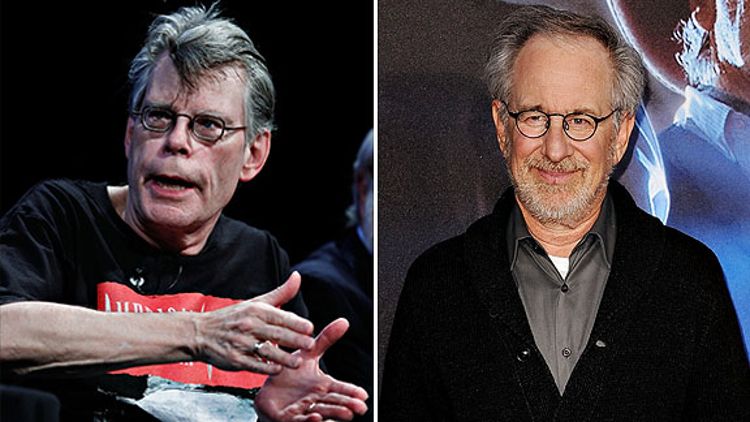 Today brings news that two of the world’s three most powerful Stev(ph)ens, Spielberg and King, have joined forces with Showtime on a deal to transform King’s one-million-page book, Under the Dome, into a series. The novel more or less follows the plot of The Simpsons Movie, only with less yellow nudity, and should provide a number of seasons worth of angst, suspense and, hopefully, a heavy dose of Klassic King profanity (we’re always been partial to his use of “Whoremonger!”) But what’s notable about the release is how it’s changed from when the project was initially being pitched around Hollywood: Under the Dome was originally conceived as a miniseries (or, in contemporary nonsense parlance, an “event series”). Now it’s set-up as an ongoing. What changed?

The TV landscape, for one. As the budget for scripted cable shows has exploded so has the risk. Pre-existing material provides not only a built-in audience but something even more valuable: an outline for years worth of story. Any hack in Hollywood can dazzle with a pitch or even a pilot; it’s infinitely easier to ask questions than to be forced to answer them. The hard part is extending the idea for multiple episodes if not seasons. Carving an ongoing series out of a property with a clearly delineated beginning, middle, and end mitigates the uncertainty and decreases the likelihood of driving a good idea into a ditch — or at least into a preposterous church representing a touchy-feely version of the afterlife.

The poster child for this new, traceable TV model is Game of Thrones. As we’ve written in this space before, one of the strongest arguments for committing to the feudal, rapey land of Westeros is the awareness that there’s plenty of pre-planned story waiting for us around the bend. This fore-knowledge, for example, allows us to process that one crazy thing that happened in season one as an important stepping stone, not a publicity-grabbing stunt. We know for a fact that there are at least six books and/or seasons still to come. The Walking Dead also fits this model as does FX’s upcoming adaptation of the (excellent!) comicbook series Powers — and both will presumably end in print before they conclude on screen. Which isn’t really a problem when you realize every series is, essentially, limited. Semantics aside, networks would rather commit to a solid, stress-free three years of story than swing for the fences on a bold, original idea only to have the fences come crashing down after a single airing. In other words, adapting books for the small screen finally solves a problem programmers have been wrestling with for decades: how to take TV — that exhausting/exhilarating open-ended highwire act of luck, chance, and audience expectation — out of TV.