‘Happyish’ and Famousish: What Is Keeping Steve Coogan From Breaking Out in America? 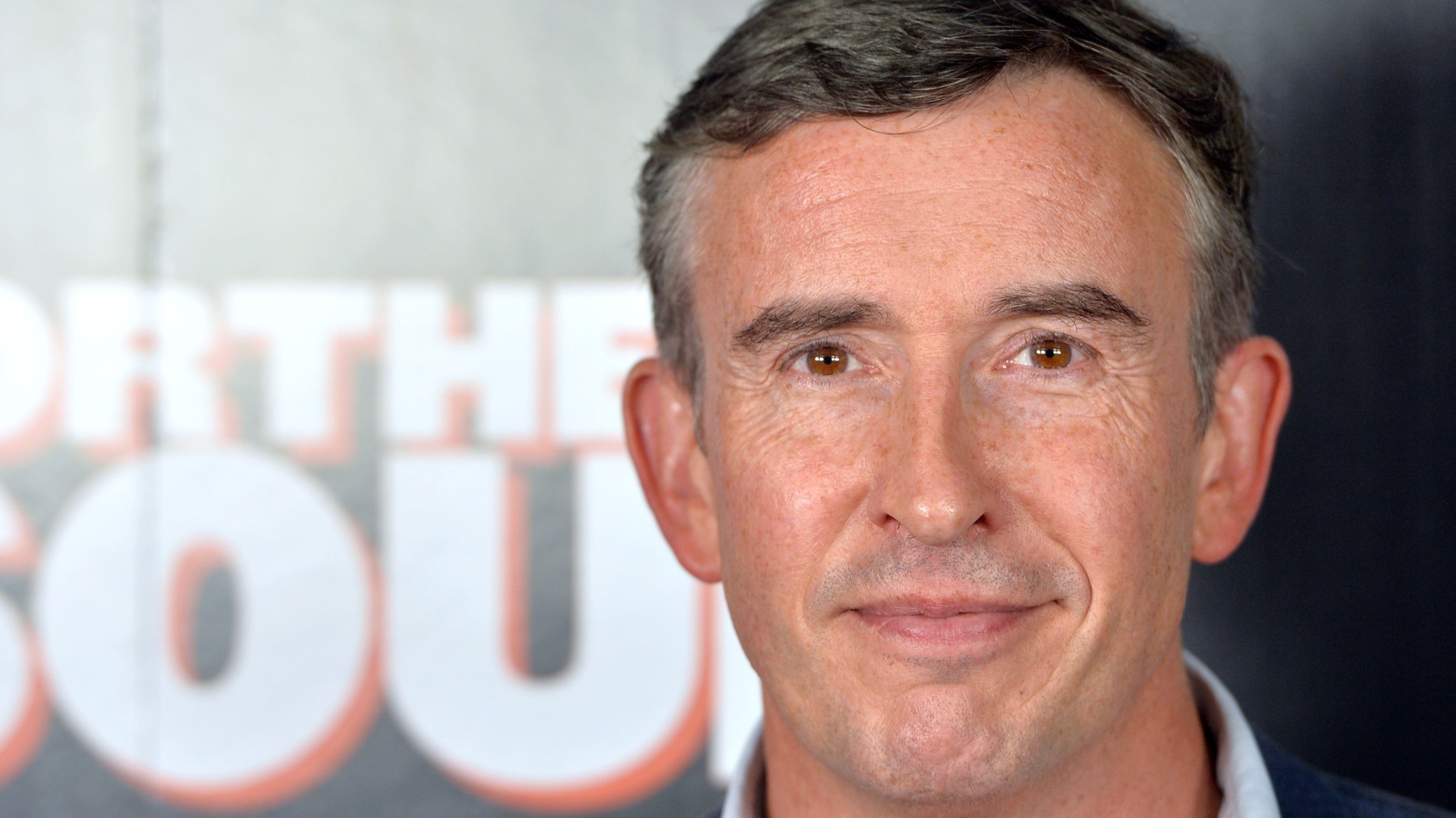 Here in Los Angeles, a peculiar event called Brit Week is going on in various shaded corners of the city. It’s a festival developed in 2007 by famed TV producer Nigel Lythgoe to, as its website declares, promote “British creativity, innovation and excellence in California across multiple categories including, film & television, music, art, fashion, design, retail, sport, philanthropy, business, and more.” In plain English, it’s a week-long opportunity for British expats to network. L.A. has a large number of transplants. People come and go for work all the time, staying for six months or six years at a time, depending on how much traction they get in the Grand Guignol of show business. Events like these are a chance to discuss the old days, but also marvel at how far you’ve come. It’s a sort of reunion or alumni event, except instead of graduating from a school, you’ve graduated from an entire continent.

Hollywood has an insatiable appetite for British talent — Benedict Cumberbatch, Karen Gillan, Michael Sheen, Emily Blunt, Eddie Redmayne, Idris Elba, and countless others have achieved varying degrees of career notoriety in the States in the last few years. American fame is a bit of a white whale for British actors, and so they keep coming. Even when it’s not BritWeek, L.A. has an Anglo-industrial complex of pubs, tea rooms, and markets full of goods from the U.K. to keep people happy while they go about the business of conquering the entertainment capital of the world. Comedian Steve Coogan has been grappling with that challenge for years, but remains one of the few Brits whose level of fame hasn’t gone up exponentially after coming over.

In his native England, Coogan resides in the upper echelon of fame and notoriety. He’s been a tabloid mainstay, and through that infamy he found himself in the middle of the News of the World phone hacking scandal in 2011. In America, he’s able to disappear from view. “I do get recognized sometimes, but mostly in Manhattan and in vinyl-record shops,” he told Vanity Fair in 2012. He’s most famous for playing blowhard TV and radio host Alan Partridge in a series of sitcoms and sketch shows spanning the last 20 years. Partridge, and all of Coogan’s creations (Paul and Pauline Calf, Tony Ferrino, Tommy Saxondale), lampoon English manners, social classes, and personality types. Stripped of that cultural specificity, Alan Partridge is a middle-class buffoon with high-society ambition but no real manners.

On the surface, Partridge shares space in the comedy spectrum with Ron Burgundy — also a parody of a TV host who’s too pleased with himself to know he’s stupid. But as the years went on and the character moved from the fake chat show Knowing Me, Knowing You to an eponymous sitcom about the implosion of his career, Partridge was infused with more and more complexity. In an interview I conducted with Coogan for Vice around the release of the Alan Partridge movie last year, he described the maturation of the character. “What we find is that when you get more confident with the comedy, you can tamper with a little pathos and find comedy in other areas, more subtle nuance. Sometimes it’s in the movement. In their eyes, you see a kind of insecurity.” That ability to communicate insecurity is another one of Coogan’s grand weapons, and it helped him transition to Hollywood in 2004.

In his play for transatlantic stardom, he’s done it all: family adventure films (Around the World in 80 Days, the Night at the Museum franchise), indie farce (Hamlet 2), and raunchy studio comedies (Tropic Thunder). What he hasn’t done yet is find a mainstream role that truly harnesses all the transcendent skills he’s employed in his TV work or in the small British films that helped make him a cult figure here in America, including 24 Hour Party People, The Trip, and Tristram Shandy: A Cock and Bull Story.1 His Oscar nomination for the screenplay of Philomena in 2014 nudged him further into the American consciousness, but he’s still arguably less known here than other English comedic performers despite that prodigious body of work.

It’s a popular narrative for Coogan — he’s the guy who can’t break through. It raises the question of what breaking through actually means these days. Critical accolades and a niche of obsessive fans are hard to come by, but Ricky Gervais has that, too, plus tens of millions of dollars thanks to the franchising of The Office, hosting the Golden Globes, and appearing in American TV commercials. Gervais was clearly influenced by Partridge when he created Office boss David Brent. Both share a blustery exterior that hides inner vulnerability. But whereas The Office — for all its magnificence — often veered off into melodrama, Partridge stayed a pure comedy of manners, where the sadness was so subtextual that you’d notice only if you were paying attention. There was no romance, no tearful moments, and no characters to root for. In that sense, the Partridge saga is pure satire — not broad enough to be a mainstream hit like Anchorman but also not soapy enough to touch the heart the way The Office did. It was also even more culturally English than The Office, which made it doubly difficult to translate to America. Neither Will Ferrell nor Gervais are quite the actor Coogan is either. His range and knack for mimicry are unparalleled in comedy, save for maybe Mike Myers and Eddie Murphy. While Gervais makes a play for Upper-Class Twit of the Year in the ham-fisted, awful Derek, Coogan keeps pushing his skills and showing audiences new tricks. That versatility might very well be the thing that prevents him from having the level of success that Gervais enjoys. But is that even what he wants?

The question of “what’s it all about” is at the center of Coogan’s newest endeavor, Happyish, a Showtime sitcom created by essayist Shalom Auslander that premieres this Sunday. It’s Coogan’s first starring role on American TV. He inherited the job after the original lead, Philip Seymour Hoffman, died after the pilot had already been shot. Coogan takes over from Hoffman as Thom Payne, an advertising executive with very little patience for the compromises many of us make to get by. He’s an idealist who turns his nose up at the new creative directors at his firm, two Swedes who want to bring their business into the social media age. This lack of pragmatism manifests itself in a series of tirades and polemics pointed at all the aspects of life that keep him from achieving the level of satisfaction he expected would be waiting for him in the comfy fleece sweater of middle age. The creeping cultural irrelevance and crippling fear of mortality that come standard with getting older are perpetual sources of frustration for Thom. His neuroses, and those of his secular Jewish wife (played by the always magnificent Kathryn Hahn), are illustrated through animation. These animations usually consist of brand mascots and logos like the Geico Gecko and the Amazon arrow smile coming to life to express the characters’ deep-seated self-loathing. Thom’s raging at the dying of the light can make for sour viewing, but the cast around Coogan is stellar. The show features Hahn, Bradley Whitford as his best friend and colleague, and Ellen Barkin as a tough-talking recruiter. They all do fine work cranking out a parade of wordy monologues.

Those insecure eyes Coogan told me about last year are put to good use in the show. He triumphs when allowed to speak more through his long, sad face rather than through the overly verbose, tiresome pontificating the scripts demand of him. For a character who looks so lost and afraid, Thom sure sounds like someone who has it all figured out. He offers an opinion on damn near everything, and his conviction would be noble if it weren’t so obnoxiously arch. There’s an element of truth to Thom’s diatribes about our reliance on marketing and flash, even while they tend to grate. Advertising appeals are unavoidable facets of our daily lives. Thom is counseled by Whitford’s Jonathan to consider a “rebrand” in order to keep up with the changing face of his industry. He responds by buying skinny jeans, a pair of expensive sneakers, and a copy of a Steve Jobs biography — the hardcover, because even after choosing to get hip, he still can’t bring himself to buy an iPad or Kindle. Acknowledging the artificiality of life can be dehumanizing and lead to existential despair. If people are able to be brands, as Jonathan tells Thom in the first episode, then is selling yourself the only point of living?

Coogan’s brand isn’t nearly as ubiquitous as it should be. In fact, his name isn’t even on the billboards for Happyish. That doesn’t seem to matter much to him these days. In my interview with him, he sounded almost Thom Payne–esque when asked about the state of things. “The kind of faceless bottom-dollar people who are just talking marketing terms don’t seem to understand or have an ounce of humanity,” he said. “You’re just thinking, What the hell does all that mean? Like I said, I meet those people, and they scare me, because they’re kind of the enemy of art.” He doesn’t come off as someone who would go out and buy a pair of shoes to fit in. His career choices defy trends and set him apart from the rabble of upwardly mobile types pressing flesh at Brit Week. Coogan might not ever ascend the unholy mountain of megastardom here in the U.S., but better that he keep searching for the transcendent instead of the mundane. The latter he can leave to Gervais.