Beyoncé and Jay Z, America’s Royal Couple, Are Also the Leaders of the ‘Billboard’ Power 100 List 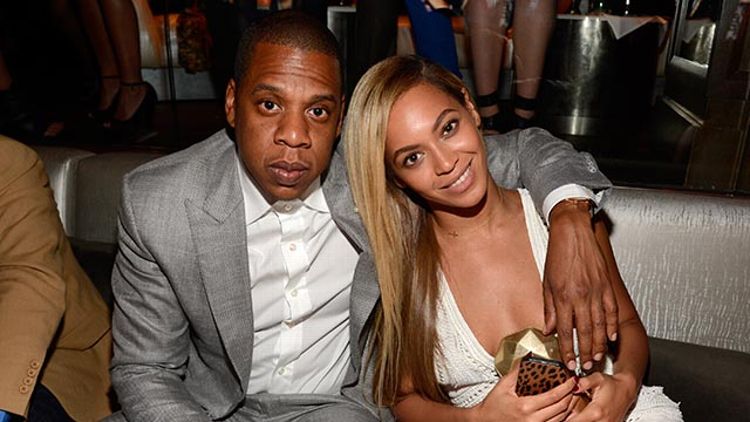 Billboard’s new cover story, the annual Power 100 List, is either a celebration of Jay Z and Beyoncé’s supreme music industry influence or just another opportunity to consider Mr. Carter’s immortal “I’m not a businessman / I’m a business, man” line. Either way, it’s not privileged information. Beyoncé’s fifth album alone is so solid, and was delivered in such an exciting way, that it’s enough to land her atop a list like this with extra credit to bring her husband along just for fun. But once you get to thinking how omnipresent these two were in 2013 — the JT/Jay Z Legends of the Summer tour, Bey’s scandal-plagued national anthem at President Barack Obama’s second inauguration, the Great Gatsby trailers and the Jay-affiliated soundtrack, the Super Bowl halftime show, the Magna Carta … Holy Grail ad that was (is?) more exciting than the album — it’s worth fresh contemplation of just how savvy Jayoncé, as an entity, really is.

On Billboard’s full list, nos. 2-9 are middle-aged white men I don’t know. No. 10 is Jimmy Iovine, who is an Interscope guy. Also in the mix: Spotify CEO Daniel Ek (no. 25), Cash Money CEO and average rapper Birdman (no. 50), and your Simon Cowells and Ryan Seacrests. The list is about 98 percent industry-centric and equally absent of performers. So what’s happening with the Carters all the way up at no. 1? Billboard writes that they “both used the element of surprise to restore the excitement that used to accompany a new release, before that impact was dulled by the endless thunder of carefully plotted promotion.” Can’t argue with that. Magna Carta and Beyoncé each came out of nowhere; both times, the streets were tweeting. (The sales were great, too. Each album already went Platinum and broke a variety of neat little records along the way.) “Artists have always had the power but courage is in short supply. It’s just that the hip-hop generation believes in the possibilities,” Lyor Cohen says. “Jay and Beyoncé don’t listen to the noise — they make the noise.”

The piece is stuffed with fawning quotes like that, and they throw us off the scent a little. Jay Z and Beyoncé are hall-of-fame artists our kids’ kids will know about and maybe even listen to — but that’s not what gets them on a list like this, the type that even 60-year-old Jay will find himself showing up on. That part’s all about what Jay vaguely called #newrules over the summer; it amounts to lots of touring, consistent musical output, dabbling in things like Roc Nation and sports agencies, and big-name partnerships like Jay’s $5 million Magna Samsung Holy Cell Phone deal and Bey’s $50 million Pepsi contract, the one that reportedly made them music’s “first billionaire couple.”

Of course that’s all just analysis and quotes and industry-speak. Billboard could’ve just thrown Jay Z and Beyoncé on the cover and written NO. 1 COUPLE TO HAVE CREATED BLUE IVY CARTER and everything would’ve been good. Or they could’ve published an oral history of the time Jayoncé sang Coldplay together. There’s just no wrong way to celebrate our very own Royals.

Right Reasons Podcast: 'Are You the One?,' '#RichKids of Beverly Hills,' and Bieber

Songs of the Week: The Return of Sad Beck and the Guitar-Happy Hold Steady