Battle of the Summer Jams: Nico & Vinz, ‘Am I Wrong’ 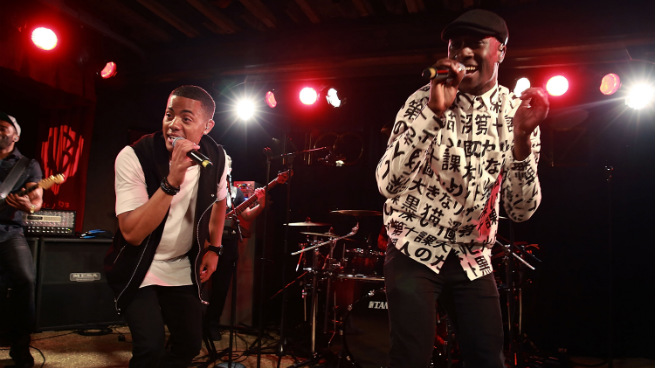 Background: Nico Sereba and Vincent Dery are a Norwegian duo based out of Oslo who, until being signed to Warner Bros. this year, went by the name of “Envy” (N? V? Get it? Great). Vinz has the Akon-esque vocals in the first verse, Nico’s got more of a Chris Brown timbre in the second. “Am I Wrong” already did a summer-jam lap last year in its native Scandinavia, peaking at no. 2 on the Norwegian, Danish, and Swedish singles charts, and like Naughty Boy’s “La La La” and Disclosure’s “Latch,” 2013 U.K. hits both featuring current “it” boy Sam Smith, it’s using summer 2014 to chase after the holy grail that is the U.S. Hot 100. Warner Bros. obviously smelled gold when they heard its smooth, Police-y vibe — a vibe that has pushed Gotye’s “Somebody That I Used to Know” and Bruno Mars’s “Locked Out of Heaven” to past chart supremacy, and a vibe that has so far been utilized judiciously enough to avoid risking total burnout. So yeah, we’re getting a lot of Europe’s leftovers this summer, but don’t worry, they might be good for us.

Why It’ll Smash: Well, it’s already at no. 4 on the Hot 100 this week, knocking at the door of Chez Iggy, so it has arguably already smashed, but will it have the staying power of a “Somebody” or “Get Lucky”? A summer song needs something that differentiates it from the crowd; it needs to be interesting enough to demand a few listens and pleasant enough to do so painlessly, during which time it will worm its way into your brain and stay there until September 22. Katy Perry’s “Birthday” won’t be the song of the summer because it’s mostly just a callback to Teenage Dream Katy — fun, but not worth much examination. Meanwhile, you begrudgingly find yourself anticipating the next time “Wiggle” comes on, just so you can verify that the whistle hook actually exists.

Likewise, there’s not a sound on the radio right now like the bridge-to-chorus transition of “Am I Wrong,” that swell of brass followed by the big timpanic boom of percussion. Horns have been all over the place in the Hot 100 in the last few months, providing the hooky something-something for Jason Derulo’s “Talk Dirty” and Ariana Grande’s “Problem,” but the Nico & Vinz track uses the sound as its support, its suspension, rather than as a flashy hood ornament. Both approaches work, and I imagine in a year or so the brass section will be approaching sonus non grata status, but for now it’s a welcome texture in the KIIS FM landscape. Also, as Kendrick knows, the repetition of a seemingly empty but universal line like “That’s just how I feel” can be anthemic in the right context.

Liabilities: While Iggy Azalea and Ariana Grande have embedded themselves in the culture to the point that I feel like they’ll be key players for at least the next couple of years, Nico & Vinz, along with current no. 3 charters Magic! have “one-hit wonder” written all over them. While that won’t necessarily stop them from having the song of the summer (hi, Aqua!), it reduces our investment in their success. We can’t attach a narrative to it, the way we could with Pharrell’s killer summer of 2013; it feels more disposable.

Previous Summer Jams It Will Remind You Of: Akon, “Don’t Matter”; Gotye, “Somebody That I Used to Know”

Current Summer Jam Contender It Will Crush/Replace: Conservatively? Magic!, “Rude.” Optimistically? Something really meme-y happens with “Am I Wrong” and it overtakes Iggy Azalea’s Horowitzian reign.

Lightning Round: Can 'Jersey Boys' Appeal to Anyone Under 70? The Grantland Interns Investigate.