Azealia Banks Quits the “‘Rap Game,’ or Whatever the F— That Means” 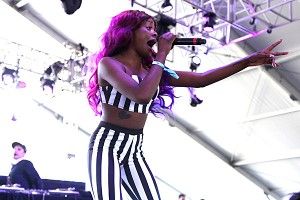