Tina Fey Will Play a Serious Journalist in ‘The Taliban Shuffle’ 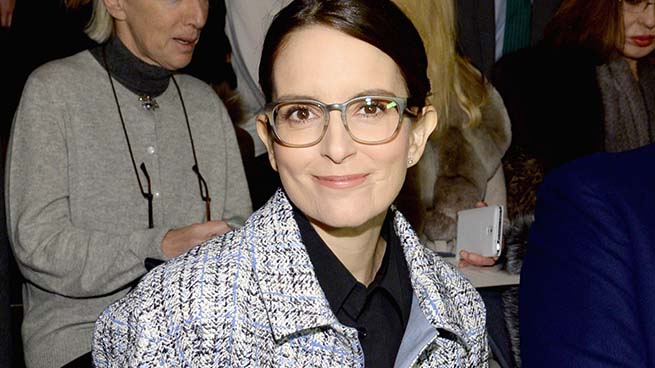 This is not a rumor fueled by Fey’s international role as a Russian gulag guard in Muppets Most Wanted. Fey is really going to produce and star in an adaptation of writer Kim Barker’s 2011 nonfiction book called The Taliban Shuffle. Former 30 Rock showrunner Robert Carlock tackled the script, which will depict Barker’s Middle Eastern reporting stint that began in 2002. “She spoke only English and had little idea how to do the ‘Taliban Shuffle’ between Afghanistan and Pakistan,” The Wrap writes. If you’re not mentally prepared to see Fey go after something Serious yet, don’t worry — the New York Times’s 2011 book review reassured that the story is somehow a humorous one.

An 11-year-old girl sent B.J. Novak a concise, adorable list of life lessons The Office taught her, organized by which episodes taught her what.

Krysten Ritter will star in Will Ferrell and Adam McKay’s NBC pilot about astronauts and sexism and the ’60s, Mission Control.

The Emmys are shaking things up a little. This year’s awards will feature six nominees for directing, writing, and performing in the miniseries and movie categories, which are themselves being split. (So now something like Top of the Lake won’t have to compete against a completely different animal like Behind the Candelabra, which is good.) There can be up to seven nominees for Outstanding Comedy and Outstanding Drama now, too.

Check out Ronan Farrow on The Daily Show. Dude has it together.

A woman was killed and seven others were injured after being struck by a train while filming a dream sequence for the Gregg Allman biopic Midnight Rider in Georgia. [via]

Lily Allen’s new record title? Sheezus, which is “an homage, not a piss-take.”

ICYMI (can we amend that to ICYDQCESTTIHTOTWS — “in case you didn’t quite catch every single thing the Internet had to offer this week, somehow”?): Meryl Streep statistically receives more Oscar thank-yous than God. ACTUAL GOD.

Pharrell’s new album G I R L features Alicia Keys, Justin Timberlake, Daft Punk, and Miley Cyrus, per this first-listen report. (Also, Pharrell’s #grammyhat endgame is now clear: He wore it and made it so damned popular so he could auction it off for thousands of dollars and donate the proceeds to charity.

Wacky Weinstein: “To me, Django Unchained is a political masterpiece. I liked 12 Years a Slave, but Quentin covered a lot of that ground first, and dealt with violence, slavery and oppression, shining a light on the American holocaust, as he called it.” Never change, Harvey.

Azealia “Still Without a Major Label Debut” Banks had her Soundcloud account terminated after a third complaint of copyright infringement (quite possibly label-y B.S.), nixing Banks’s 2 million followers in the process.

Curious how David Tennant feels about playing the exact same character and story all over again for America’s adaptation of BBC’s Broadchurch? Here you go, thoroughly.