‘Archer’ Will Be Around at Least Two More Seasons 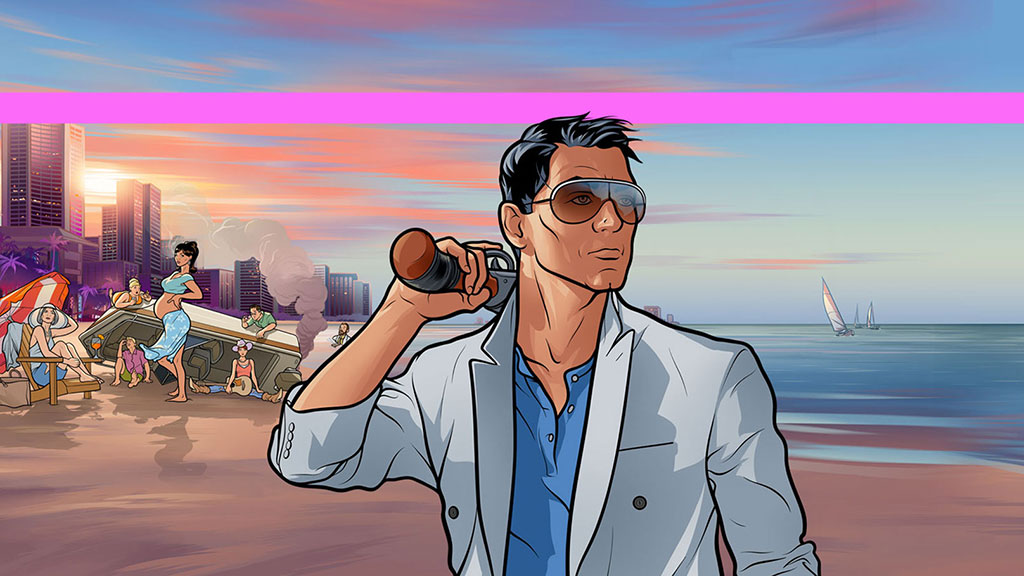 Let us not say that saucy animated television with a stupendously funny, belligerently juvenile aesthetic is dead. Particularly not at FX, where Archer just got a two-for-one renewal that’ll keep the show going through Season 7. (And we’re only six episodes into Season 5!) “Archer is one of the best comedies on television and has played a significant role in the growth of the FX comedy brand,” said Eric Schrier, one of FX’s presidents of original programming. Deadline writes that the show “has delivered steady ratings since its debut” and is the second-highest rated basic cable comedy in the vaunted 18-49 demo. The two new seasons will run at 13 episodes apiece.

This means no matter how much you may have pegged Archer’s mid-career reboot to Archer Vice this year (no more spying, lots more Florida and semi-competent drug-dealing) as a weird or desperate attempt to sidestep stagnation, it was officially a success. That’s pretty staggering and cool, and proves that creator Adam Reed really did just get bored of keeping things the same and that he wasn’t secretly trying to nuke the beloved series and move on.

Doubly cool: The reboot was totally unnecessary and nicely executed. In his review of the Season 5 premiere, Andy Greenwald noted that Archer could’ve stuck with its spy agency setting for another four seasons without a hitch. And yet: “You can sense the writers’ excitement in the new possibilities: They tear into stories about vengeful gay Marielitos and pill-pushing Yakuza like Pam into a kilo of blow. (Her preferred method of ingestion is mixing the yayo into froyo.) You can also notice it: There’s something almost touching to the meticulous detail the animators bring to the show’s version of Miami, from the swaying palm trees to the long list of batidos available for sale at a café.”

I can’t write about FX and comedies and early two-season renewals without talking about something, though. It’s Louie. Let’s do this for that, please. Maybe before Season 4 even premieres. I need Louie to be on until I am old and gray.

‘Sin City: A Dame to Kill For’ Teaser: So Style, Much Cool

Up in the Droll Hotel: Wes Anderson’s (Minor, Precious, But Really Kind of Great) Latest