Up in the Droll Hotel: Wes Anderson’s (Minor, Precious, But Really Kind of Great) Latest 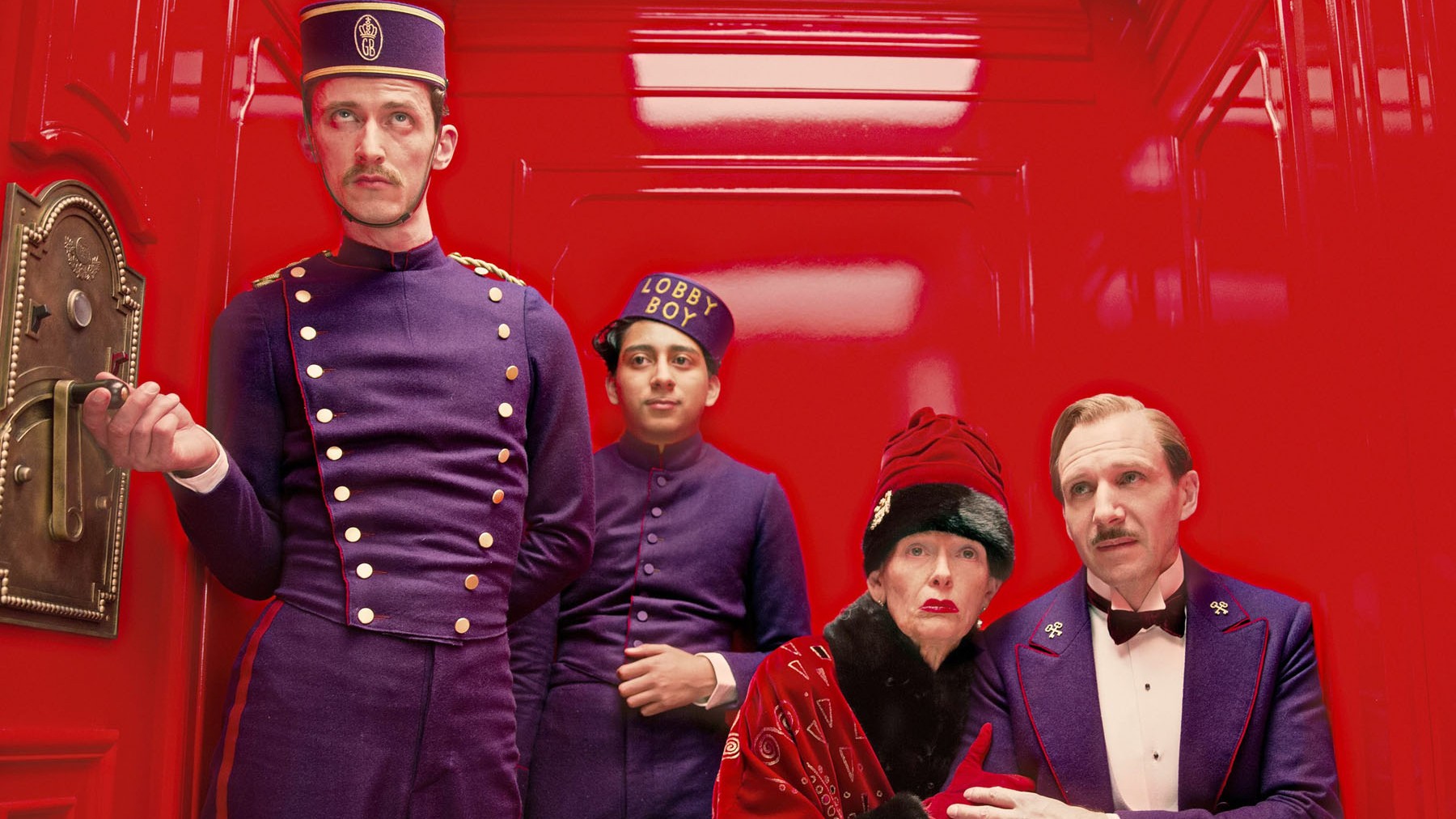 Early in Wes Anderson’s The Grand Budapest Hotel, a dowager countess dies under suspicious circumstances, leaving behind a will whose 635 codicils and amendments barely fit into an amusingly overstuffed file box. One additional amendment is then revealed, because the plot demands it — but also, I’m guessing, because 636 is a more appealingly symmetrical number. Even by the exacting aesthetic standards of WesWorld, this is a very tidy movie. It’s hardly the first time Anderson’s pinned actors to the center of the screen like bugs on a slide or moved the camera almost exclusively in 90- or 180-degree whip-pans, but he’s never done it more. The movie, set in the fictional Austro-Hungarian enclave of Zubrowka, was shot in a real place — Germany — but you wouldn’t know it. It’s a series of lovely tableaus that feel even more hermetic and purged of accident and real-world messiness than 2009’s Fantastic Mr. Fox — the one Anderson directed by emailing instructions to a team of puppeteers in England from his pied-à-terre in Montmartre.

I don’t mean “tidy” as an insult, exactly. If you factor out the framing sequence, and the sequence that frames the framing sequence, and the wordless prologue involving a young girl visiting a statue of one of the framing-sequence characters (go ahead and pre-mark “overhead shot of library book being opened” and “beret” on your Wes Anderson bingo card, everybody), what’s left is a farce, and farces are supposed to be tidy. Farce is the Hardest Geometry Problem in the World of comedy subgenres. In Grand Budapest, the variables in the equation include a dedicated and exacting bisexual hotel concierge whose commitment to servicing wealthy guests occasionally transcends the traditional definition of hospitality, the concierge’s young “lobby boy” protégé, and an apparently priceless painting called Boy With Apple. The concierge, Gustave H., is played with campy verve by Ralph Fiennes; a soulful 17-year-old actor named Tony Revolori plays Zero, the lobby boy, who romances Agatha, the baker’s daughter (Saoirse Ronan), and comes to Monsieur H.’s aid after the countess’s conniving son (Adrien Brody) frames him for her murder.

Fiennes, Revolori, and Ronan are new to this world; nearly everyone else in the movie has worked with Anderson before, once or many times. In a Christmas pageant, Anderson has created parts for just about everybody else in the American Empirical repertory company, from Bill Murray and Jason Schwartzman to longtime Anderson pals like Waris Ahluwalia and Wallace Wolodarsky. This troupe is one of the most likable groups of actors ever assembled, and it’s nice to see them all together again, just hanging out in 1930s Europe, doing accents only if they feel like it. There’s even a kind of getting-the-band-back-together montage in the middle of the film. I won’t spoil it, because it’s a fun run of jokes — but it’s also exactly the kind of whimsy for whimsy’s sake Anderson’s detractors have long accused him of trafficking in.

When previous Anderson movies speed-briefed us on Max Fischer’s extracurricular activities or Margot Tenenbaum’s sexual history, we were learning something important about a character; with Budapest’s characters, there’s not a whole lot to learn. Nor is there much real tension between them: Despite his inexperience, Zero has completely won over Gustave within a scene or two. The course of Zero and Agatha’s love runs fairly smoothly. We know Zero survives, because he grows up to be F. Murray Abraham, who narrates this story over dinner to a sad young literary man (Jude Law) at the Grand Budapest circa 1968. And although Fiennes plays Gustave as a vain, greedy hustler who’s cultivated good manners for the same reason he douses himself in a fine perfume called L’Air de Panache, his innocence is never in doubt; Anderson gives him an alibi immediately, depriving us of the chance to wonder even for a little while if he actually offed the old lady. On the other hand, we get a bald Harvey Keitel with prison tats, and a funicular! (Seriously, how has the railway-obsessed Anderson only just now gotten around to making a film that includes a funicular, arguably the most Andersonian mode of transportation ever devised by man?)

And yet — and this is a big “And yet” — this isn’t a bad movie, and it might not even be an unimportant one in the Anderson canon. The chipper vulgarity of the script (conceived by Anderson and the artist Hugo Guinness, with credited inspiration from the stories of the forgotten Austrian writer Stefan Zweig) and a few bursts of surprisingly bloody comic violence keep it from coming off like a mere confection. The jokes land. And in its own silly, artificial way, it’s the first Anderson film to acknowledge the existence of a world outside its own little toy box and to ground its characters’ nostalgia in something resembling actual historical reality.

The young-Zero/Gustave story takes place in 1932, between the wars. When a police inspector (Edward Norton) does Zero a favor, Gustave sighs, “There are still faint glimmers of civilization left in this barbaric slaughterhouse we once called humanity,” and it seems like goofy hyperbole. Then war breaks out and the fascists show up in Zubrowka in their long black leather coats, hanging their Nazi-ish “ZZ” banners from the Grand Budapest’s balconies. The sun really is about to set on the Old World whose gentility Gustave embodies, and barbarism really is what’s coming. When Zweig committed suicide in Brazil in 1942, he left a note that made reference to “my spiritual home, Europe, having destroyed itself”; the destruction remains off-camera in Anderson’s film, but when we see the Grand Budapest in 1968, the lobby’s undergone a drab Communist-era makeover and the front-desk service is deplorable. In the end, Anderson lets retro production design do the work of imbuing his movie with a sense of loss, which is very Wes Anderson of him.

‘Archer’ Will Be Around at Least Two More Seasons