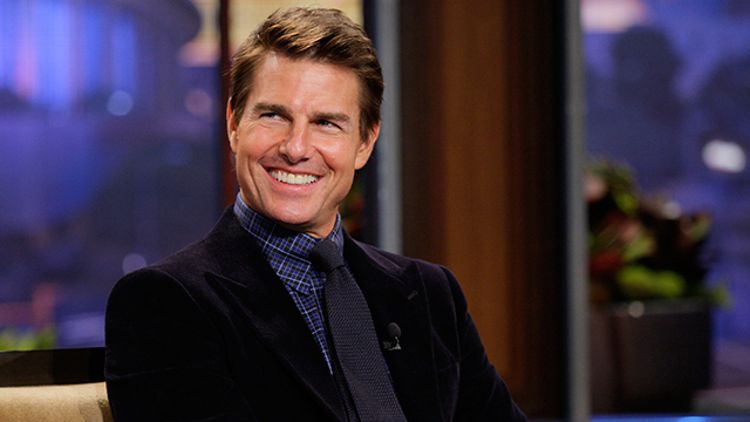 Driving past Scientology’s Celebrity Centre last weekend, it was immediately apparent that something was up: white tents, party supply rental vans, A-list (and some B- and C-list) thetans in the air. It was all in preparation for Saturday’s 44th Anniversary Gala, where celebrity Scientologists like John Travolta, Laura Prepon, Jenna Elfman, and Chick Corea gathered to celebrate how L. Ron Hubbard’s The Way to Happiness somehow made Carson, an L.A. suburb, safer (“Peace Rides”!) and the accomplishments of almost a half-century of “provid[ing] creative individuals with a distraction-free environment where they may pursue Scientology spiritual counseling and courses.”

Scientology-watching is a niche interest, a subject that has the ability to alienate a readership and make people plenty uncomfortable. The Church’s detractors, many of whom are former members, can be hammy and tabloidy; some of them make websites that feature fascinating content buried in a visual mess (mustard borders; stock images of hundred-dollar bills to imply greed, evil, and scandal; and, of course, animations of space clams). The organization guards its secrets so closely that every leak jolts the heart of X-Filesy truth-seekers who are desperate to scratch a line through one of the Church’s many weird mysteries. The funny thing about Scientology, though, is that the facts remain elusive even though the critics and the fanatics are each fairly outspoken.

The latest development, in what has been a busy month, is the testimony of Anette Iren Johansen, a woman who parted ways with the religion in 2010 and gave an interview to Tony Ortega’s Underground Bunker and the Australian magazine Woman’s Day about her “audition” for the role of Tom Cruise’s girlfriend in 2005, before he paired off with Katie Holmes. I suppose Vanity Fair wasn’t eager to devote another cover to a would-be Mrs. Cruise pre-vetted by a group of Scientologists, having been blasted with an eight-page letter from the organization after Maureen Orth wrote her exposé on fellow auditioner Nazanin Boniadi in 2012. Boniadi’s audition led to a brief relationship with the actor (during which time he reportedly asked her to file down her incisors), but Johansen’s audition process ended following a cryptic phone call during which she was asked about whether she had any sexual perversions (though she said that she did not, they did not contact her again). At the time, Johansen was a 27-year-old practicing Scientologist living in Denmark and was familiar with vying for roles in Scientology media after appearing in training films and magazines, but something about this audition struck her as funky from the get-go: Instead of a script she was asked personal questions, she had to sign a confidentiality agreement, and the session was run entirely by women. Plus, she auditioned solo, as though for a short and lonely season of The Bachelor.

Scientology’s auditing system, during which a subject is interviewed and recorded by a Church counselor, is one of its most appealing known practices. Probing your own psyche is a bottomless pit of self-involved pleasure, and staring at your E-meter reads has got to be kind of a trip, whether it’s a measure of the forces of your own reactive mind or a couple of tin cans wired to a big calculator. Getting into self-improvement in any form can have narcotic effects, which would help explain why people shell out thousands of dollars for Scientology courses to escort them down the path to a Clear state. Other people’s faux-therapy sessions are only abstractly interesting, however, especially when compared with the fantastical scenario of grooming your psyche and incisors to play a part in someone else’s autobiographical film. It’s a reality show that asks for no audience, erecting privacy fences overnight and shielding its stars from view with massive tent canopies, while seeking out influential and recognizable members.

The organization’s rumored litigiousness and the narrative we write in our minds with the help of angry ex-members and terrifying conspiracy theories only serve to make it more like a concept we invented in a groupthink fever dream. Its Super Power Building is the largest building in Clearwater, Florida, and it looks like it was erected to comfortably house the large cast and crew of a sci-fi/Sci-Ti crossover series; the organization’s “Psychiatry: An Industry of Death” museum has enough material for a 30-minute pilot all its own. And if we did dream it up, we cast Cruise — 2012’s highest-paid actor and Scientology’s biggest name, the figure who draws the most attention toward the Church — as the romantic lead. Finding a suitable, and suitably devout, mate is tough in Hollywood; according to former Scientologist Marc Headley, the auditions that took place in 2004 and 2005 were held abroad because, “It was slim pickings in Los Angeles. In L.A. there were a lot of pretty girls, but they had a lot of baggage, by Scientology standards.” (By anyone’s standards, amirite?)

One of the central themes of the reality era has been trying to differentiate between fact and fiction, and we’re gradually coming to accept that our lives now straddle the line between performance and authenticity, personal branding and genuine thoughts and feelings. What’s strange about the supposed Tom Cruise Girlfriend Tryout Era is that it’s a private fabrication, blurring the lines between the entertainment machine and authenticity, and just like everything else about Scientology (and, you know, life), we may never understand it.

Best Song of the Millennium, Round 3: I Just Can't Look, It's Killing Me