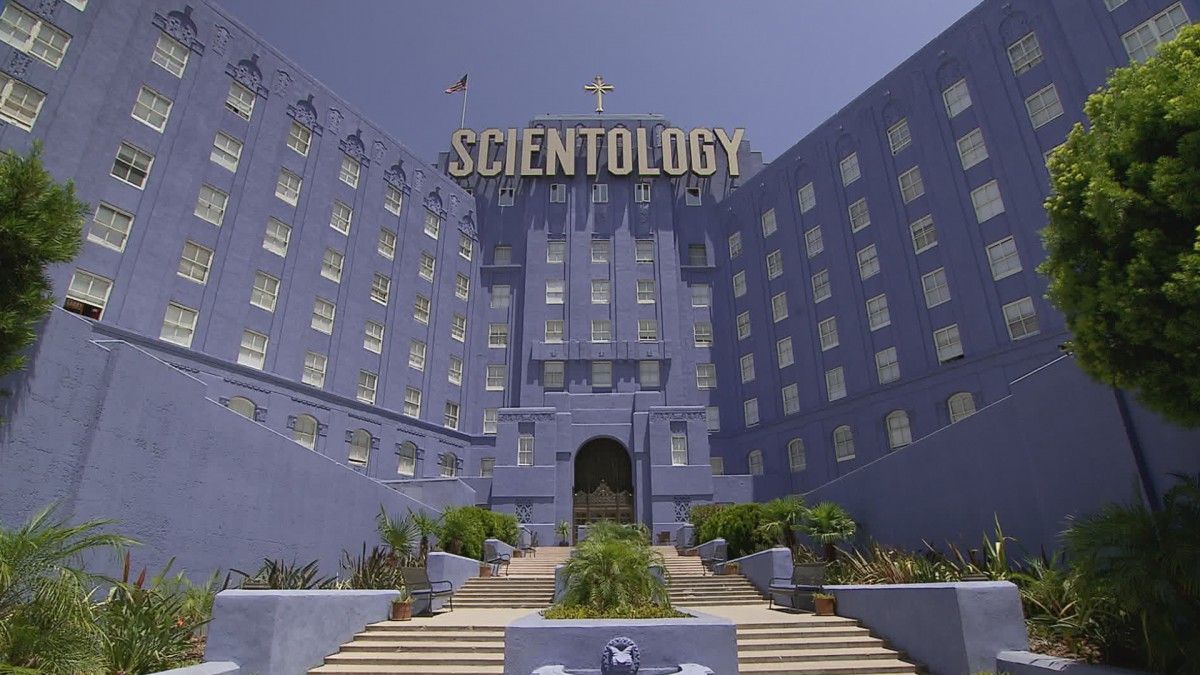 The very American thingamajig known as Scientology is on display more than it wants to be in Going Clear. After provoking scads of media palaver at Sundance, Alex Gibney’s documentary about the inner workings of founding guru L. Ron Hubbard’s religion debuts on HBO on Sunday. As you may or may not be glad to hear, open-mindedness isn’t Gibney’s priority. It probably won’t be many viewers’, either.

That includes, above all, Scientologists. Is anyone surprised they’ve gone all Darth Maul to discredit the thing? Just to play fair, though, let’s agree that the difference between a “legitimate” religion and a cult is one of those great eye-of-the-beholder conundrums. That’s mainly because no adherent willingly claims a lonely parking spot in Category No. 2; nor do they get busy crotcheting a straitjacket once public opinion sticks them a safe distance from theology’s main buildings.

To the rest of us, one yardstick in the religion-vs.-cult debate is size. The church’s own claims of around 8 million members aren’t what you’d call reliable, and that’s still a drop in the bucket to Vatican City and Mecca. But ex-insiders estimate the actual figure is a paltry 30,000 adherents worldwide. If so, Scientology’s prominence as an alternative faith and/or perceived public menace is some kind of tribute to Hubbard’s Warhol-anticipating perception that celebrity is currency; according to the same sources, one out of six of those 30,000 live in Los Angeles.

Another measure is staying power, which in this case is still TBD. It’s been only 60 years since founder L. Ron Hubbard ginned up a mental-health program into a mighty — let’s be polite — idiosyncratic theology. Remember, though, that a new creed’s apparent preposterousness is no guarantee of failure. In the first century A.D., Christianity’s tenets probably sounded fairly goofy up against the more plausible stuff about Jupiter, Minerva, & Co. that the civilized world swore by. At least in theory, it’s totally possible that sociable chat about thetans and Suppressive Persons — the jargon Hubbard bequeathed us — won’t be any more outlandish a few hundred years from now than being down with transubstantiation or the virgin birth.

Porky Pig turning drone may seem more likely, but whatever you think of the prospect, the day is brought no closer — and that’s putting it kindly — by Gibney’s harsh and sometimes blatantly alarmist doc. Its full title is Going Clear: Scientology and the Prison of Belief. Gibney’s1 take derives considerable authority from being based on prizewinning New Yorker writer Lawrence Wright’s scrupulously reported book of approximately the same name. (Wright’s subtitle had “Hollywood” in there, too, and it would be interesting to know what prompted the elision: The doc certainly features enough of John Travolta and Tom Cruise.) But so long as we’re talking the difference between religions and cults, try to imagine HBO running a comparable documentary about, say, Mormonism — in more ways than one, as Wright’s book details, Scientology’s 19th-century equivalent, at least in the popular suspicions (and derision) it aroused when it was founded.2

Maybe inevitably, Gibney’s adaptation is shallower than the book. Even sporadically augmented by reenactments, his most evocative interviews with apostate Scientologists — the only kind who’d speak to him, obviously — just don’t have the same heft without the masses of ancillary evidence Wright assembled to clinch his case. However, the interviewees are a lively and often wry crew, starting with filmmaker Paul Haggis, who became the poster boy for escaping Scientology’s sway thanks to the 2011 New Yorker profile that grew into Wright’s book. When he first got initiated into the church’s higher mysteries, he recalls, he wondered if Hubbard’s outer-space gobbledygook was a way of weeding out anyone batty enough to buy into it — but he stayed in anyway.

The most likable talking head is actor Jason Beghe, who’s such a humorous and caustic palooka that you wonder how he ever got pulled in to begin with. (He was definitely a zealot, though: “I’d done more [with Scientology] than John Travolta had done,” Beghe snorts, “and he’d been there for 85 years or some shit.”) Mike Rinder and Marty Rathbun — formerly among the organization’s chief honchos in the reign of Hubbard’s chilly and chilling successor (and current head of the church), David Miscavige — cheerily cop to the slew of public fibs and behind-the-scenes intimidation they were party to. The worst horror story is onetime Travolta assistant and pal Sylvia “Spanky” Taylor’s, since she ended up fleeing in a literal getaway car with her maltreated infant daughter after being sent to the Rehabilitation Project Force, or RPF, to do scut work and eat slop for months. The most unpleasant thing we learn about Travolta is that knowing her story didn’t affect his allegiance to the church.

Even so, you believe Wright when he tells Gibney’s camera that he didn’t set out to write an exposé: “My goal was simply to understand Scientology.” That’s the real difference between the doc and the book. Wright knows enough about homemade religions that Hubbard’s initial inspiration doesn’t even strike him as crazy, much less intrinsically evil. He can recognize the appeal of Scientology’s mash-up of therapy, career counseling, and cosmic advancement to often reasonably bright people with disorganized lives. His sobersided account of the church’s M.O. in dealing with heretics and critics alike — harassment, threats, shakedowns, the kind of misery that Taylor was far from alone in being subjected to — is a powerful condemnation because he knows it’s a misuse of human hopes.

Gibney, on the other hand, is just doing his usual skillful job of alerting viewers to a bunch of creeps. Compassion comes in a distant second to getting the goods. The larger dimensions of Wright’s book, from exploring what Scientology does have in common with its more pedigreed competitors to appreciating American inventiveness at its most wayward, don’t interest him much at all.

On the plus side, Gibney’s depiction of Scientology’s midcentury origins includes terrific footage of Hubbard himself, and Hubbard is too compelling a figure to stay a cardboard villain. Like, I imagine, many of you, I knew his bio in outline even before reading Wright’s book: flabbergastingly prolific 1930s pulp sci-fi writer comes back from unheroic Navy service in World War II with nagging mental troubles. So he decides out of a clear black sky to invent his own stew of therapeutic nostrums and techniques, which he parlays into a best-selling book — 1950’s Dianetics: The Modern Science of Mental Health.

Then, as his vogue is fading, he goes for the grand slam of cooking up a religion based on it because, as he told people more than once, “that’s where the money was.” But I didn’t have much sense of what he’d been like, and the Hubbard on view in Going Clear is a much more disarming charlatan than I was expecting. “Scientology has nothing to do with the insane,” he tells one of his rare interviewers. Half-monstrously into himself and half-merrily onto himself, his slurpy grin making his teeth look like dazed escapees from his liver’s depths anytime they see daylight, he’s a discomfitingly human sort of rogue.

Where the con leaves off and the conviction kicks in ends up feeling like a meaningless distinction. Even when his flock was ready to believe anything, he didn’t really trust himself to impersonate a messiah. He just wanted to be Santa, albeit with one whopper of a naughty-and-nice list.

A sense of Hubbard’s personality makes Scientology more coherent, in a way; it’s a very autobiographical religion. E-meter gizmos aside, his initial therapeutic concept — walking through traumatic memories until they lose their hold over behavior — wasn’t even all that wrongheaded. “Psychological folk art,” is how Wright characterizes the medical establishment’s bemused description of Dianetics. The cosmology he improvised — featuring Xenu, the wicked galactic overlord who, 4 quadrillion years ago, exiled billions of his citizens to the Prison Planet, a.k.a. Earth — is both a professional pulp fantasist’s cockeyed triumph and a weirdly poignant elevation of the actual America of the ’50s to paradise-lost stature. Even the nautical paraphernalia of the Sea Org, Scientology’s clergy — whose members sign billion-year contracts — clearly harks back to Hubbard’s World War II Navy days: That is, the only time he was ever in command of anything, even though his stint skippering a patrol boat ended when he got the ax for ineptitude. 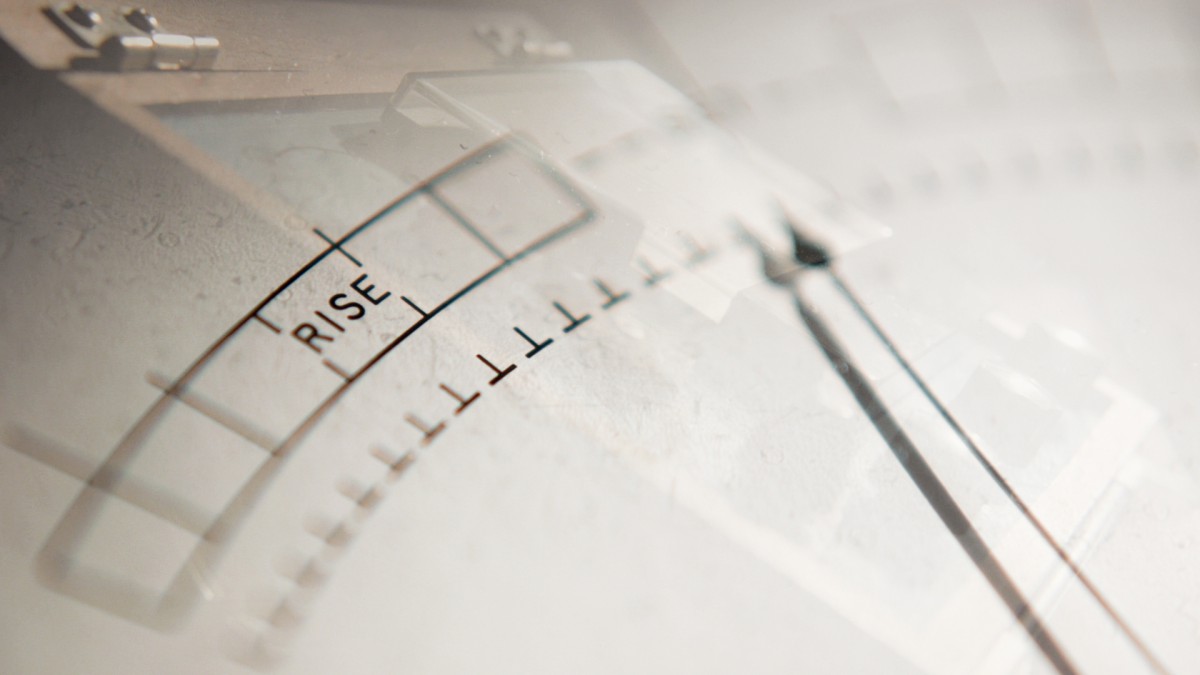 By the time he’d concocted a lot of this stuff, he was also literally at sea again, having outfitted a flotilla of Scientology ships to evade the IRS. The Pippi Longstocking side of this has its dotty charms: Hubbard styled himself “Commodore,” and clearly loved lording it over a bunch of kids who could just as easily have ended up joining Up With People. Even so, the late ’60s was the era when the church evolved into a quasi-outlaw organization, with secretive practices and intramural punishments to match. The apparatus was ready-made for Miscavige to amplify when Hubbard, who’d slunk back to the United States to live in hiding once his fleet was welcome at fewer and fewer ports, died in 1986.

If the Hubbard we see in Going Clear has a certain bonhomie and even a bit of pathos, Miscavige is just plain scary. Since he’s done almost none of the interviews his predecessor unwisely consented to, most of Gibney’s footage of him is taken from Scientology’s galas, whose dramaturgy one former associate compares to Nuremberg rallies. Once he wrested the top job from Hubbard’s anointed successors and then banished them in the late ’80s — a maneuver Stalin might have admired — he remade the church into the authoritarian juggernaut we know today. Compared to Miscavige’s icy-eyed ruthlessness, Hubbard’s paranoia and self-delusion look retrospectively attractive — or reassuringly fallible, anyway.

In 1993, Miscavige pulled off Scientology’s greatest coup: getting the IRS to reinstate the main church’s tax-exempt status, avoiding a potential billion-dollar judgment that would have doomed it financially. As Wright says, it’s comical that the IRS is the only agency that gets to determine such issues, since theology isn’t its area of expertise. (It isn’t Travolta’s, either: “Name another religion where joy is the operative concept,” he says in one vintage clip, which might trigger considerable throat-clearing from a couple of billion believers in the Kingdom of God’s Good News.) But the deal Miscavige brokered — a straight-up swap for dropping the hundreds of nuisance lawsuits the church had launched against IRS commissioners, along with TV attack ads and denunciations in Scientology publications — is troubling. You don’t want your government buckling to that kind of pressure.

Nonetheless, the movie gets less interesting once Hubbard is off the scene. Even the juicy footage of Tom Cruise — including the notorious video in which, thinking he was speaking only to the faithful, he babbled about SPs until half of America was convinced its favorite movie star was loony — doesn’t quite make up for the nagging monotony of Gibney’s paradoxically reductive scaremongering. We lose any sense of the appeal Scientology might have for recruits even now, and we don’t get any insights into why someone like Cruise sticks with it — other, that is, than his evident relish for magniloquence. Brother, does Scientology make him feel virile.

Obviously, Gibney isn’t a guy to even entertain the possibility that Miscavige’s version of Scientology is in any sense a travesty of Hubbard’s original, um, vision. He sees the whole megillah as having been wicked from the start, and maybe that’s fair enough. But Haggis’s explanation of its attraction is worth bearing in mind: “These were all people who were looking to improve their lives.” As persuasive as Gibney’s doc often is, I imagine I’d like it better if he’d remembered that — no matter how foolishly this flock went about it — that isn’t an ignoble desire.