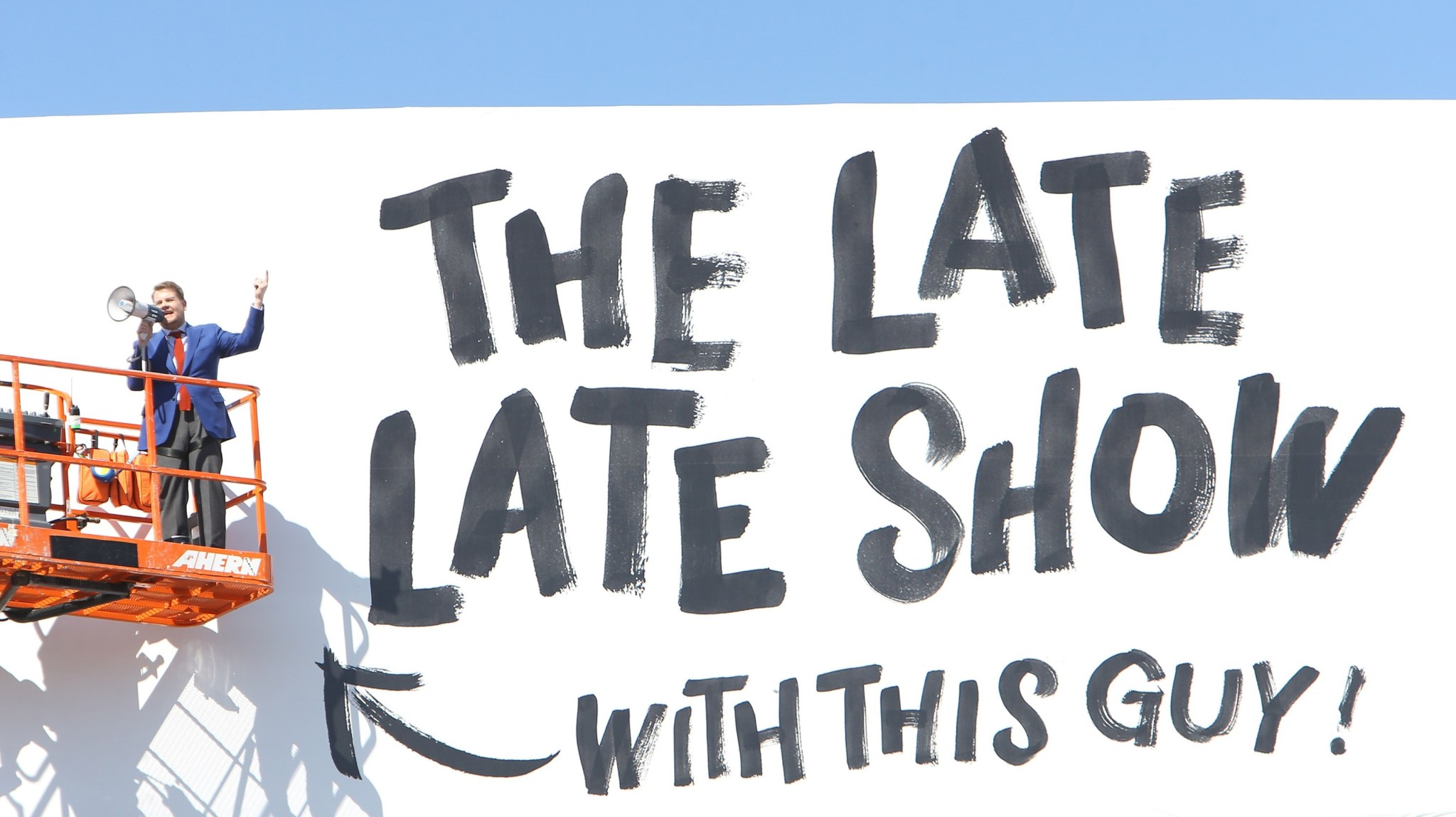 Let’s get this out of the way now: It is not fair to judge a late-night show by its first episode. If you go off the example of Late Night With Conan O’Brien, you shouldn’t judge a late-night show by its first few years. These shows are massive endeavors that require long hours, the bruising of egos, and an unblinking eye always directed at the harsh master that is the Nielsen ratings.1 Some of our funniest, most charismatic personalities have failed when given a late-night talk show. Doing one of these programs is like threading a needle at gunpoint while naked, with a million people watching it all unfold on TV … if you’re lucky. This shit is hard.

OK, now that that’s over with, let’s start judging The Late Late Show With James Corden!

The show began with a heartfelt Corden introducing himself to a wary, bleary American people. He was humble, he was effusive, he brought his parents, he cried. As far as intros go, it was pretty ingratiating. I’m sure it will be said by many of us in the chattering class, but the preferred mode of hosting these days is a gentle back rub from a sensitive good boy. The days of David Letterman being borderline combative with his guests are coming to a close. From Johnny Carson to Jimmy Kimmel, it was expected that the late-night host would be the smartest guy in the room. In the age of Jimmy Fallon, you have to be the nicest guy instead.

James Corden is not a stand-up comic. He’s an actor with musical chops and a surplus of charm. As you would imagine, he didn’t do a bunch of one-liners about President Obama’s ears or the price of gasoline. The bulk of the first block of the show was dedicated to a pretaped sketch: a Willy Wonka–inspired scenario in which Corden got the Late Late gig by finding a golden ticket in a candy bar.2 What follows is a training montage jam-packed with celebrity cameos: Jay Leno appears as a riff on J.K. Simmons’s character from Whiplash, CBS boss Les Moonves appears as himself, Shia LaBeouf shows up to poke fun at his bad-boy image, and Corden’s Into the Woods costar Meryl Streep quotes some Lady Gaga lyrics. These are the kinds of segments that get traction the next day on the Internet as countless blogs look for something, anything to aggregate. I can see the headline now: “Arnold Schwarzenegger ‘Pumps Up’ James Corden for Late Late debut [VIDEO].” I’d click that! I’d click that so hard! In addition to the viral aspect, it also plays into Corden’s acting talent. He seems most comfortable in these bits and less so during the couch chats that follow.

I would not say he’s uncomfortable or awkward as an interviewer. Again, I must point out the first episode of Late Night With Conan O’Brien. Nothing that unpleasant occurs in this show, trust me! It’s not that bad! It’s more that every late-night host excels at some things and has to work a little bit harder at others. Letterman wouldn’t have been able to pull off that golden ticket sketch, but I think he would have had a bit more natural rapport with Mila Kunis and Tom Hanks. Corden has often said he’s modeling his show after Graham Norton’s U.K. chat show. He has the guests all out on the couch at the same time and ditches his desk after the first segment.3 That’s smart, because the classic American late-night format is as stale as it gets, but Norton’s interview style leans on the dramatic tension of him being the cheekiest bastard in the room. It’s a bawdy program, and that “anything can happen” feeling keeps the show from getting dull. That doesn’t come across on Late Late, despite the addition of a bar to the left of the couch to make things seem a bit more dangerous.4 Corden’s best attribute as an interviewer is that he’s amiable and friendly. He clearly makes his guests feel comfortable. Maybe that’s the thing he’ll become known for. They certainly pulled off making Kunis’s first public admission that she’d married Ashton Kutcher seem spontaneous, rather than like a calculated PR move. There’s plenty of room for Corden to be known as “the guy celebrities open up to,” and that could serve him well.

As it stands now, the interviews are just a bridge to the sketches. Following the lead of Fallon, celebrity stunts designed to go viral and inspire water-cooler chat are the meat of the program. U.K. TV is littered with comedic variety shows, and it pays to be a cute song-and-dance man like Corden. Two of the biggest stars in England are Ant and Dec, a duo who got their start in pop music and then ended up hosting reality shows and lightweight fare like Saturday Night Takeaway, the latter of which is being remade for American audiences with Neil Patrick Harris presenting. Celebrities, parlor games, bright graphics, and cheery music have always been sure bets for mainstream entertainment, but baby-boomer comedy like Saturday Night Live, David Letterman, and Seinfeld made sincerity and “let’s put on a show” moxie unfashionable. All of that seems to be back with a vengeance now, though, thanks to shows like Fallon’s Tonight Show and the new Late Late. My generation doesn’t seem to respond to cynicism quite the same way, at least not in late night. In that vein, Corden and Tom Hanks did a reenactment of Hanks’s film career in under eight minutes with the use of a few props, a green screen, and some wigs. Turner & Hooch and Joe Versus the Volcano spoofs sat next to Saving Private Ryan and Cast Away as equals, without judgment. I’d guess that Conan O’Brien’s version of this sketch would include at least a passing reference to The ’Burbs and The Money Pit being box office bombs that aren’t fondly remembered by most people.

Other shows might lean a bit heavier on bandleader Reggie Watts, too. Watts — so adorable and hilarious on Comedy Bang! Bang! — felt like a bit of an afterthought in this first episode. Granted, any first episode of anything has the delicate task of introducing a lot of brand-new elements to an audience, but there’s a lot of room to use Watts’s impeccable timing and develop a potent comedy team with the host. I’m sure that will come later on. The question bit, borrowed from Comedy Bang! Bang!, felt a bit weird with an audience (and without the sense of absurdity that defines CBB), but it still made me laugh.

A lot of the elements of a successful late-night show are already in place on Late Late, and there are just enough new elements that it doesn’t feel like a hopeless retread. This is clearly a show designed to appeal to a growing segment of the audience that just wants to feel good, that doesn’t need snark, sarcasm, or transgression with the comedy. Considering the rather grim tales told on the news every night, I can’t begrudge anyone their right to smile.