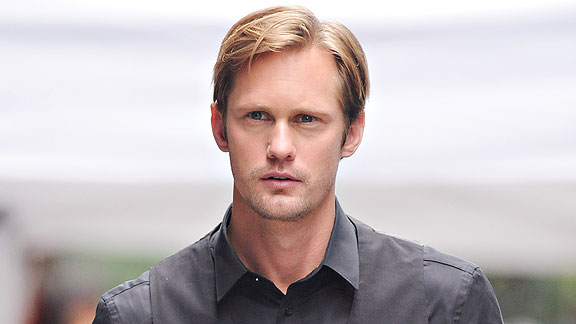 Alexander Skarsgård is in discussions to join The East, another project the ascendant Brit Marling (Another Earth) both co-wrote and will star in. It’s a thriller about an eco-terrorist group fronted by Skarsgard’s character and infiltrated by Marling’s character. Marling is currently adding make-out scenes to the screenplay. Grade: B [HR]

The Shield creator Shawn Ryan has linked up with screenwriter Karl Gajdusek to sell ABC a new pilot, The Last Resort. Set in the near, even-more-messed-up future, it focuses on the crew of a U.S. nuclear submarine that refuses to shoot its missiles, then declares itself, with 24 nuclear warheads, the world’s smallest nuclear nation. Well, that sounds awesome. Grade: A [Deadline]

Up In the Air co-writer Sheldon Turner’s production company Vendetta has sold Hyde — an updated take on Dr. Jekyll and Mr. Hyde, in which Jekyll is a mild-mannered ER doctor whose id takes over following an experimental treatment for a degenerative eye disease — to ABC. You know what would not have been a good alternate name for this show? Katie. Grade: C [Deadline]

Modern Family‘s Eric Stonestreet will star as Fatty Arbuckle in HBO Film’s The Day the Laughter Stopped. Written by Kirk Ellis and to be directed by Barry Levinson, the movie will center on the false accusations of rape and murder that sunk Arbuckle’s career. Finally, Stonestreet will get to flex his “act-like-an-alcoholic” muscles. Grade: B+ [Vulture]

Hilary Duff has been dropped from The Story of Bonnie and Clyde, with speculation as to why centering the fact that she recently announced her pregnancy. The producers of the movie, Tonya Holly and Tom Rogers, though, deny that’s the case. “We just finally realized she wasn’t a very good actress,” they did not add. Grade: B+ [HR]