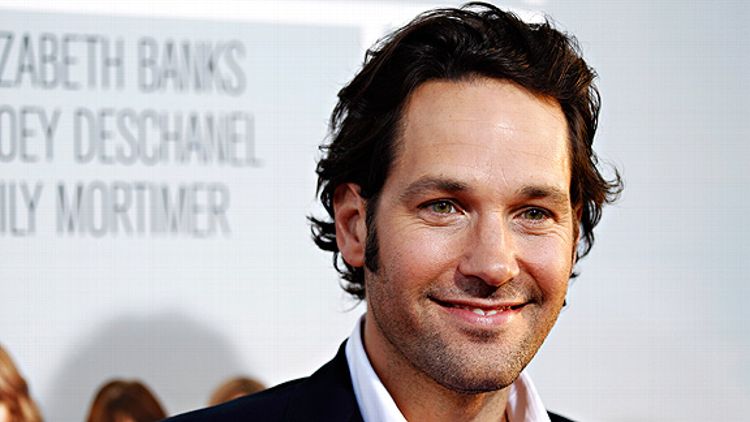 Paul Rudd as an actor is extremely glib and likable. On the phone he’s no different. We recently spoke with him on a variety of subjects ranging from his new movie, Our Idiot Brother, to facial hair, hippies, incest, and his I Love You, Man-esque relationship with Jon Hamm. He wouldn’t share details about his role in Judd Apatow’s top-secret, currently-filming, quasi sequel to Knocked Up, in which he once again plays husband to Apatow’s wife and father to his kids, but he did admit to the existence of at least one human being immune to his charms: 8-year-old Iris Apatow.

In Our Idiot Brother you share the screen with a number of intriguing co-stars, the most interesting, of course, being your giant beard.
I like beards, and I’ve had them fairly often. But usually in the winter. I don’t think I’ve had a beard quite that long and bushy in the summer. And when we were filming last summer it was 100-and-some-odd degrees. It was kind of a drag.

Traditionally, you’re the guy that gets to have dinner with schmucks. Yet this time you actually get to be the idiot.
I never thought of the character as being dumb! He might make some choices that are considered idiotic — like selling weed to a uniformed police officer, which, yes, is superdumb. But I think of him as idealistic.

Did that idealism and hippieness resonate with you? More often than not you’re typecast as a straight-laced character.

Click here for all of our interviews with fascinating people from the worlds of sports and pop culture.
Well, I did used to have really long hair. But it wasn’t necessarily inspired by hippiedom as much as it was by Michael Hutchence and the movie The Lost Boys, which I thought was supercool; I was living in Kansas, and you didn’t see long hair on guys all that much. I was always really into having my own look. In eighth grade I wore a tie to school every day. I didn’t own jeans. But it wasn’t a granola thing, it was really more of an INXS thing.

What about in college?
For a while I tried to masquerade as somewhat of a hippie because I was under the impression that was the kind of guy girls would like. I was pretty unsuccessful because I liked the idea of camping more than actually camping. I did go to a Grateful Dead concert, but I was pretty bored.

Since you mentioned Michael Hutchence, I have to ask: Did you ever go full Hutchence? Did you tie your hair back with a rose?
I don’t think I could’ve pulled that off, but I definitely would have tried. You know, I also had an Adam Ant phase.

Really?
Puberty hit me like a Mack truck, and my hair went from straight to curly overnight. But it was an easier pill to swallow because Adam Ant had curly hair. I used to ask my mom to try and shave my head on the sides to give me a receding hairline because Adam Ant had one. I didn’t know what a receding hairline was. I just thought he looked cool. She said, “Absolutely not,” but I was used to that. She also shot me down when I asked if I could bleach just the top of my head like Howard Jones. Any other kid would’ve been like, “Fuck you, mom! I’m bleaching my hair.” I was too nice.

You asked her to enable you! Your mistake was trying to get her involved.
I tried to make her an accomplice to the crime. She wouldn’t let me grow a rat tail when I wanted. Or have a receding hairline like Adam Ant. It wasn’t until I was 18 years old — able to register to vote, and by and large considered an adult — that I decided to do what I really wanted and no Mom or Dad was going to stop me. That’s when I went full-on Hutchence.

We should move on before this begins reading like an interview with Moustache Aficionado but I have to ask: You’re a father now yourself. When your kids come to you and ask for the haircut of the day — the Bieber, or something far worse — what position will you take?
You can make a lot of mistakes with hair because it grows back. It’s tattoos where I would put my foot down. There’s no coming back from that. If my children were to bring it up, I would calmly explain to them that I used to be really into bolo ties. I thought bolo ties were the shit, especially with my long hair. Now imagine a bolo tie you could never take off. That’s a tattoo.

Let me ask a non-hair-related question. In the movie you have to cultivate relationships with actresses with whom you’ve acted before. Is it more of a challenge when you have to play against Elizabeth Banks as your sister when you have an established history of making out with her on film?
Oh, I did a short film with Zooey Deschanel, too, where she played my wife and we made out. When you think of it in those terms, it’s gross.

People always refer to your frequent involvement with Judd Apatow and his crew as “incestuous.” It might be a little more appropriate here.
Not to sound pompous in any way but the role that presented me as a gift to America was that of Josh in Clueless. And in that one I’m hooking up with my actual stepsister. This is a running theme. Maybe I’ll work on the American adaptation of The Cement Garden. Do you know it?

I do and this might be a wise career move because America has clearly spoken and will accept you as someone who “loves” family members.
Yeah, man. I think love is love. It makes me ask the question “What is love?” Which brings us back to Howard Jones. My next role will be as a brother who loves his sister, but he has spiky blond hair and his own personal mime.

You’ve recently started working on the new Judd Apatow film. How do Maude and Iris Apatow feel about you pretending to be their father again?
In the beginning they felt a little weird about it. I met them when they were very little, around Anchorman. And there was a scene we did for 40-Year-Old Virgin that was cut from the movie where Judd was carrying Iris, who was probably two or three at the time. In the electronics store where we worked there was a robot, and I was improvising and started yelling at her, “Don’t! You cannot touch this robot!” She started crying, and ever since then I’ve been the mean guy who yells. She would laugh at some of my bullshit, but inevitably she’d creep back around to total judgment. Now that she’s eight, though, I hopefully have erased that trauma.

You and your friend Jon Hamm seem to be carrying out a very intense flirtation via the press. You call him “super handsome, really smart and very good at sports,” he calls you “adorable.”
I’ve known that guy half my life, and people, at first, never realize how funny he is. At heart he’s a big comedy nerd who has an encyclopedic mind for anything.

There you go being nice to him again! I thought it might be time to take a shot.
But he is genuinely a very bright guy! And he’s athletic! I mean, we do have a very competitive relationship. When I say competitive, I mean we play chess a lot. And Scrabble. So when I say he’s a comedy nerd at heart, what I mean is that he’s just a giant nerd at heart.