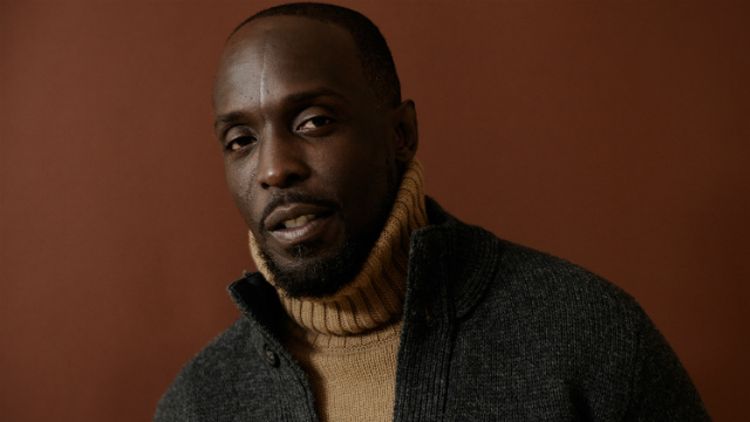 With a vocal fan base extending from Facebook to the First Family, Omar Little was always the favorite to win our highly subjective Smacketology tournament. The incomparably gracious Michael K. Williams — the man behind the shotgun — took some time away from filming the third season of Boardwalk Empire to bask in his victory, and hopefully enjoy a well-earned bowl of celebratory Cheerios. (They’d best be Honey Nut.) Funny and humble, Williams’s only request was that we shout out his Twitter followers so they could take part in the virtual championship parade. Follow Michael here — but remember one thing: If you tweet @ the King, you’d best not miss.

Congratulations! How do you feel?

I feel good! I need some Gatorade dropped on me.

When did you find out about the bracket and how closely were you tracking it?

I found out about it all on Twitter and I followed very closely. When Sonja Sohn started going hard about it I thought, Oh wow, only female on the show, she might give me a problem. But I just kept going with it.

Click here for all of our interviews with fascinating people from the worlds of sports and pop culture.
Wendell was going hard, man! I was up against some stiff competition for sure. I just saw something posted by James Ransone, who played Ziggy, saying it was no fair putting him up against Omar in the first round!

Was there any point where you were actually nervous about the outcome?

Absolutely! When I saw they had Stringer against me, I thought for sure he was gonna get it. But the fans, they spoke.

Were there any characters you would have voted for outside of yourself?

I always said that if I didn’t get a chance to portray Omar, and I could have picked any other character, it would have been Bubbles. I liked what that character represented: the struggle that was real prominent in Baltimore, the addiction. Bubbles had his own moral code that he walked to. I always wanted to see him win.

And yet you crushed him in this.

[Laughter.] It’s Omar! What do you want?

As the person closest to him, why do you think Omar won so easily?

Some conspiracy theorists suggested the whole thing was rigged by the Oval Office.

Well, it definitely didn’t hurt Omar’s chances that the president kinda fat-fingered him! No, words can’t express how humbling that feels. I tend to not take the admiration for Omar and put it on me. That was a character, that’s his love, and I’m grateful to have been chosen to portray him. But this is one of those times when I say, Omar, I gotta take a little bit for me now!

Be honest: How relieved were you when you saw that Kenard wasn’t in the bracket?

[Laughter.] I think he was more relieved than me! Poor Kenard. He gets no love! No one likes that character behind what happened between him and Omar. But he’s a good kid in real life. I didn’t want anybody to say anything crazy about him.

But you have to have liked your chances in a rematch.

The rematch would have been cool. “Little piece of you-know-what, come here! Tryin’ to take Omar.” [Laughter.]

One thing this competition allowed us to do was go back and appreciate how physical and unique your performance was. Here was the scariest guy in Baltimore, and yet he was surprisingly small and gentle.

Coming from the streets of East Flatbush, Brooklyn, I had a lot of people to do research on in regards to the menacing aspects of Omar. I learned how to shoot a gun from someone in my neighborhood. How a real dude on the street would do it. But it was real important to me not to play Omar as an Alpha Male. That’s not me. I’m not that mind-set. So I played to his vulnerability. He’s extremely sensitive, but it’s his vulnerability that makes him volatile.

As the champion you should be able to pick your own highlight reel. What scene best represents Omar in the way you sought to portray him?

Wow. That’s hard. I think it was in Season 1 when he was hiding out in this young lady’s house who was getting high. He sat there, tender, with this woman’s baby while she was using. The average person on the street would have disrespected her, called her a name, took over her space. But he was gentle and respectful with her and her child while he’s looking out the window plotting to kill Barksdale and his crew. That duality right there. Stroking the baby’s head while planning a murder.

Finally, let’s pretend this was a real March Madness tournament. The confetti falls, you’ve just cut down the nets, and it’s time for your first on-camera interview as champion. What do you say?