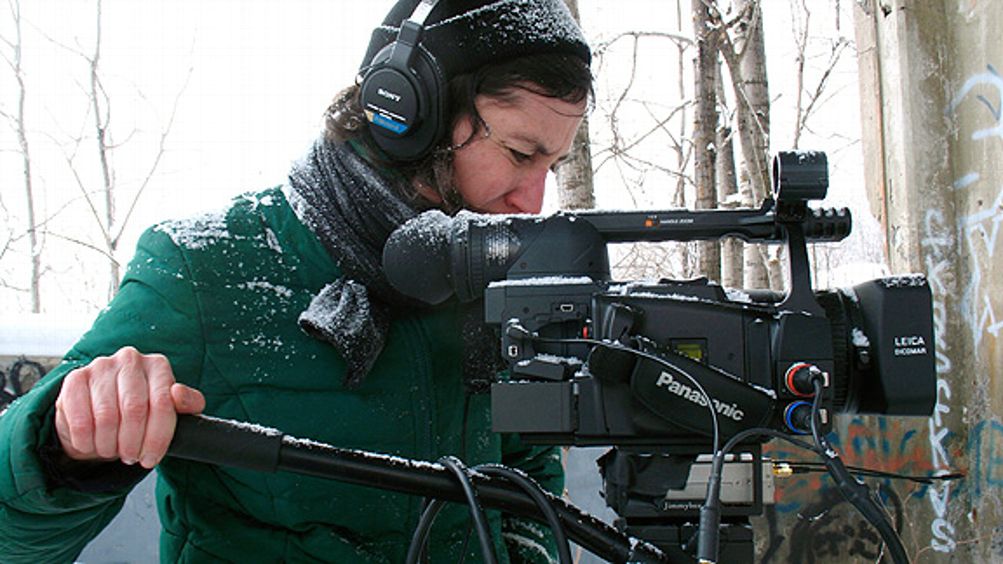 Where Soldiers Come From is a documentary, directed by Heather Courtney, that follows a group of friends from a small town in Michigan’s Upper Peninsula over the course of four years as they graduate high school, join the National Guard, head to Afghanistan for a nine-month tour of duty, and return home, damaged from their experience overseas. Grantland’s Davy Rothbart recently spoke to Heather Courtney about her debut film.

Grantland: How did you meet Dominic Fredianelli, Cole Smith, and Matthew “Bodi” Beaudoin, the three young soldiers featured in your documentary?

Courtney: I grew up in Houghton, Mich., which is adjacent to Hancock, where Dom, Cole, and Bodi grew up. I was in film school at the University of Texas and had gone home with the idea of making a film about the place I was from. I heard about a National Guard unit that had its monthly training sessions close by, and the first day I went there to visit, I met Dominic. It turned out that his dad had been a guest at a wedding I’d been to recently, and that we knew a lot of people in common. As I began to shoot footage with Dom and his friends and got to know them, I found myself deeply compelled, and knew that this was a story I wanted to follow. Rural America is affected disproportionately by the wars in Afghanistan and Iraq — so many soldiers come from these small towns. I wanted to make a movie that conveyed a sense for how the soldiers are affected by their time overseas and also how those left behind are affected by the departure of their loved ones.

Grantland: You spent three months embedded with Dom, Cole, and Bodi’s unit in Afghanistan, driving around with them on missions in their armored vehicles. How scary was it?

Courtney: It’s strange — for the most part, the missions were very tedious. We’d drive around for hours and hours every day and nothing would happen, and then all of a sudden a bomb would blow up under somebody’s truck. I rarely felt scared or in serious danger, but then again, I was never in a truck that got hit by an IED. You get lulled into a false sense of security. If I’d have experienced one of those blasts at close range, I’d have probably been a lot more scared. We always went in a convoy with 12 trucks, trying to remove or detonate bombs to clear the way for units of soldiers coming behind us who didn’t have the same kind of armored vehicles. I was in convoys that got hit, but it was never my truck.

Also, I was only there to film what was happening, so I never had any responsibility for what came next, after an attack. The soldiers had a lot more pressure and stress on them than I ever felt — I was really just an observer with a camera along for the ride. Their daily pressure took a toll, I think. It really added up. That’s why so many of them returned with lingering stress disorders, along with the brain injuries suffered when their armored vehicles hit roadside bombs. How do you turn off that constant sense of readiness? You can’t.

Grantland: What kind of challenges did the soldiers face upon their return? What can be done to better assist our returning veterans?

Courtney: Returning from a combat zone to civilian life is extremely difficult. You have trouble adjusting socially to the rhythms of life at home, plus you’re dealing with all kinds of residual mental and physical health issues. Just getting the services you need can be a challenge. A traumatic brain injury is incredibly common among returning soldiers, but it’s a silent war wound, and the military and VA hospitals are still learning how to treat it effectively. I hope more attention can be paid to the effects of repeated exposure to concussions, and I also hope that Guardsmen and other reserve soldiers who’ve fought overseas can begin to get the resources and support they need upon their return home, and not the short end of the stick. They’ve put their lives on the line, and they deserve more.

Davy Rothbart is the creator of Found Magazine, editor of the Found books, author of the story collection The Lone Surfer of Montana, Kansas, and a frequent contributor to public radio’s This American Life. He’s also the founder of an annual hiking trip for inner-city kids called Washington II Washington.

What’s Your Deal? With Bismack Biyombo