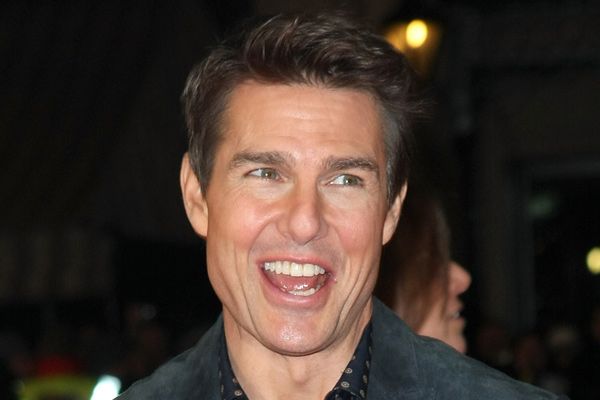 Former Village Voice editor-in-chief and Scientology-busting enthusiast Tony Ortega shot footage of former Scientologist and producer/musician Titziano Lugli listening along to an anti-Xenu rap. It features Nazanin Boniadi, the actress who once auditioned for the role of Tom Cruise’s girlfriend, singing that the religion is “a blind alley, like Kirstie Alley.” Hmm. Maybe they need L.A. Reid for rewrites before this tops the charts. Former high-level Scientology official Marty Rathbun has the best flow on the track, which … you know, make of that what you will. With lines like “Scientology’s being toasted / by a midget with a blowtorch / Pretender to the throne / he’s just a big-ass pain in the zorch,” I wonder if David Miscavige is even going to bother to sue. There was a real missed opportunity to near-rhyme “niacin” with “Organic Liaison,” but I guess they’ll be saving that for the remix. Mel Gibson’s ex Oksana Grigorieva also plans to release a hip-hop album. Her last mixtape got a lot of plays, I guess.

• Katie Holmes double-fisted champagne and Diet Coke at a Broadway Dreams Foundation gala. From now on, her name is Bubbles.

• There will be a sequel to Alice in Wonderland, but probably no Kill Bill Vol. 3. Also: Tarantino has no plans to direct a Bond movie, because “Casino Royale was the one I wanted to direct, they missed their opportunity.” I’ll be in my room, refusing dinner and writing in my diary about this.

• Lagos, Nigeria, now has its own version of Monopoly. Great, because I need to know how to invest that 1 million U.S. dollars I keep getting e-mails about. Time share on Banana Island, here I come!

• Brigham and Women’s Hospital is studying the quills of porcupines to design better needles. So begins the countdown until we see an episode of Intervention with a guy creeping around a zoo after midnight looking for a fix.

• Obama has gotten his very own dinosaur, the Obamadon. Surprisingly, very few dinosaurs have been named after people, but this should inspire hope that our children will grow up in a world where they study the ruthless, five-horned Dave.