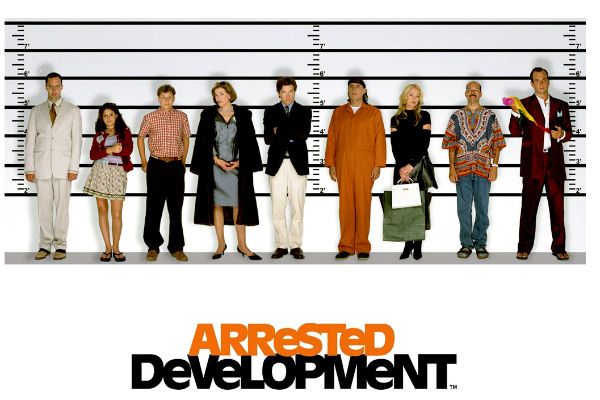 As Deadline reports, Arrested Development 2.0 — currently scheduled for a spring release via Netflix, that bastion of FNL episodes you’ve seen 1,000 times and John Malkovich movies you never knew existed — has ceased production. But with good reason! It turns out that, while filming the current 10-episode count, creator Mitch Hurwitz just had too many ideas. He shot more than he had planned to, and the result was story lines he hadn’t previously thought of. So then he went to the Netflix people and said, “Hey, you guys like Arrested Development, right?” [Content murmurs.] “How about more of that good good?” [Ear-piercing shrieks.] Netflix signed off on new episodes, for a total of between 12 to 15, and then everyone went about making plans for that to happen. Says Deadline:

As a result, production on the show, originally slated to wrap right after Thanksgiving, was extended for a few more weeks. But, given the complexity of adding material as you go on a show where none of the actors are in first position so filming has to be done around their existing schedules, I hear 20th TV at the end of last week decided to pause production so Hurwitz can review the footage already in the can and take his time figuring out the best way to incorporate the new arcs into the show. Once he is done, the studio will begin working on securing the actors needed.

And, with shooting scheduled to return in late January, the show should be able to make its slated goal of having all episodes (the official final count won’t be announced for a while) available simultaneously at some point in the spring. So Merry Christmas, TV nerds: This year, you’re just getting everything you asked for.