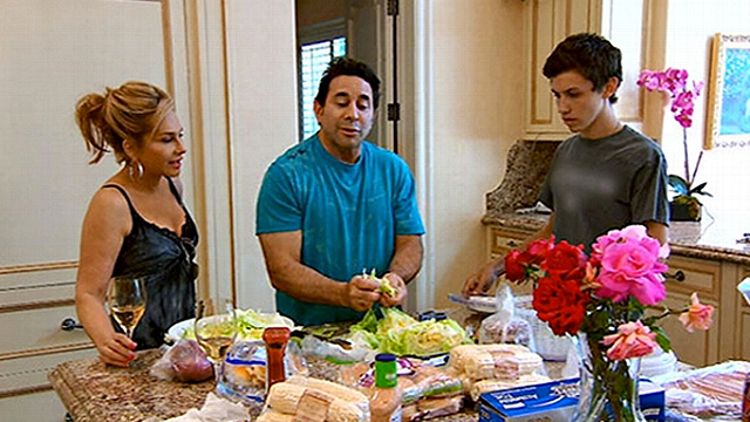 This is Adrienne Maloof. Adrienne’s family owns the Sacramento Kings NBA franchise and the Palms Resort and Casino in Las Vegas among other things/ideas, and they are all very wealthy, or maybe they aren’t. Right now Adrienne is suffering a bit of an undefined crisis, one that we now know ends in a bitter, very un-amicable divorce from her husband, Paul Nassif, and which has manifested itself in even more hostile and defensive behavior than normal. Like a closeted jock being unusually vigilant about anything that seems a little gay, only someone who has a lot of bottled-up turmoil will go out of their way to point out when “Uh-oh, somebody’s crying.” (She who smelt it probably dealt it or fears she will be dealing it in the near future.) Only someone with precious little else fulfilling and immaterial to hang onto in her life will offer an apology as unconvincing as this one. It’s hard to admit you were wrong about your friend going to the tabloids when being the righteous whistle-blower accounted for so much of your self-worth.

Perhaps sensing that an image crisis was imminent, Adrienne decided to let the Bravo crew see how family-oriented and down to earth she is, especially when compared to that loose cannon truth cannon Brandi Glanville. So she, Paul, their two gawky nephews, and a beleaguered-looking housekeeper (“Sally,” and honestly, the moment when the chyron for the help comes on screen is usually in the top five saddest things in any episode), gathered awkwardly in the kitchen to “have a barbecue,” to show us all at home how often they do things like have barbecues. “Paul and I are having a barbecue with Paul’s nephews. It’s a great day,” Adrienne tells us flatly. “I’ve got family around me, and that’s what’s important.”

Paul has been tasked with shredding a frankly excessive-looking amount of iceberg lettuce, because no barbecue is complete without a big pile of iceberg lettuce. Adrienne, who last year tried to wash a chicken with soap, notices that her husband is incorrectly shredding the iceberg lettuce and goes over to set him straight. Adrienne and Paul love to joke about what a useless fuckup Paul is. “Watch this, Chris,” she says to her nephew, with a big, hearty laugh, silently congratulating herself for remembering his name. She stands next to her husband, grabs a handful of the pale leaves off the counter, and proceeds to demonstrate the proper shredding motion, all while laughing hysterically. The “mischief in Beverly Hills” theme fades in, all prickly pizzicato and diluted Latin rhythms. Shredding lettuce in a mansion, the music seems to say. Look at the things we do with our lives.

Note: The following is apocryphal material, based purely on conjecture, fact-based imagination, and/or guesstimates.

Meanwhile, Adrienne’s actual children, whom she has not allowed to be on camera since the show began, sit upstairs with the nanny as the smell of grilling meat and the sound of the splashing pool waft up to their room.

“It’s mommy and daddy’s TV time,” the nanny says, flipping through an Us Weekly absentmindedly. “She’s gonna show the men with the cameras about how much she loves her family.”

“But I want a hammurger,” 6-year-old Colin says, adorably mispronouncing the word “hamburger.”

The nanny peers out the window, trying to judge if she could make it to the grill while staying out of the cameras’ lines of fire. Better not.

“Tell you what, we’ll order some food,” the nanny says, reaching for her cell phone. “Who’s in the mood for Asian fusion?” 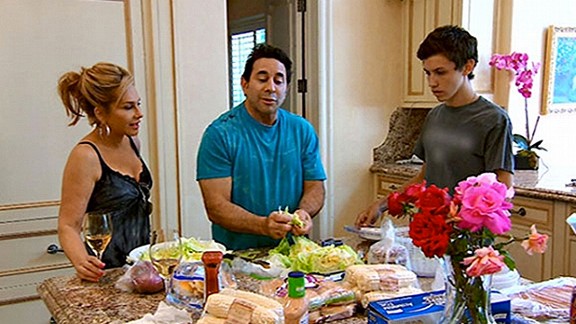 Making Sense of Al Walser and the Grammys EDM Mess