The Saddest Thing That Happened on The Real Housewives of Beverly Hills Last Night: It’s Maloof-a-licious 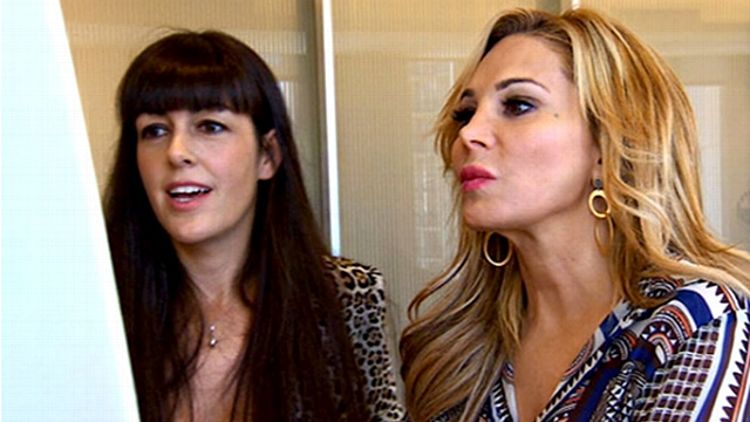 “I hope Brandi is having fun in Vegas; I have a business to run.”

Adrienne Maloof wanders down the drafty, eerily quiet halls of the office building, double-checking her phone to make sure that she has the correct address for the California Accessory Group. This isn’t where they had her go the last time she had to meet with them, and the building seems oddly vacant. Maybe they’re just in the middle of moving in. Yes, that explains the ripped-out phone jacks strewn on the carpet. She’s about to call Richard again when she hears a soft clatter of metal and foam core and someone cursing as a light flickers on in a conference room at the end of the hall. Phew. She thought she was on the right floor!

She opens the door and steps into the light-filled conference room, its panoramic view of some other office buildings in Beverly Hills filling the long window. Her initial worries are quickly fading away — this is some class! As she takes in the view, Richard, the president of the California Accessory Group, and some woman with long, dark hair whom she’s never seen before hurriedly kick aside their broken easel and prop up their presentation boards on the floor, then come to greet her, the woman going in for a kiss and hug first.

“Nice to see you,” Adrienne replies.

She hugs and greets Richard, already looking over his shoulder and sizing up the doodles on the foam core. The pictures are a little small, but at least they used a nice, clean sans-serif font.

“So well-prepared,” she says.

“We’re ready with the presentation,” chimes in the woman. She has an accent. She probably knows her stuff.

“Can I just say one thing?” Adrienne says, sitting on the edge of the table in front of the boards. “You saw my spring collection. For my shoe line. Which …”

The woman looks at Richard for a split second, not sure how to tell Adrienne that she had three Craigslist interns scouring the Internet for eBay thumbnails of her last collection because every link on adriennemaloof.com redirects back to adriennemaloof.com. But Richard’s a pro, and of course he’s already spewing beautiful, reassuring “Yeses” over everything Adrienne says.

“Yes,” he says again. “And we think it’s going to complement the shoes beautifully. Because, you know, summer’s a little bit lighter.”

“It’s beautiful. I see it,” Adrienne says before he’s finished his sentence, pointing and nodding at the foam core, comprehending. Richard truly has thought of everything.

The woman starts talking. “We started with the logo,” she says, directing Adrienne’s attention to a series of bags with the letters A-D-R-I-E-N-N-E-M-A-L-O-O-F scattered across them, like some kind of fun, sexy, leather word scramble. “We wanted to take your logo and make it a little not-so-obvious, to play with that a little bit, because there is this whole trend of typography.”

“It won’t be printed, it will be laser-cut,” says Richard.

“You like it?” Richard asks, his face flushing slightly.

“Yaaay,” the woman says, clapping her hands with approval as Richard exhales a sigh of relief before dissolving into flustered giggles. They’ll be able to get those Starbucks cards they promised in the intern post after all.

“Yes, very good,” Adrienne says, still staring at the jumble of letters, joining in with the woman’s applause for a few claps. “Thanks.”

Adrienne turns toward him with her first distinguishable smile of the day. The creative process is so amazing; one never knows what one will come up with in the boardroom. “I like that!” she says, goose bumps creeping up her arms. This is what she lives for; this is what being an independent businesswoman is all about. “I like that. Can we use it again sometime?” 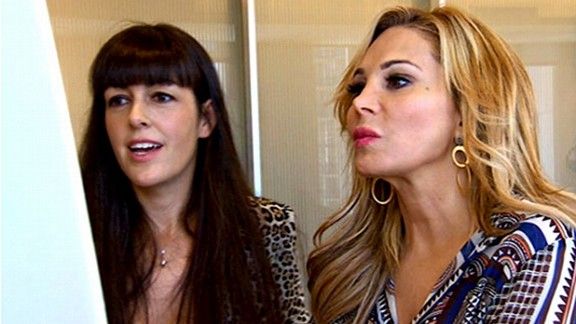