A Brief Conversation About the American Idol Top 13 Results 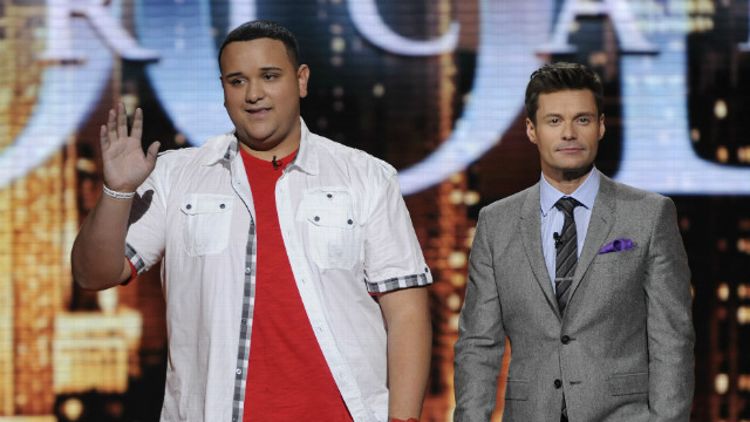 Grantland Idol experts Mark Lisanti and Jay Caspian Kang promised — well, maybe they just hoped a crazy, misguided hope &#8212 that they’d leave the results show alone. But here they are, with opinions. You can’t ask a dove not to fly, a salmon not to swim upstream, a depressed armadillo resigned to its fate not to waddle into the middle of Route 66 to meet its Mack-truck maker. So here we go.

Kang: It didn’t really matter, as Jer-Bear would’ve been the next man out, but given the choice between him and Elise Testone, I would’ve gotten rid of Unfortunate Experiments With Bronzer and Eyeliner Testone (UEWBET), not because she was any badder, but more because she’s never going to recover from that unfortunate “attitude” slip-up in Week 1. One thing I’ve learned from the sports world is that you can do all sorts of terrible, criminal stuff, but you really can’t seem unappreciative of your opportunity. If America can fill your name into the following sentence: “If I had ________’ s opportunity, you better damn well believe I’d give it my all,” you’re going to end up in Celebrity Rehab. “Astro, despite having twice the talent as UEWBET, never really recovered on X Factor. Elise will be gone next week, unless America tires of Jermaine Jones’s absurdly high opinion of himself.

Who do you think is the next person out?

Lisanti: Now that the judges are apparently relinquishing their magical ONE NIGHT ONLY JUDGES’ CHOICE! powers and returning the culling blade to the grubby hands of 13-year-old Ashleigheey Tweenson-Boppington in suburban Dallas, they can no longer protect pet contestant Elise Testone from America’s indifference. She’s not Aspirational BFF material, she’s not killing the performances, and her hat selection has been consistently alienating. She is not long for the epilepsy-beckoning LCD shitshorm that is the new Idol stage. A tough break for Jer-Bear that his card got pulled on Judges’ Night, but he wasn’t sticking around much longer. Once the voters got around to jettisoning Jermaine, he was next.

You’re picking Jermaine next, aren’t you? Be gentle, or he may inadvertently suffocate his bunny, George.

Kang: Another thing America hates? Marginally talented, petulant dudes who feel entitled to superstardom. If you can really dance, play middle linebacker, and/or sing, you apparently have license to beat your girlfriend, pee on teenagers, drive drunk, or stab someone in a nightclub. Jermaine can do none of those things. His anger over any harsh word, any form of constructive criticism, will certainly alienate the rest of his voting base (seriously, who voted for this guy?) and will turn off any future employers. Jermaine, you have one possible future in show business: the third understudy for Harpo in The Color Purple, so do yourself a favor and stop acting like such an asshole. Just because one deep-voiced dude won last year doesn’t mean that there’s suddenly a run on baritones. Shit, even Boyz II Men dropped the dude talks at the climax of “End of the Road.”

After seeing your tall, tall, tall girl Shannon Magrane standing so tall-y in the bottom three, how do you feel about your proclamation that she would be the eventual winner?

Lisanti: Faith is blind. I was worried about her for only for as long as she was sitting on one of those shiny CB2 egg-cup barstools with the Bottom Six peasants. She really wasn’t a disaster this week; her biggest failing was only delivering about 70 percent of what she should have on Half-Whitney Night. I predict a full rebound next week, after a pep talk from Big Daddy Show calms her nerves. Drawing on his experiences competing at the highest levels of human endeavor (well, maybe it wasn’t the World Series, but still), he’ll remind her of the time he struck out Pedro Guerrero on three pitches (two high and tight, one in the dirt) in the very next at-bat after unexpectedly getting taken deep by Mickey Hatcher. Next week she’ll spike her song into Elise’s face like she’s the bitchiest setter in the entire Tampa-area private-school volleyball league. Book it. Get out’the way! Magrane Train coming.

Trailers of the Week: MiB III, Bernie, That's My Boy, and More